Eddy Pirard is a Belgian national and a product of HEC Liège, where he completed a combined commercial and engineering degree. He then went on to work for Procter & Gamble as his first job after military service and was the recipient of a scholarship by the Belgian Government, which sent him abroad for a year in California. From there, he found the appetite to do an MBA, which he completed at Harvard Business School. After, he joined the consulting firm McKinsey and Co. in London, in the consumer goods practice. He then joined Gallaher, which was acquired in 2007 by Japan Tobacco Group (TYO: 2914), the parent company of what is now known as JTI.

This led him to where he is now: CEO of JTI.

In our Front Cover Feature this month, Eddy walks us through his inspiring journey at JTI, his aspirations for the company in its goal to empower consumer choice and gives an insight into the current state of the tobacco industry today.

Tell us about your early career path; what attracted you to your first position?

Let’s be honest, few people have it as their dream to work in the tobacco industry, but once you interview and talk to the people who work here—especially at JTI—you realise the kind of amazing people who are involved.

In 1997, a headhunter set me up with an interview without telling me the company I was interviewing with. He probably thought I would immediately say ‘not interested’ if he mentioned tobacco. Yet, I went in with an open mind. I enjoyed hearing about the challenges that the industry was facing, and I remember coming out of the interviews at Gallaher quite energised and intrigued. I went home fully intrigued by the idea of working and contributing there.

My path to CEO has been varied. My first job at Gallaher in 1998 was a blend of different responsibilities due to the size of the management team back then. I was responsible for corporate strategy, strategic planning, mergers and acquisitions and a few other things. I then went to profit and loss management, where I was responsible for the OTP (Other Tobacco Products) business, or products outside of cigarettes.

When the JT Group acquired Gallaher in 2007, I was appointed as the Member of the Board, in charge of the UK and Ireland region. I was then promoted to oversee the Western Europe region. From there, I was promoted to a position with a more global scope, involving business development, corporate affairs and communications. The bulk of my focus was still driven by a growth agenda, however. This meant that I spent a lot of time and energy dealing with M&A activity. After another 3 years, I was appointed CEO of JTI. 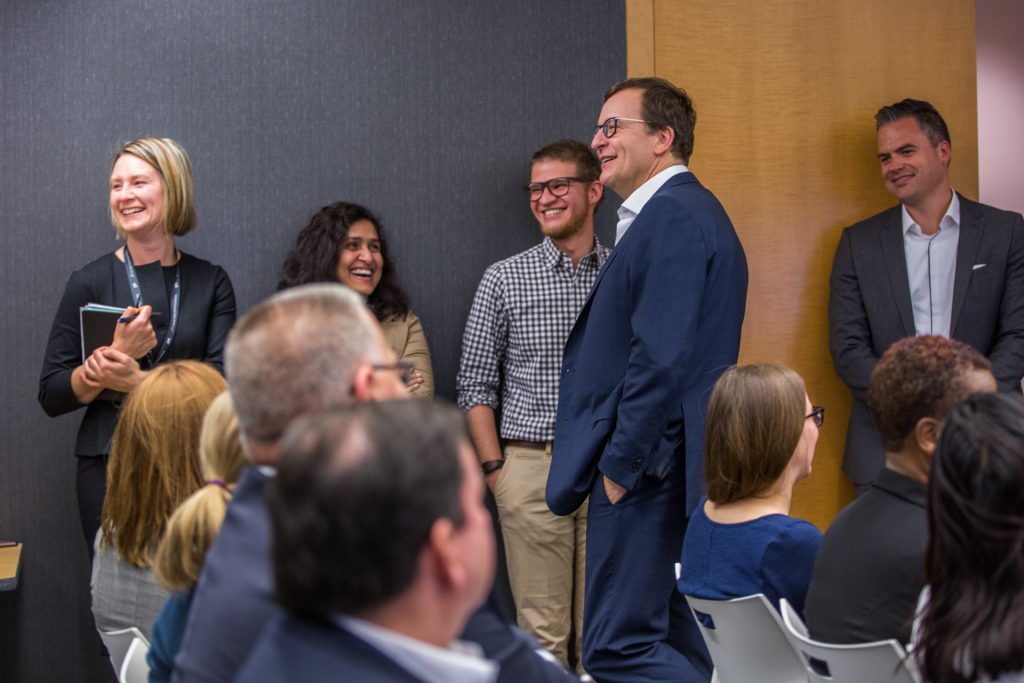 We have achieved quite a lot, I believe, even if more has to come. We do not like to brag about our achievements – perhaps it is something we have learned from our Japanese parent company – so it is not very well-known that we have had an uninterrupted twenty-years of constant profit growth, most of it in double digits. It is particularly astonishing in an industry that is under a lot of pressure. We are the third-largest tobacco company in the world and finished last year, my second year as CEO, with a bottom line that grew by more than 11% and top-line growth of more than 7% — quite extraordinary metrics when you think about the industry we are in.

Over the past few years we have also had a very busy period of M&A. We acquired five sizeable businesses around the world. We spent almost $6 billion with a key focus on Asia, where interestingly, even though we are an Asian company, we were quite underrepresented relative to our competitors. We bought a big business in Bangladesh, a very sizeable business in the Philippines and a company in Indonesia, all of which are important for us in the long term.

Also important is the cultural change that I have worked to introduce with my team since I arrived as CEO. Though we had an extraordinary twenty years behind us, we started to be challenged by external factors that affected the way we think. One was after the financial crisis of 2008, when governments started to act more aggressively regarding their own finances. They began looking at how they can make more money out of companies and individuals, and tobacco was an easy sector to target in that regard. Second was the indirect pressure from consumers. Tobacco taxes went up, which meant that retail prices went up, and affordability became more of an issue. Finally, there was the advent of new technology that allowed us and our competitors to develop potentially less harmful products for consumers. This was a game changer.

The Tobacco Industry indeed appears to be changing due to new categories such as vaping products. What do you think of these changes and how important are they to your company?

Reduced-risk products are hugely important. As a consumer-goods company, it is important that we get the right insight to know our consumers’ aspirations, needs or wants. Over the years, we have observed rapid changes in the marketplace.

One example is in Japan. A competitor introduced a product that heated tobacco as opposed to burning it. In Japan, consumers are very concerned about the smell of tobacco and do not want to offend others around them, so when this product was launched, it really caught the heart and mind of those consumers. This was to the surprise of everybody in the industry, including those who launched the product. What was a non-existent category grew within 3 years into about 20% of the industry in Japan today.

This shook the basic premise of our own understanding of consumers, because the spirit of adoption of these products was extraordinary. It is a good example because we are Japan Tobacco, and this is our core market. It has woken up the entire organisation to the need to keep an understanding of what consumers are about and what they are looking for, to make sure that we are developing innovative products that can address their desires. It is hugely important because this is the future, and this is where consumers are telling us they want to go.

We own two umbrella brands in the space of Reduced-Risk Products. First, we have Logic, our e-cigarette brand, and we also have our tobacco-vapor brand Ploom. The marketplace has shifted and the consumer-base for these products is increasing globally. We estimate that there are around 50 million consumers this year that are using vaping products, and we expect that number to more than double by 2025. We see a huge appetite from consumers to adopt products that show the potential to be reduced-risk.

Something of note is the importance of establishing the word “potential.” In our industry, we must be careful about what we say. Until you have secured long-term clinical data, you must be careful about claims regarding the product. The key here is that consumers are more health-conscious, focused on wellbeing and on less harmful products. We do believe, however, that there will be a co-habitation of combustible products and reduced-risk products on a global basis for years to come. 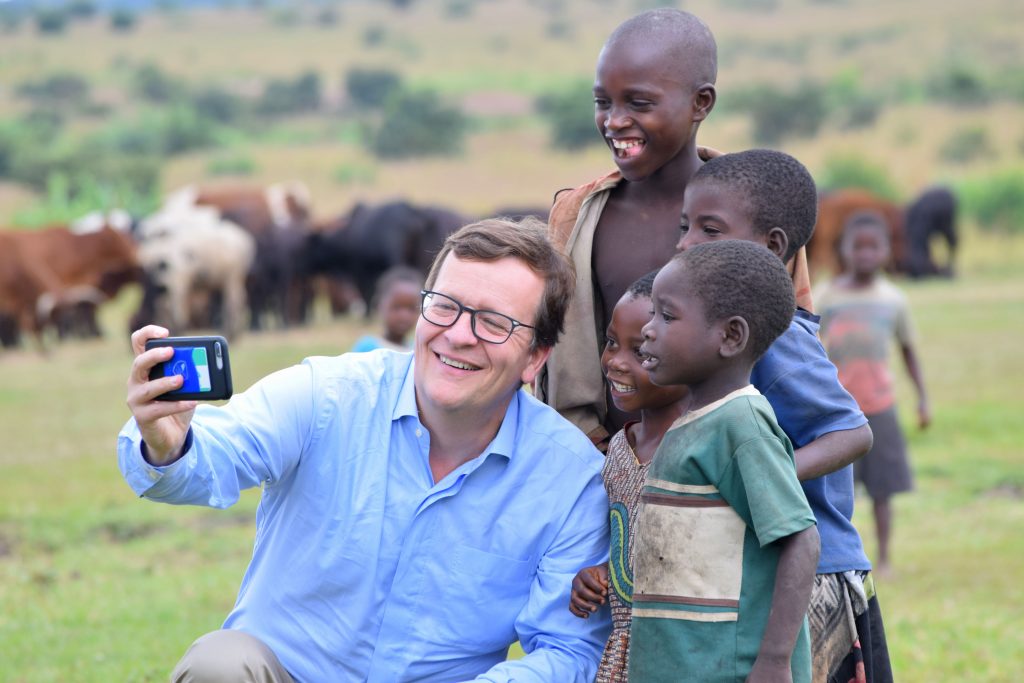 What is your vision for the industry and company as a whole? How are you going to achieve it?

What is important to us is that we always put the consumer and their needs first. A lot of companies talk about consumer-centricity – it is particularly relevant to us because of all the social stigma associated with the product and the public criticism towards it. It is important that we understand our consumers and deliver for them. In this sense, consumer-centricity is our way of life and is our vision of where we want to go: it is about providing choice, transparency and sharing information with our consumers.

That brings us to what makes us different from our competitors: we believe in consumer choice. We are not promoting one product over the other. What we are advocating is products of the highest quality, no matter what they are. We need to treat all adult consumers like adults, in a respectful but transparent way. We need to share the risks associated with our products, but we will not be patronising by telling them what they can and cannot do. We need to give them the choice, and within that, we can help them make the best decision for their needs and what they are looking for. We always argue for freedom of choice.

We are ambitious as a company. We are one of the fastest growing tobacco companies with growth targets both in terms of our product offering and our global footprint. Our success, however, comes because we always put consumers at the heart of everything we do.

It is about providing choice, transparency and sharing information with our consumers.

How would you describe your leadership style?

Inclusive, approachable and empowering. At least that is the feedback from those around me.

There is a mantra that I brought to the organisation when I first became CEO that I believe has resonated with people, which is: Keep it simple, make it happen, and be accountable. I believe that people responded well to this because it addressed some of the things that were impediments of our growth. We are a complicated company that operates in over 130 countries with regulations that differ from country to country. When people heard me say keep it simple, they understood and knew that it was what they wanted to achieve as well.

We have a huge variety of cultures that make it fantastically interesting when communicating with each other. While this can be a challenge, it is also inspiring. A lot of work has been put into bringing these cultures together for our common goal. This is where inclusivity comes into play – it is about all of us at JTI working together. I hope my leadership style facilitates this inclusiveness, as it is a value I hold dear.

One other thing that has helped me in my leadership style is the sense of credibility within the company, not because of what I have done, but because I can relate to people. My professional career path has been quite broad, with past experiences in M&A, marketing, consulting, finance and more, so I am able to relate to people throughout the company. Our shared background brings us all together.

What is the mission or goal that you live by? How do you achieve this?

I have made the decision to work in a challenging industry, and in my role as the CEO, I feel more than ever that I want to have an impact and to help us be known as the company we really are: the most respected and responsible company in our industry. If I can contribute to this and make a difference, I can feel satisfied with what I have accomplished every day.

At the JT Group, we have a system that we refer to internally as the 4S (Stakeholder) Model. The key elements of this model are our Shareholders, Society at Large, our Employees, and the Consumer. Through balancing the interest and needs of these groups, we know we will move forward as a company in the right way – by always being responsible, providing quality products, and empowering our consumers to choose. 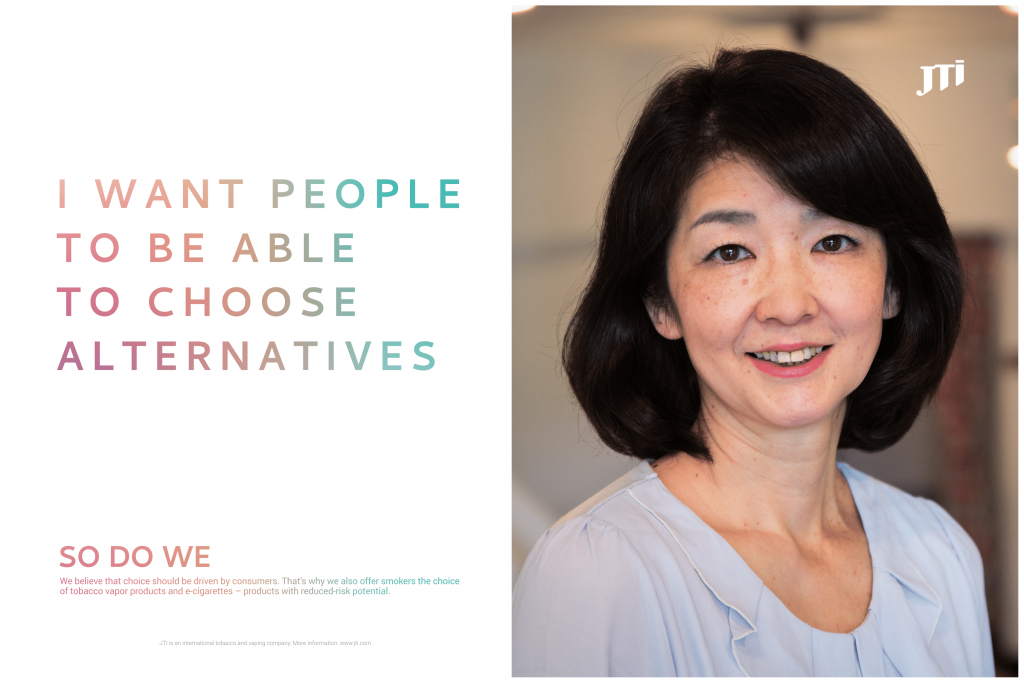