IP in Russia: How Can Rights Holders Protect Themselves?

The economic integration of the Eurasian Economic Union (EAEU) and free flow of goods between member states has represented a positive step forward economically for the region. 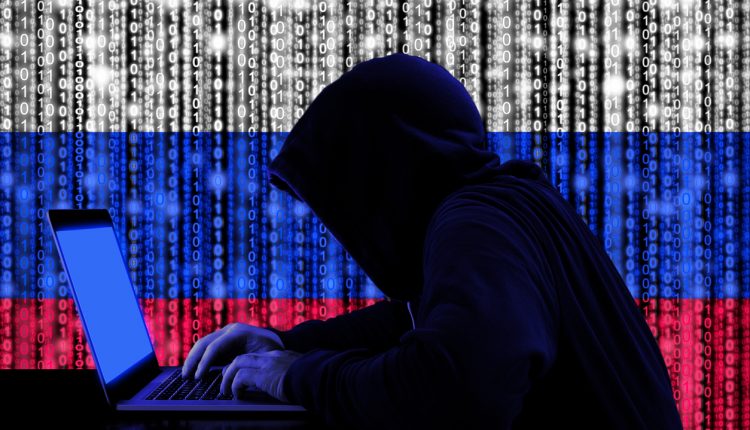 Operating much like the European Union (EU), this has simplified business transactions and regulation and in turn has stimulated growth for Russia and its smaller fellow members. However, according to Nikolay Leshkin, associate in the Moscow office of international IP consultancy Rouse, business leaders will need to be mindful of the potential risks and develop sophisticated strategies if they are to successfully navigate this evolving marketplace.

The EAEU has a “common customs territory” which means that no customs borders and goods can travel freely between member states. In effect, a consignment of goods which crosses the customs border of the EAEU in the Far East of Russia could be delivered to Minsk without any additional customs inspections.

Similarly, the “Trademarks of the Eurasian Economic Union” treaty is expected to come into force after 2020. In much the same way as the European Union’s trademark filing system, this enables applicants to secure protection throughout the EAEU via a single filing in any of the Member States.

The enforcement of the treaty should see a much-needed shift in the IP protection landscape in all EAEU member states; making it easier to enforce trademark rights and for customs authorities to successfully intercept counterfeits.

Whilst positive in a great number of respects, this freedom of trade can also apply to counterfeits, since not all EAEU member-states provide the same levels of customs control.

As a result, this new status quo has unfortunately seen a substantial increase in the volume of counterfeits coming into Russia. Russian custom authorities have ramped up their efforts to combat the problem, but disparities between member state laws and a lack of robust regulation has made this an increasingly difficult task.

As a result, a greater emphasis has fallen upon rights holders to be more proactive in the protection of their intellectual property assets in the region.

A greater emphasis has fallen upon rights holders to be more proactive in the protection of their intellectual property assets in the region.

Undoubtedly, tackling the counterfeit problem has been overshadowed by other cross-border threats for local customs agencies in Kazakhstan and Kyrgyzstan.

The geography of both countries means that they are continuously used as transit hubs to traffic heroin from Afghanistan to Russia and other European countries. As a result, customs authorities and border guards have limited resources, and counterfeits have been handled with whatever remaining funds they have.

Following the Crimean crisis in 2014, political tension between the EU and Russia have been running high to say the least.   The immediate exchange of economic sanctions saw Russia ban all imports of agricultural products, raw materials and foodstuffs originating from certain EU countries. However since other EAEU countries did not support the sanctions imposed on the EU, these products could be imported into the EAEU customs territory via other member-states, and then delivered to a final consignee in Russia.

What resulted was a significant gap in regulation, which allowed Russian dealers to import items like seafood from landlocked Kazakhstan or Mediterranean fruits from heavily forested Belarus. The Federal Customs Service of Russia moved quickly to establish 35 mobile task groups in regions sharing a border with Belarus and Kazakhstan, which aimed to ban these EU goods from entering the country.

As well as the prohibited and illegal goods, a significant amount of counterfeit goods coming across the border were detained by these mobile groups. While these counterfeits were handed over to authorities and destroyed after court proceedings, the concern is that the real beneficiaries of smuggling have escaped justice as a result of conflicting laws and gaps in regulation.

Despite these difficulties, the Russian authorities have demonstrated a strong response to intellectual property infringers. Indeed, the Russian customs authorities consider counterfeits as one of the major threats to the country’s economic security and treat them as such.

As a result, Russian customs have taken a more active approach in addressing the concerns of rights holders over counterfeits entering into Russia. The Federal Customs Service has built a working system of anti-counterfeiting practices which has facilitated greater co-operation between rights holders and authorities. Although the system is far from perfect, it has been effective in enforcing IP protection rules and the destruction of seized goods. This has also led to a significant amount of case wins against counterfeit importers.

The lengths that some counterfeit importers have gone to avoid taking goods through Russia shows how effective the custom authorities have been. In one instance, a counterfeit importer attempted to bring counterfeits from China to the Far East of Russia through Kazakhstan, where the goods were detained in Siberia on their way to the Far East. The importer considered a 5-6,000 kilometers detour as a more secure option to deliver goods to a destination point in Russia, compared to the high chance of being detained by the Russian customs authorities.

The lengths that some counterfeit importers have gone to avoid taking goods through Russia shows how effective the custom authorities have been.

Where does responsibility lie?

In practice, a seller from Kazakhstan can send goods to a Russian-based customer in the same way a simple domestic shipment is made. In a transaction like this, the seller and buyer agree that responsibility for the goods will pass to the buyer after the goods have been transferred. More interestingly, according to Russian law, the seller can’t technically be held responsible to pay a fine imposed by Russian customs once the counterfeits have been transferred. This responsibility is therefore left to the owner.

Another issue is the relatively low fines that have been imposed by Russian courts on foreign sellers, meaning the issue of responsibility can become almost meaningless in financial terms. Indeed, some have been as low as USD 750 for a first offence. Of course, there is also the risk that infringers ignore any court order, dismissing any accountability and the accompanying fines out of hand.

In the current landscape, it is more important than ever for rights holders to take action to tackle counterfeits and those that knowingly trade them.

The EAEU also has a part to play in this, and must work to develop new regulations in order to close gaps in laws and state borders. But as the reform of government regulations could take years, the onus remains on rights holders to protect themselves until this has been done; especially as they already have all of the necessary tools to act right away.

As a first step, assuming adequate IP protection measures have been established in Russia, rights holders should pay particular attention to basic IP protection measures in other EAEU states- especially Kazakhstan and Kyrgyzstan. One action they could take is to extend their critical trademark registrations to these countries, and to register trademarks in local customs records. By doing this, local customs authorities will likely be more aware of threatened trademarks in the region.

A more proactive approach would be targeted action against the consigners of counterfeits in these member states. Filing a civil claim or establishing administrative or criminal enforcement proceedings against those that trade counterfeits could be effective in halting the distribution of these products.

The same approach can also apply to the consignees of counterfeits in Russia. If they are involved in the sale of counterfeits, a deeper more sophisticated Russian investigation could provide the necessary evidence to initiate civil proceedings or address an issue to the police or customs authorities.

As with any market that encourages the free flow of goods between states, it is inevitable that that the domestic markets within will face challenges in controlling what goods come into and out of their country. After joining the single EAEU market, the threat of counterfeits has increased in the Russian market and although Customs authorities have taken positive steps to control the situation, there are issues that remain unresolved. Concerningly so, this could remain a problem for the foreseeable future until all local governments across Russia and Central Asia start to see the damaging effects counterfeits have on international business. Until then, it will be up to rights holders to take the necessary steps to protect themselves.