Here Are the Top 3 Lies About Automation

Automation is arguably the biggest opportunity for UK Business – particularly in the complex political landscape we find ourselves in. 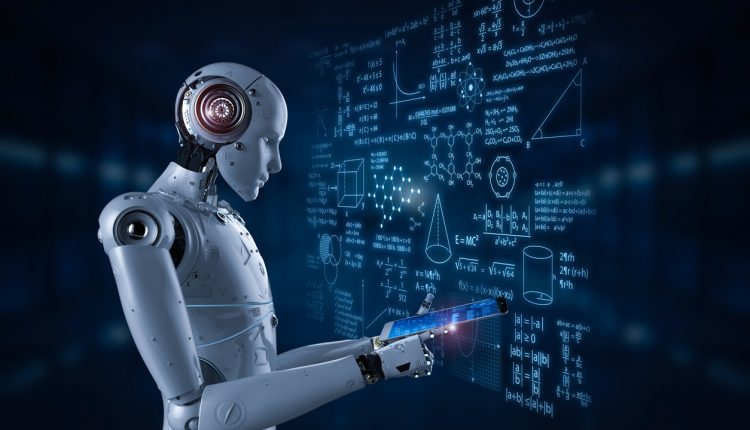 However, rather than embracing automation technologies and using them to position themselves at the forefront of the sectors they operate in, many companies are still fixated on the potential negatives; they are paralysed by a fear that is increasingly being shown to be unfounded. Here Ben Stoneham, CEO and Founder of Autologyx talks to CEO Today about the top 3 myths surrounding automation that have to be dispelled.

As CEOs struggle to explain the potential of automation to their boards and teams, here are some responses to the most common objections:

Britain’s productivity is near bottom of the G7 league table, with the average British worker producing 16 per cent less than counterparts in other member countries. The relationship between productivity and wage growth is usually closely allied, but at the moment, they are diverging – and this divergence is caused by automation. Some theorise that the threat of automation is making people accept lower paid, lower skilled jobs, reducing overheads for business and disincentivising investment in automation. This in turn is having a knock on effect on the creation of new jobs to boost the economy overall.

Automation, rather than being a threat to jobs can actually fuel job creation, while also making the roles we currently have more fulfilling. Indeed, in the majority of cases where our automation platform has been introduced, teams have been able to take on more of the forward-thinking projects they have wanted to do but have been unable to get to due to lower-value, time-draining activities. Take Eversheds Sutherland Ignite (ES Ignite) as an example. By implementing the Autologyx platform, the team has been able to automate numerous processes and freed up significant amounts of their lawyers’ time, boosting their SLA performance dramatically in the process. Time and again, innovation within our customers’ businesses has increased as time has been freed up to explore new opportunities. Essentially automation enables your people to be more innovative.

If we automate and make more money, we can invest more and create more jobs, which can help us increase our output and put us on the path back towards the title of ‘the most productive in Europe’ which we used to hold.

Despite the offerings being pushed by some companies and consultants, automation doesn’t have to be costly. Yes, there are numerous, limited fixed solutions that need to be continually re-engineered at a fee. Earlier forms of automation have been constrained being designed specifically to address simple, repetitive ‘task-based’ applications (the so-called ‘long tail’ or ‘as is’). However, for businesses to tap into the full potential of automation, simple disconnected tasks are not enough. The next generation of intelligent process automation technology maps to the real world and liberates them to automate a wider breadth of processes, not just the linear ones, and take a more human approach to managing complex tasks. There are also automation options emerging that are built on open source to give businesses the flexibility they need without significant additional investment.

As with any investment, for businesses moving into automation, the advice should be to start small and build from there once you are seeing returns. For example, for our clients within the HR and RPO (recruitment process outsourcing) sectors, the starting point for many has been to automate elements of the compliance process. Once this has been successfully completed and is delivering tangible value, the businesses have been able to look at where else automation could have a positive impact.Because of how our platform has been created, any member of the team can set out a process/system that they believe could benefit from being automated and test it within half a day. Essentially, everyone can be an innovator and everyone can deliver added value, increasing employee satisfaction as well as company performance. The former cannot be overlooked either when calculating the cost-benefit ratio of introducing automation. With the costs of replacing staff continuing to increase faster than many business’ profit margin, any positive impact automation can have on staff retention can deliver dividends on the business’ bottom line.

3. “Automation is complex and difficult to deploy across a business”

To reiterate the point made above, not all technologies are made equal. In the same way that many automation offerings come at a fixed cost and require significant additional investment to make them appropriate for individual businesses, there are tech solutions that are complex and difficult to deploy across businesses. However, the flipside is also true and there are technology providers offering businesses the ‘Apple’ experience when it comes to automation.

Apple may not have been the first company to build a smartphone, but it was the first company to make the smartphone easy to use. How we interact with Apple’s products has become something of a blueprint of how we expect to interact with technology / how we believe it should work. Ease of use is always at the core and this is evident in the tech platforms that are looking to make automation accessible to all.

As previously stated, many established approaches to automation are actually relatively simple, addressing only single issues in the larger scheme of business operations. It’s worth remembering that we are at an early point in business automation development. Solutions are evolving quickly now, but historically most applications have been task based – automating a single process, often very well, but in isolation. Now operations are attempting to connect these processes like a string of pearls, but it’s not quite so simply done. These tasks are often non linear in practice. Humans are good at adapting to and managing complex tasks – when it comes to automating the complex this is often the stumbling block.

This speed to innovate cannot be underestimated. UK Business is at a key junction. We need to make a leap now to cement our position as one of the world’s most powerful markets and ensure that people keep doing business with us, regardless of the political climate we find ourselves in. To date, understanding the culture of innovation and the ROI (return on investment) it brings, has been the biggest barrier to companies embracing automation. However, what was once the biggest barrier is undoubtedly the biggest driver for the uptake. Any business looking to thrive rather than just survive needs to put significant investment behind creating an innovation culture and automation provides a low-level entry point that cannot be ignored.