How Businesses Can Learn From the World of Sport 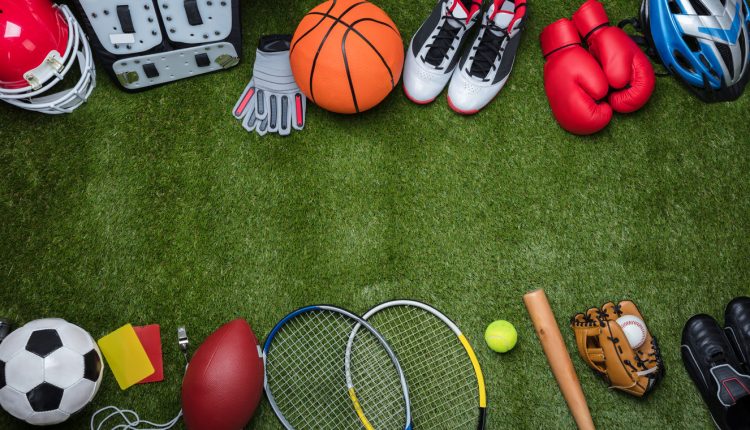 Paul Parker is an Expert Partner at PerformanceWorks International and former England footballer. Below, Paul discusses the ways in which businesses can learn from sport, calling from his own years of experience. 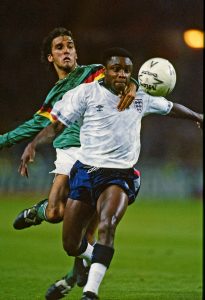 Having a career in professional sport taught me a lot about the processes behind building a strong organisation and making sure everyone feels motivated to succeed. Whether it is about leadership, diversity or an ability to excel under extreme pressure, much of what I learned as a professional footballer can be effectively translated into the modern, evolving business world.

Some of the highlights of my career include playing for Manchester United from 1991 to 1996 and representing the England national team at the 1990 World Cup in Italy. Since I retired from the professional game, I have become interested in the parallels between the sporting and business realms, having met my business partner Jeremy Blain a couple of years ago in Singapore.

Growing up in England in the 1960s and 1970s and being a young footballer during a time when racism was rife in the sport, I’ve witnessed my fair share of discrimination. This has instilled in me a desire to promote diversity and to work towards the elimination of conscious and unconscious bias in all walks of life.

For me, there are three key areas where I learned valuable lessons about how to be successful, all of which I believe are highly relevant to the rapidly changing business world too: leadership, diversity and inclusion, and coping with pressure.

While a footballer’s career may be short, I was privileged during my time in the game to work with some truly outstanding leaders, with the most prominent of these being Sir Alex Ferguson and Sir Bobby Robson. What these two excelled at wasn’t just limited to barking orders and cracking the whip: crucial to their success was an ability to understand people and get the most out of every player in the squad, which is vital as a leader in any profession.

Both Sir Alex and Sir Bobby had a wonderful gift for managing people individually, not just collectively. When Sir Alex hired a new player, he knew exactly what he needed to do to get the best out of them, and this revolved just as much around an emotional understanding of each player as it did around an awareness of footballing tactics. It’s no coincidence that Sir Alex has given talks on leadership at Harvard University since he retired as Manchester United manager: knowing how to manage different personalities is hugely important in the business world.

Without inspiration, you can never truly achieve business or people transformation. This is relevant regardless of what you’re trying to achieve as an organisation, whether it is a more widespread adoption of digital technologies, better employee engagement, or anything else.

Generating this inspiration is about listening to your employees and being honest about what needs to be improved. If you’re always focused on the future and use it as your driving force, positive results will come in time.

Diversity remains a hot topic, both in the sporting and professional worlds. While the importance of accepting and valuing the differences between people might sound straightforward, organisations are still heavily influenced by unconscious bias when hiring people. This is true in football, but also outside of sport.

True diversity comes from changing mindsets and making sure this evolution happens from the top down. This means that more businesses need to hire people based on their skills and the unique capabilities they can bring, and not just because they might be from a familiar background.

For most organisations, the hiring process involves taking on the candidate who, on paper, is most skilled for a particular role. However, there’s a lot to be said for candidates who might have different skills, but have a passion for innovative ideas and are willing to go beyond the boundaries of traditional thinking. Business leaders might see this as risky, but what if a person selected in this way brings in new energy and unique skills that can eventually transform the entire organisation and workplace culture? The growth in overseas players in English football has truly transformed the way in which the sport operates, and it’s this emphasis on diversity that can make any organisation more vibrant and innovative.

The football world – whether you’re a player, coach or manager – demands that you cope with a number of unique pressure situations. Producing a stellar performance in a cup final might be different in many ways to juggling responsibilities and meeting the needs of clients in an office environment, but there are also a number of similarities.

In any situation, it’s important to be able to keep a clear head, be adaptable and keep your end goal in mind. Sir Alex Ferguson was a mastermind when it came to coping under pressure and this translated into performances on the pitch from the players, which is encapsulated in the relentless consistency with which Manchester United found ways to win matches during his tenure.

The same goes for any modern business: if leaders are able to manage pressure and deliver in any situation, this positivity will filter down throughout the organisation, endowing employees with the confidence to succeed in their roles. Combined with the presence of technology and its ability to make our working lives easier, this mentality can go a long way towards achieving business success.