Elon Musk: At the Crossroads Between Success and Failure

What are a CEO’s words worth? In the case of Elon Musk’s tweet on August 7th, 2018 they’re worth about $4.4 million each. Elon Musk jolted financial markets by tweeting, “Am considering taking Tesla private at $420. Funding secured.” 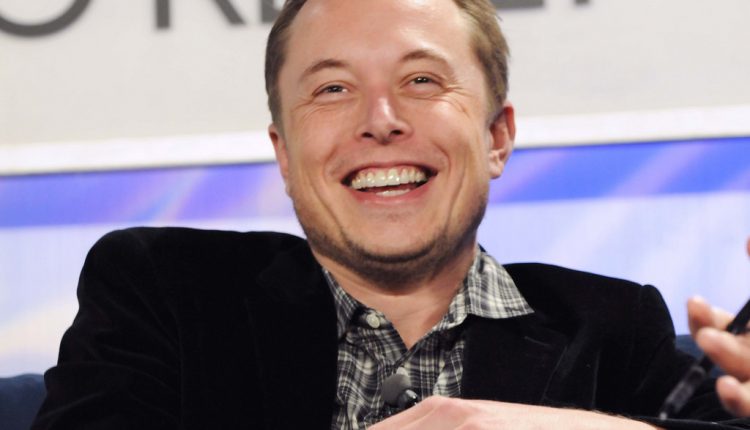 That tweet cost Musk and Tesla $40 million and a law suit — each paid $20 million in fines to the Securities and Exchange Commission to settle their civil securities fraud case. How does one of the brightest innovators of the 21st century blunder into provoking the federal government to seek his removal as Chairman, fine him and Tesla $40 million, and seek to restructure the management of one of the world’s most innovative companies? By not knowing the difference between innovating and navigating an enterprise. William F. Mueller, attorney at Kelley Kronenberg¸ explains further.

Almost everyone in the business world knows Elon Musk is one of the greatest innovators of this century. What CEO wouldn’t want Musk’s wealth and status? His net worth is estimated at $20 billion. He earned $22 million selling Zip2, and $100 million selling PayPal. He founded Space Exploration Technologies, Inc. (SpaceX), which has a market value greater than $20 billion, and Tesla, which currently has a market value of $57 billion. What’s not to like?

It’s clear that the Securities and Exchange Commission (SEC) was less than impressed with Musk’s tweet on August 7th because they filed a civil securities complaint alleging that Musk misled investors and disrupted markets. The SEC alleged that Tesla didn’t have the controls or procedures in place to provide oversight of Musk’s tweets. More interesting, the complaint alleges that roughly 12 minutes after Musk’s tweet, Tesla’s head of Investor Relations (the person who ostensibly knows everything that could impact investors) sent a text to Musk’s chief of staff asking, “Was this text legit?” Wall Street also appeared confused because Nasdaq halted trading of Tesla shares roughly 1 hour and 20 minutes after the tweet. How did one tweet create such chaos?

The answer lies in the fact that whether Musk realized it (and didn’t care) or not, almost every business decision exists in a legal context. CEOs don’t necessarily talk in those terms, but seasoned CEOs know this intuitively and assume everyone else does as well. Business decisions exist in a business-legal matrix– with the legal side of that reality coming to light when a business environment deteriorates or decisions go awry. Many CEOs aren’t attorneys, and although many have business degrees and MBAs, two semesters of business law isn’t enough to anticipate potential legal issues. As an advisor to companies on both business and legal matters, it always surprises me to discover that business decisions that seemed reasonable at one point in time turned into a legal nightmare because CEOs weren’t motivated to understand the legal implications of their decisions. For one, talking to a business-oriented attorney wasn’t part of the fun or inspiration of aggressively taking action and moving things forward. By the way, who wants to pay a attorney anyway?

Florida’s business environment is mostly comprised of small to middle-market companies that rarely employ in-house attorneys. Moreover, it’s rare to have a competent business person and attorney in one position. We live in a time of hyper-litigation in America – it seems that everyone is suing everyone else for any slight offense or misunderstanding. One of my clients is a nationally based, multi-billion-dollar publicly traded company that, more than once, has asked me, “What the heck is wrong with you guys in Florida? The lawsuits never end.” I often ask CEOs what keeps them up at night, and the answer is either existing or threatened litigation. What’s the solution?

It’s rare to have a competent business person and attorney in one position. We live in a time of hyper-litigation in America – it seems that everyone is suing everyone else for any slight offense or misunderstanding.

I think it starts with recognizing something that Elon Musk completely overlooked when he sent his tweet– the difference between innovation and navigation. One specific type of mentality is needed to innovate, and another mentality is needed to soberly lead and manage an enterprise. Innovating means getting comfortable with taking those risks which most humans would avoid at all costs. Musk is clearly brilliant in this area, however a different mentality is needed to responsibly lead and manage a multi-billion dollar enterprise with institutional investors, especially while federal and state authorities watch and listen to everything you do. Two different mentalities, two different mindsets– not all decisions are made the same way or at the same time.

CEOs need to know how to distinguish between the guts needed to innovate and the prudence necessary to navigate. The latter requires a quiet, dispassionate and sober assessment analyzing the “what ifs” of decision making. It means having the ability to analyze decisions from each stakeholder’s perspective; those who have put their hard-earned money into the venture. Distinguishing, adopting, and applying the “navigation” mindset to business decisions will go a long way to protecting investors and unnecessarily provoking state or federal authorities. In sending that tweet, Musk was being the classic “innovator” just going with his gut. A single tweet cost him and Tesla $40 million and his position as Chairman.

The venerable Yogi Berra once said, “When you come to a fork in the road, take it.” That old joke gets a lot of laughs, for sure. CEOs should remember that almost every material business decision is a fork in the road, a crossroad, and they’ll be taking it whether they like it or not. The matter they need to resolve before “taking it” is whether they’ve assessed the probable legal implications for innovating or navigating. If you still have doubts, dial up an attorney with a solid understanding of just how business decisions are made. You’ll avoid a $40 million tweet or something just as ridiculous.