Are Young Talent Inspired by Business Leaders and Icons of Today? 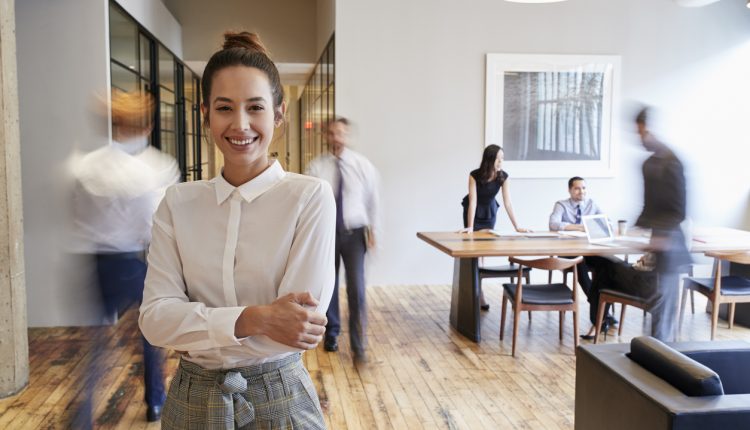 When young people enter the workplace today, they are pushed to their limits, they face incredible pressure and as a result they learn in a world that focuses only on targets, bottom line profits and process.  In contrast, the worry is the growing lack of focus on people, culture and teams, which eventually leads to bland, uninspiring leadership that are often not free to lead at all.  With less chance to take risks and an increased fear of failure, the younger generation are expected to lead yet they have no leadership to be inspired by and no footsteps to follow.

Leadership as a concept is a simple thing, because often it takes just one great person to inspire an idea or a single thought that can create, not so much a movement, but a momentum. Leadership is not about the detail but it is about impetus, selling an idea, a vision or a belief that takes root and creates an energy that others are motivated to drive forward.  Yet today, we find ourselves in danger of creating a closed world that makes it too difficult for leaders to talk with the freedom of speech that we as humans, claim to hold so highly as a given right.

In past eras, the idea that one person could create real change (often alone) really mattered.  People followed and were inspired and driven by strong leaders yet over the last twenty years this culture has arguably declined with a much greater cynicism developing around leadership.  Whether this has been powered by lack of belief or respect for politicians, evolving celebrity culture or the changes in business culture generally, leaders have lost their once-treasured aura and as such, lack of trust is greater than ever before.

Another way to look at the debate is to think about how many leaders over the last twenty years truly match the iconic aura around the likes of Nelson Mandela, JFK, Margaret Thatcher, Bill Clinton or Martin Luther King for example?  Is it true that life has since become more about cult personalities surrounded by strong PR and spin, than it is about leadership?

Either way change is afoot; people today are becoming bored of that ‘spin’ and there are most definitely murmurings that suggest a shift back to a time where leadership would stand up for the importance of its convictions.  Of course, this isn’t easy as there is so much red tape, process and compliance to break free of first.  For a society that has long prided itself upon a freedom of speech and freedom to express fully who you wish to be, it is strange that it has created so many barriers today, which goes against exactly what it claims to be.

Compassion is more than the ‘new cool’

Compassion in business is more than the ‘new cool’ it’s an expectation from younger generations in their leadership.  There is a much stronger sense of social consciousness today and this runs deeper towards a concern over social change and the role that businesses can play.  Society is crying out for new leadership that is determined not just by wealth and bottom line, but its contribution to community too.  If we look at why the young aren’t so inspired by leadership today perhaps the answer lies in the way business is run today?

It is a strange contradiction when history can recount hundreds of examples where young talent has been able to take on major leadership roles, roles that were often complex too and yet today there is a belief that business is a more risk-averse, complicated, concerned landscape. Is it really more difficult than the business landscape was in the 1970s alongside two recessions, the oil crisis and the three-day week? Is it harder than it was during the periods of real social unrest and divisions in the 1980s?

The truth is, life is just as complicated today as it ever was, the young have brought about change as they should and icons such as Bill Gates and Mark Zuckerberg make the argument for young entrepreneurs well enough.  William Pitt became Prime Minister at 24 years of age, Alexander the Great was 20 years old when he became King and ruled most of the world by the time he reached 30 years.  The point is, there is little doubt that the young can innovate as well as any age group, but they are being held back and aren’t given the freedom to take centre stage. We live in an era where the corporate world is still doubting young talent; but why?

If we are to change mind sets today, arguably, there is a real need for leadership development centres across the country, those that really do seek to change the ill-conceived perceptions about young talent.  Business today must start to support the exceptional talent that does exist in our world and to encourage them to think differently, problem solve and think with greater freedom. Freedom of thought and having the freedom to act must be one of the key attributes of any adult let alone leader.

For leadership there is a need to ensure that we support the next generations in taking to the spotlight and feeling comfortable on that stage. If one talks to many from the baby boom generation they would know of friends or colleagues who began their own businesses in their mid-twenties, who stepped forward in the face of fear and were able to think freely and embrace life. If it is not happening naturally then it needs nurturing again and we need to create a new framework to deliver this for the future.

As with life, leadership is about balance, a balance between experience, youthful ambition and vision.  The challenge we have on our doorstep today is to stamp out the cynicism that has evolved around the young, to embrace new leadership and to free up talent.  Not everyone possesses the character for leadership and this will always be the case, but it’s about finding those characters and supporting them through a platform that gives them a place to learn from and the opportunity to spread their wings and fly.

Perhaps the overriding message is, we all need to be prepared as businesses and leaders to enthuse and support the freedom of great talent, not just to leave a legacy for the next generation but to give the young generations business leaders to be inspired by today and in future years?

About EP Business in Hospitality

Chris Sheppardson is the CEO of EP Business in Hospitality. EP is a leading communicator in business thinking and opinion with a focus on shared knowledge and connectivity across the hospitality industry.  Bringing likeminded communities together, EP provides a central resource for the discussion and debate of key issues affecting businesses today. With an intention to facilitate and advise, EP also creates live face-to-face events, bridging the communication gap between organisations and their prospective audiences.

Working with hundreds of entrepreneurs across the UK, EP also provides consultancy and advisory services, professional communications and entrepreneurial development while publishing a range of printed magazines, books, reports and digital content.

How Do Insights-Driven Approaches Lead To Business Success?