Stepping into the chief executive officer role for the first time has been described as “exhilarating,” “humbling,” and “like starring into an abyss” by leadership veterans. 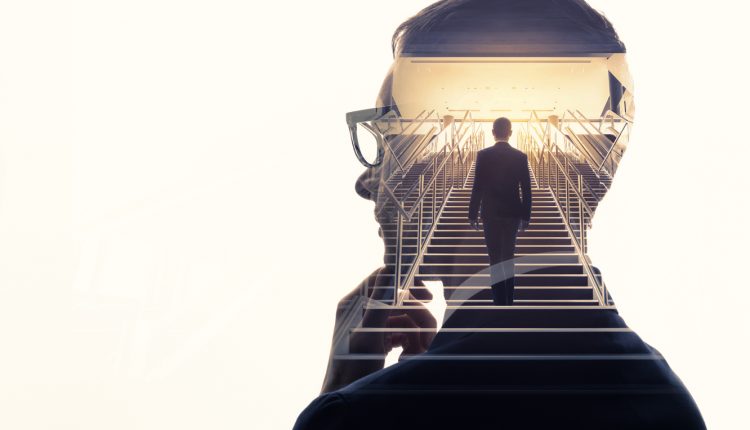 First-time CEOs often face complex, high-risk challenges they’ve never managed before however, these moments present impressive opportunities for development. Through our work with leaders, we’ve found that there are several key actions that will help CEOs stay afloat once they’ve been thrown in the deep end. Below, Vantage Leadership’s Mike Tobin and Beau River discuss 3 key considerations to make when embracing high-risk leadership opportunities.

One CEO we’ve worked with presents a particularly good example. Morgan (not her real name), the newly appointed CEO of a $3 billion consumer electronics company, was facing both a turnaround initiative as well as executing an M&A event at the same time. By following her journey, we can see how she embraced the high-risk nature of her first CEO role and became a stronger leader as a result.

Executives must let go of perfectionism and find greater solace in being the best learners, thinkers, and willing decision makers.

Morgan had a clear vision for where the organization was heading, so her first move was to make a few key decisions, and then work to build alignment. She moved with urgency, parsing through what was relevant and not, building momentum in the turnaround process.

Though there were clear downsides and narrow upsides in all of her options, Morgan kept making bold decisions and learning from the results. Her bias to action allowed her to make quick adjustments that consistently reflected the new business plan. To be sure, there is risk in making the wrong call or not getting full buy-in. However, having a clear vision for where the organization is heading, not being slowed down by an obsessive search for the “right answer,” and displaying the humility to learn from failure quickly, are strong indicators of turnaround success.

Although taking decisive action is key, leaders must also bring others along for the ride and fully grasp a range of organizational priorities.

Although taking decisive action is key, leaders must also bring others along for the ride and fully grasp a range of organizational priorities.

Morgan went on a ‘listening tour’ and consistently reflected on her leadership impact and the quality of her working relationships. She worked hard to create alignment between her leadership behaviors, her values and personality. In doing so, her actions were seen as serving the greater good of the organization, not her personal success as an untested CEO.

A company’s turnaround is not just a business pivot to drive profitability and gain market share, it is also a psychological shift that requires leaders to evaluate their behavior, the collective actions of their organization, and to win the hearts and minds of their people. If a leader is not capable of achieving this psychological turnaround, there is little chance of a broader company turnaround.

Any CEO with a vision and desire to move their organization toward better performance will seek out talented individuals; however, the key differentiator is to find employees who also bring out the best in others. This was critical to Morgan’s success. Morgan also identified employees who were detrimental to the turnaround by complicating team dynamics and depleting morale with the unmanaged ‘dark side’ of their personality. She became a keen observer of her senior team and astute to indicators of how aligned executives were around the strategy. That’s not all. Morgan also challenged the ‘sacred cows’ and redirected emotional heat directed at people, rather than ideas. Not surprisingly, asking outstanding questions and bringing out others’ best thinking became Morgan’s priority during senior leadership meetings.

In all, Morgan’s first high-risk CEO position tested her abilities. The risk-taking that could have led to crashing and burning led to increased market share instead. Because she kept moving, built trust, and never lost sight of the talent around her, the experience accelerated Morgan’s leadership and demonstrated her learning agility, giving her greater confidence as she pursued the longer-term growth of the enterprise. Her experience also confirmed that jumping right into the “deep end” can be the best accelerator of executive talent.