What Is a Non-Financial Shareholder and Why Are They Important?

If CEOs don't start to appreciate and see this kind of activism as an opportunity then it immediately becomes a threat to them. 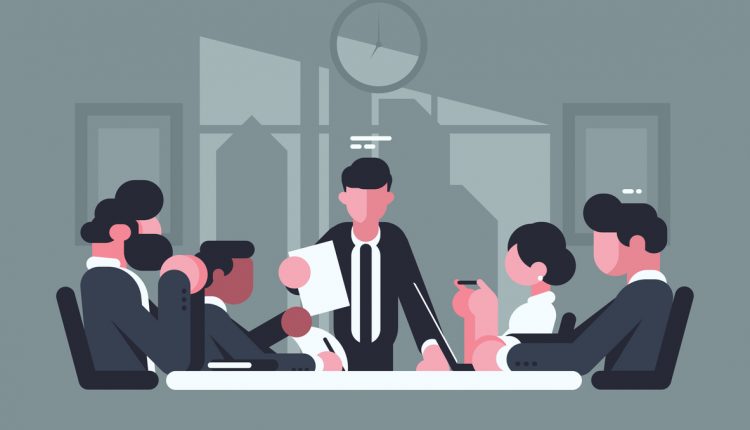 This is according to Dr Gary Cundill, Researcher at Cranfield School of Management as he spells out the current state of activity, the approaches taken by different groups, the mechanics involved in working with organisations – what’s less and more of a threat – and how boards can best adapt and thrive in this new environment.

Non-financial shareholder activism is getting much noisier and more widespread. And yet it’s a little understood phenomenon in terms of who’s involved, how it works, what’s a threat and what’s not. If company boards don’t start to appreciate and see this kind of activism as an opportunity then it immediately risks becoming a threat to them.

With non-financial activism, shareholders are beginning to give priority to a company’s performance in addressing issues of global sustainability: impacts on the environment, on communities and social equality. Why now? None of these issues are new, but there’s a growing awareness of problems coming to a head, of tipping points being reached in areas like climate change and plastic waste generation. Economic context also matters. The global recession appeared to be accompanied by a reduction in activity around environmental and social issues, finances were the priority; more confidence in the economy allows for attention be paid to non-financial issues.

A sharp acceleration in activity is now underway. For example, in the United States the number of shareholder proposals relating to environmental and social issues has risen by half in the past decade, with more than 400 in 2015. Shareholders have become willing to sacrifice their own personal financial returns. The activists include some people who have bought single shares in order to access levers to influence businesses. But increasingly there are also those with larger numbers of shares who want financial returns but are embarrassed at what the business is doing and want a clear conscience. These shareholders also understand that the long-term performance will depend on a positive, ethical image. Non-financial shareholder activists believe in building reputational capital.

1. Divestment in itself can fail to send a clear signal to managers as to what aspects of a company’s environmental or social performance a shareholder is unhappy with. Investors forfeit the ability to exercise their voices as shareholders – and a more effective way to wield the divestment stick has been to threaten to sell rather than selling immediately. Given this lack of power, shareholders contemplating use of this intervention to influence managers may need to consider increasing managers’ perceptions of the legitimacy and urgency of their demands by involving one or more other tactics.

2. Shareholders may use their voice by engaging in dialogue with a company’s management. While a dialogue is usually conducted in private, the shareholder may write articles, issue press briefings, address conferences or become involved in industry initiatives, adding an element of urgency to the discussions. By keeping the engagement behind closed doors, potentially reputation-damaging issues can be kept from the media, and political actors such as regulators can be kept ignorant of problematic environmental and social corporate performance. Secrecy makes it difficult for powerful and legitimate shareholder/stakeholder coalitions to form around shared interests, reducing the possibility of social mobilisation and allowing the company more flexibility to shape the dialogue’s agenda. The central problem here is that when the content of discussions is unknown, and when even the fact that such discussions have taken place may not be disclosed, it is practically impossible to see a direct link between shareholder-manager dialogue and a change in a company’s environmental or social performance.

3. In many jurisdictions, shareholders have a right to present proposals at a company’s Annual General Meeting and to invite other shareholders or their proxies to vote on them. Being a public process, it exposes aspects of a company’s policies and practices, and can provide an opportunity to a broader range of groups to mobilise, leading to negative publicity and embarrassment for company managers. Proposals may be a useful public education tool, influence political processes involving regulators and others, and prompt management to engage in dialogue.

In the light of this new world of activism, company boards need to preparing their position and processes for a response. They need to be mapping potential vulnerabilities, aware of any issues they could be called to account on – across all international areas of operations and supply chains. There has to be an understanding of the levers that activists could use – and which of these would need to be taken seriously in terms of the impact on the future of the business. For example, there is firm evidence that shareholder voting in itself is less of a threat, while the involvement of media campaigning is the biggest risk in terms of forcing change and overall business stability.

Secondly, boards need to think in terms of what can be pre-empted. What actions can be taken that would plug the gaps of vulnerabilities and make activism unnecessary? In this way, a company is in a position to be open and transparent, take a position of strength and focus on the all-important balance between viability with concessions to environmental and social questions. In other words, it can make moves in the right direction at right time, and avoid being pushed into mistakes and scandal.

While future economic downturns may have an effect on the extent and intensity of non-financial shareholder activism, it’s a 21st century phenomenon that’s here to stay. But it’s a development that’s been happening largely behind closed doors. For the sake of businesses and more widely for societies in general, we need more open recording of activities and dialogue between the two sides, what’s working and why, in order to help turn a collision of interests into major mutual benefits.