What December 2018 Has In Store for Investors

Analysts at interactive investor, the UK’s second-largest digital investment platform, have put together a list of significant December stock market anniversaries plus notable events in the investment calendar for December 2018. 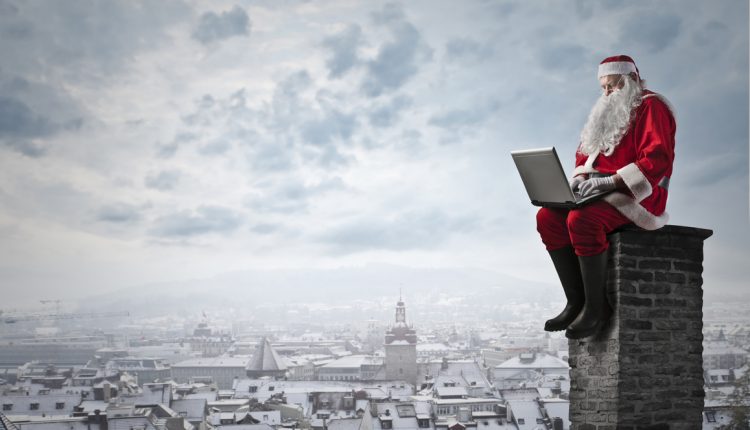 Read on to see what happened in previous years and what this December has in store for investors.

Alcohol stocks peaked in July 1933, as prohibition weaved its way through the relevant legislation, before finally being repealed in December 1933 by President Franklin D Roosevelt.

Lee Wild, Head of Equity Strategy, comments: “Buy the rumour, sell the fact was the mantra to follow in 1933, where the sector bounced in the months before prohibition was repealed and subsequently languished. There have been parallels to the Marijuana industry’s fortunes over recent months, where investors’ addiction to the sector was evident in the run-up to its legalisation, though stocks have come down from their highs since then!”

In the aftermath of the Lehman Brothers collapse and with the financial crisis a full-blown threat to the global financial industry, the US Federal Reserve cut rates to “between 0.25 points and zero”, their lowest rate in its history. The first round of Quantitative Easing (QE) was formally approved at the Fed’s December 2008 meeting, having been announced three weeks earlier.

Rebecca O’Keeffe, Head of Investment says: “The past 10 years have been dominated by low interest rates and QE, to the extent that it is quite difficult to remember ‘normal’ monetary conditions. Central banks, which had previously been the background support network, suddenly became a dominant force in the market, with their decisions providing the foundations for equities and bonds. The decade-long bull market has been based on the wave of money created by QE policies from all the major global central banks, alongside low interest rates, with investors arguably having become dependent on central bank policy. The return to normalisation is likely to be volatile and potentially painful.”

Gary McFarlane, Cryptocurrency analyst at interactive investor says: “Bitcoin became one of the most talked about investments ever in late 2017, dominating investment columns and piquing the interest of people who had never previously heard of cryptocurrencies.

In December 2017, it finally seemed to become a more mainstream investment when it began trading on the major US futures exchanges. However, instead of signalling the imminent entry of institutional money into the sector, it instead marked the all-time high and the beginning of a year-long bear market.

Opinion at the time was sharply divided about the prospects for the sector and it remains a divisive subject. This December the talk is not so much whether prices are going to the moon but how much lower they could go. Those who say there is no intrinsic value in crypto claim it is only a matter of time before the price falls to zero, while those who see it as the future of money maintain we’ve seen this all before and that bitcoin will eventually trade at higher highs.”

Woolworths filed for administration in late November 2008 and despite its best efforts, the chain could not be saved, with 807 stores closing between 27 December 2008 and 6 January 2009. The High Street has been under enormous pressure since the advent of online shopping.

Richard Hunter, Head of Markets, comments: “Readers of a certain vintage will recall that the most anticipated TV Christmas ads were those from Woolworths. It is now a decade since the company folded under debts of £385 million, at a cost of 27,000 jobs and with the closure of over 800 stores. The company’s former marketing director recently noted that ‘keeping the status quo is not the low risk you think it is’ and that ‘we had many, many millions of customers that came to us but just not often enough and on the occasions that we were great on price, because that was the heart of Woolworths’ proposition, we did very well’. Unfortunately, the company could not compete with the pound shops.

It sparked a demise on the high street, later exacerbated by the explosion in online shopping, which accounted for many casualties over subsequent years such as Comet in 2012 and Blockbusters in 2013.”

Richard Hunter, Head of Markets, says: “The FTSE 100 index took over 15 years, until 24 Feb 2015, to recover to its previous high – although dividends did soften the blow for investors. The makeup of the FTSE 100 has also changed significantly over the past two decades. Dominated by TMT stocks at the time, less than 1% of the index is now technology, with less than 3% telecoms. Over 40% of constituents have changed in the past 18 years. Even today, the FTSE 100 is still not far above those dotcom levels, lagging behind many other global indices.”

Whilst many would hope that the Santa Rally starts on the 1st December and ends on New Year’s Eve, investors are usually happy to enjoy whatever year-end bounce the market can provide without worrying too much about precise dates.

The actual calculation method for Santa’s rally is a lot more tenuous – starting from the lowest level hit during the month and any subsequent high. Does that make it an utterly pointless statistic – perhaps not! Why should a rally take place in December?

Richard Hunter, Head of Markets, explains: “Many seasonal trends are based on the weight of money invested in the market at different times of the year. December may not seem a natural time to be thinking about investing, but a wide range of asset managers will begin to assess the amount of new cash they intend to invest over the coming year. On top of that, many investors have time to think about their investing strategy and early New Year’s resolutions often prompt a mini-rally between Christmas and New Year.”

Lee Wild, Head of Equity Strategy, says: “After peaking in early-October, oil prices have experienced a torrid few weeks as fears about oil shortages due to US sanctions on Iran (which had pushed prices higher) quickly morphed into worries about a global glut. From multi-year highs above $86/bbl in early-October, Brent prices dropped below $60 as it became clear that Iranian oil was still flowing, and Saudi Arabia’s penance for the killing of Jamal Khashoggi would help Donald Trump drive gasoline prices down. Under normal circumstances, OPEC would be using its December 5th meeting to agree cuts in output that would support oil prices, but while tensions remain elevated in the Middle East that may prove hard to achieve.”

Lee Wild, Head of Equity Strategy, comments: “Royal Mail’s demotion from the blue-chip index is almost inevitable following a profit warning in October, and investors who bought in at the 330p float price have seen their capital gains wiped out. Despite hurricanes, typhoons and the California wildfires crimping growth during the second half, Lloyds insurer Hiscox is a well-run business and worthy replacement.

“Woodford Patient Capital Trust was promoted to the FTSE 250 index in October until the index compiler discovered it had made a mistake and reversed its decision less than a week later. Expect better news this time as some of Neil Woodford’s unlisted investments come good.”

Rebecca O’Keeffe, Head of Investment, says: “Theresa May has got further than most people anticipated, still holding on to her job for the moment and not down and out on the current Brexit deal yet. However, there is still a long way to go, including the very tough task of getting enough parliamentary support to get the deal done, with or without any possible amendments or last-minute changes. A second referendum; vote of no confidence; challenge to Mrs May’s leadership; general election; – all are still possible options. The stakes are high, and the impact to sterling and the wider UK market remains in the balance.”

At its last meeting of the year the Federal Reserve is expected to raise rates yet again – following moves in March, June and September this year. More important than that, the market will be looking for clues as to how far and how fast the Fed might push rates higher in 2019.

Rebecca O’Keeffe, Head of Investment, concludes: “Having provided the upward impetus for markets since the financial crisis, central banks are rapidly becoming one of the biggest threats for investors, both in trying to move towards higher interest rates and via the removal of QE. Here the Fed is clearly in the lead, having raised rates by 200bps and trimmed the size of its balance sheet by $370bn since late-2015. The Fed is having to play a Goldilocks role in making sure that it maintains a middle ground of not too hot, not too cold, whilst at the same time trying to wean investors off low interest rates and QE. The hope for investors is that they get their timing just right.”