The World’s Top 10 CEOs Based on Intellectual Property

Steve Ballmer came out on top by virtue of the 30,945 patents that Microsoft filed during his reign. Rank by patents per year, however, and IBM's Ginni Rometty (3,437 patents per year) leads the way.

Taking the CEOs – past and present – from the world’s 10 biggest tech companies (Forbes list), we discovered the total number of patents issued during each CEO’s tenure.

We also explored the total number and type of patents filed by these 10 tech companies across their history.

The top 10 CEOs based on total patents

Steve Ballmer ranked top among 27 CEOs due to the 30,945 patents Microsoft filed during his 14-year stint as their leader. 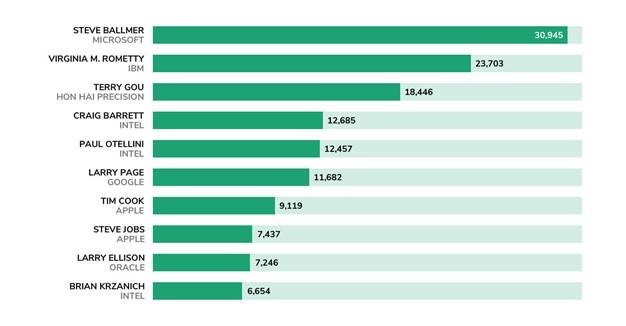 The top 10 CEOs based on patent growth per year

Factoring in the length of each CEO’s tenure, Virginia M. Rometty boasts the greatest period of patent growth (3,437 patents per year). 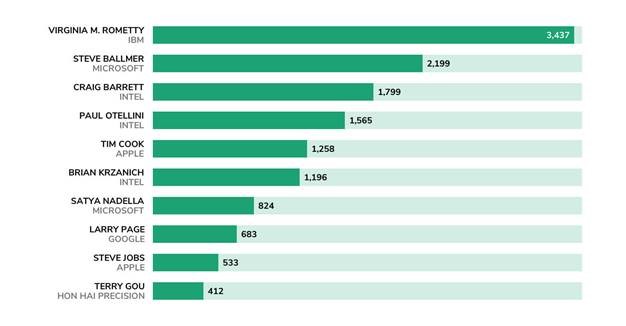 Note: Data for 2016, 2017 and 2018 may be incomplete because there is up to an 18 month lag between patent registration and those patents becoming public.

What types of patents are the top 10 tech companies investing in?

This image shows the most popular types of patents that the top 10 tech companies have collectively applied for across their respective histories. 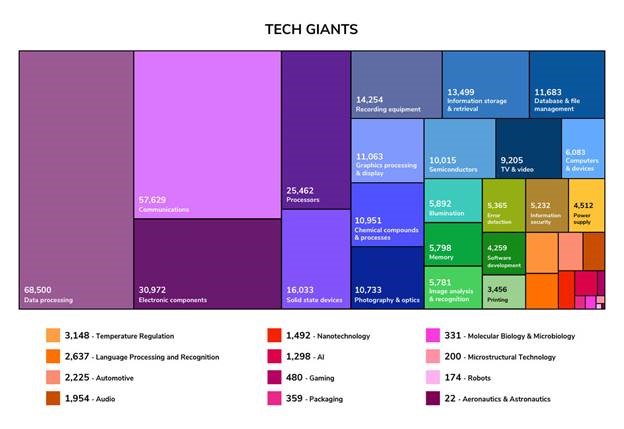