Women in Power: The Psychology of Success for Female Business Leaders 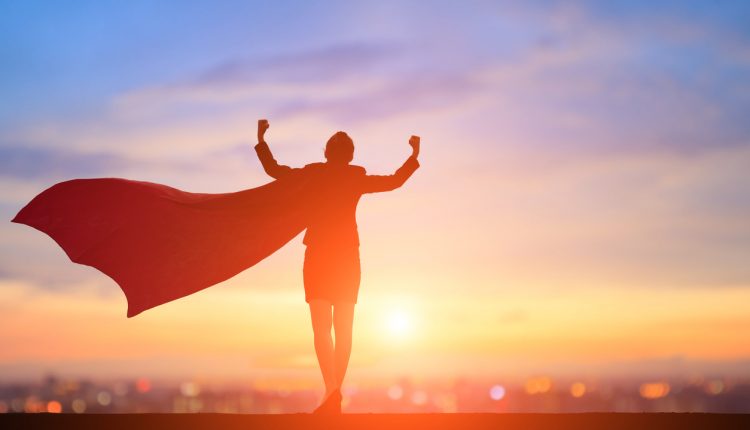 Ali Palmer, Partner and Head of the Consumer and Telecoms Practice at Odgers Interim, looks into the mindset that female leaders need to maximise their chances of success.

McKinsey’s 2018 Delivering through Diversity report analysed the impact of diversity and inclusion in the workplace and found that amongst the 1000 companies they surveyed, those with the most gender-diverse executive teams ‘were 21% more likely to outperform on profitability and 27% more likely to have superior value creation.’ Having female business leaders is critical to the success of organisations in any sector or industry, but to become a truly successful female leader requires a certain mindset and approach to both work and social environments.

Almost a year before they published their Delivering through Diversity report, McKinsey published a report titled Women in the Workplace. It notes that ‘young women are still less interested in becoming top executives than young men and significantly less confident they can reach the top of their organisation.’ It’s a psychology that can be blamed on any number of reasons, from how we educate young girls to cultural influences, and it’s this that holds women back from promoting themselves in the workplace and leads them to downplay their value.

This is a crucial aspect of the psychology of success for female leaders. Promoting yourself to others in your business or work networks mean they recognise your achievements. This in itself will open up opportunities as colleagues and peers recognise the potential value you could bring to other functions or other businesses entirely. It’s a way of creating your own stepping stones and will make promotions and pay rises easier to come by. The act of talking about your successes also builds confidence and a mindset that focuses on your strengths instead of your weaknesses.

Self-promotion is important, but you also need to recognise that becoming a successful female leader doesn’t happen in a vacuum. The best female leaders have a collaborative mentality and understand they can’t just go it alone. This means helping those around you to succeed as much as you help yourself; whether that’s informing colleagues of opportunities or developments that could help them, developing relationships between disparate business partners or referring work onto others in your organisation. This has a twofold effect; it creates a network of opportunity as others recognise where you’ve helped them, and as an individual, you are recognised as someone who is driven to help the business to succeed – a key trait in any organisation’s leader, male or female. Importantly, collaboration is also becoming recognised as a power for good in the business environment and something organisations are increasingly promoting amongst staff.

Part of this collaborative approach includes building your own networks. To become successful you need to put yourself out there; attend or even host networking events, drinks receptions and speaker seminars. Likewise, you can join professional leadership bodies or take on non-executive roles at charities or schools. By developing connections in this way, you’ll increase your exposure to other companies and expand your chances of securing business opportunities and referrals. What’s more, you’ll gain insights and knowledge from leaders who’ve ‘been there and done that.’ Even a single conversation could lead to a piece of advice that improves a huge aspect of your business or career. Networking with other leaders is incredibly important and as McKinsey’s report on Women in the Workplace notes: ‘The right network can accelerate a career.’

This isn’t just limited to business networks. Women striving to become successful leaders need to utilise their social networks as well. Arguably, this is an area where men have historically had the upper hand, with the ‘old boys’ network used just as much for social opportunities as it is for business opportunities. It’s something that the successful businesswoman needs to mimic; utilising her ‘old girls’ network on a business and social basis.

McKinsey’s Women in the Workplace report presents a steadily shrinking picture of female representation the further along the corporate scale so that women make up a mere 21% of C-suite positions. It’s a gender imbalance at the top of organisations that is slowly starting to correct itself but for now, if you’re working your way towards the top and you’re sitting at the board table, you could very well be on your own. It means you need to do your research and come to the table with something relevant to say. Presenting yourself as an active contributor to the organisation’s issues will quickly lead to others around the table turning to you for your opinion and advice.

All of this must ultimately be filtered through the lens of self-awareness. Women often fall foul of the ‘need to be perfect’ mindset and top female leaders know that this is a hindrance, not a facilitator of success. You need to know your limitations and how much you can deliver otherwise you’ll fall into the trap of overstretching yourself; risking burnout and distracting yourself from a clear route to the top.

Success for female leaders is about having the right mindset and ultimately comes down to having the confidence to put yourself out there but at the same time, know that you can’t do everything. Self-promote, build relationships and utilise the networks available to you and your route to success will be that much easier.

Here’s Why Your ERG Will Fail