The Key to Overcoming Age Discrimination in the Workplace 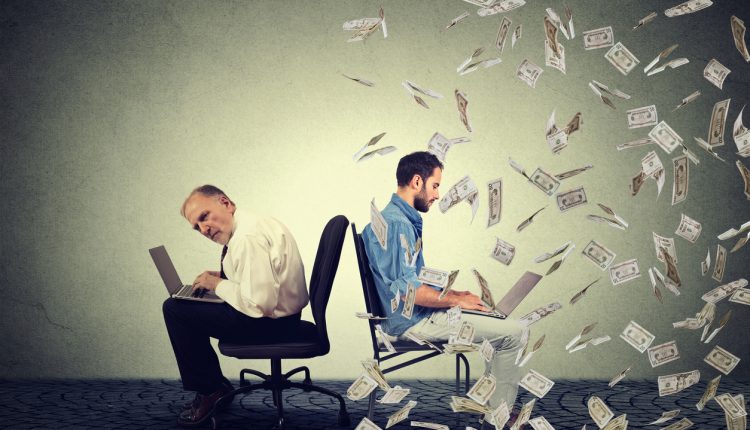 It wasn’t long ago that companies required employees to retire at 65, but this trend is declining as the population ages, myths about cognitive function are being overturned and recognition grows about the contribution brought by older workers.

There’s little reason for CEOs, Senior Managers or other employees to stop working in their ‘60s, ‘70s or ‘80s if they don’t want to. They bring with them skills honed over decades of experience, a network of contacts and business acumen that can’t be replicated in younger managers still on the learning curve.

Legislation and initiatives have sprung up to help those with experience stay in the workforce with varying results. The UK passed legislation in 2011 that halted employers from forcing employees to retire, although some firms work around this by offering financial incentives to entice staff to leave once they’re over 60.

A compelling, government-backed initiative was launched in 2016 that encourages companies to hire 12% more older workers by 2022. Companies that agree to be part of the programme also pledge to publicise statistics on how many relevant workers they’ve hired.

One of the pioneering firms involved in the programme is Aviva UK Life, whose CEO, Andy Briggs, was named the government’s business champion for older workers in 2016. Aviva is so committed to the idea that, in late 2017, it announced it would hire an additional 1,000 older workers by 2022, which means nearly 25% of its staff will be over 50 by that time.

Briggs has said there will be more than 14 million jobs available by 2022, with only seven million younger workers expected to enter the workforce at that time meaning older workers will be required to fill the gap. This aligns with statistics released by the UK’s Centre for Ageing Better earlier this year, which noted that over 30% of the UK’s workforce is comprised of older workers and that retaining over 50s will be essential for the future of the country’s economy.

For all the positive steps being taken, there’s no denying that age discrimination still exists for those over 55. The number of age discrimination claims in the UK has increased in recent years and the removal of employment tribunal fees means the trend will undoubtedly continue.

One way to start tackling this is for CEOs, senior managers and other leaders to become aware of the beliefs and assumptions they hold about what retaining or recruiting an older worker means for the company. Another is to focus on effective communication that will mean the difference between success and failure.

Too often, managers believe that promoting someone at 55 or 60 will create issues due to presumptions made about potential health issues, having to report to younger managers or fears the employee will decide to leave earlier than expected. In the technology field, older workers are often considered uninterested or unable to keep abreast of changes.

The challenge for managers who embrace the value of retaining the experience, social skills and insight that older workers bring is to focus on communication, provide attractive incentives such as flexible work schedules, and be sensitive to the kind of feedback older workers will respond to.

The most important of all of these things is communication. Becoming aware of the impact communication and our behaviour has on our brains and others’ is one of the most important aspects of ensuring a successful integration of older and younger workers. Our brain’s reaction to the words we hear will mean the difference between having a team that is open to working together and focusing on success versus one where trust has disappeared.

I often work with CEOs and senior management teams who have experienced communication breakdowns and need help. I use tools acquired through certification in a little known and fascinating area of work called Conversational Intelligence™ (C-IQ) that is based largely on the study of neuroscience. The ‘chemistry of conversations’ is a phrase coined by C-IQ originator, Dr Judith E. Glaser.

Making people aware of how the words they use affect brain chemicals is one of the most successful influencers of behaviour I’ve seen. I’m often called on to work with teams created by mergers and acquisitions and those where the manager is younger, both of which have led to communication breakdowns due to things like fear and resentment. Using C-IQ tools and knowledge has effectively broken-down barriers and showed the teams how relatively easy it is to recognise words and behaviours for the influence they have on us. The work also extends to improving relations in personal lives.

The feeling of change can happen immediately; the work comes from making sure the knowledge is employed on a daily basis. However, the difference people feel in their reactions is so profound that it’s difficult for them to revert to earlier behaviours and methods of communicating.

When faced with criticism, fear or rejection, our brain senses fear and sends a signal to produce higher levels of cortisol. We go into the fear, fright or flight mode, which shuts down the thinking part of the brain and prepares our body to protect us. The impact of these higher levels of cortisol can be felt for days, which affects our ability to engage in cooperative conversations.

On the flip side, positive conversations and comments cause the brain to produce higher levels of oxytocin, which increases our ability to communicate, trust and collaborate. Oxytocin metabolizes faster than cortisol, so its effects are less sustainable. This is why being criticised by your manager, or a colleague will have a much longer impact on you.

Anything that increases cortisol levels will reduce the ability to communicate effectively, just as positive words and behaviours set the stage for the ability to create trust and the feelings of wanting to work together cooperatively.

Managers also need to keep in mind that older workers are not necessarily looking for big promotions, and that a thank you for recognising a task or project that has been run conscientiously and finished on time can be enough.

Everyone brings a unique work experience and knowledge. Job descriptions will often go into lengthy detail about the skills required. While the wording alone would indicate the need for experience, are you really considering the benefit of what someone with 30 years’ experience will bring versus one with 15?

Age discrimination will still lurk, but the resourceful and forward-thinking CEO who’s planning for continued financial and strategic success will be wise to consider the advantages of combining the skills of the experienced worker with a younger generation that will benefit from the former’s mentoring.

How One Founder Has Made CSR Part Of His Company’s DNA And Helped 1,000…

The Future Of The Boardroom And Equitable Meeting Experiences