Will There Be Another Apple? 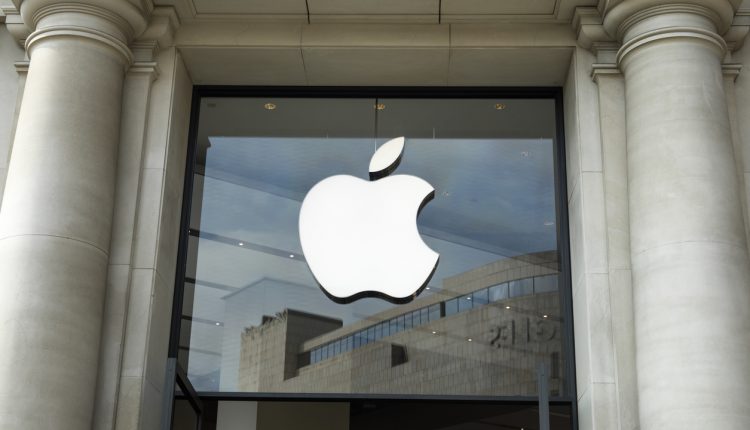 Apple Inc. reached a valuation of one trillion dollars in August of this year, the first of this phenomenon in history. At the time, the company was in tight competition with Amazon, both vying for this historic milestone—and it’s clear who won the race. However, while only briefly, Amazon reached trillion-dollar status just a month later, making it the second on record to achieve such a feat. What will be the next company to be valuated so highly, and will it stick?

117 years ago, US Steel became the first company to be valued at $1 billion. A lot has happened since then, back in 1901: Apple Inc. has seen monumental success from its foundation in 1976, with significant growth in its share value after Tim Cook took over as CEO in 2011. The company is synonymous with technology, innovation and the forefront of computer software the world over. It’s no surprise that Apple would take the trillion-dollar crown, making its stock market value over a third the size of the UK economy.

At the time of this landmark valuation, the company had seen record sales that reached as high as $53 billion, increasing the company value from $935 billion to $1 trillion. The release of the iPhone in June of 2007 made the biggest impact on share price, going from $17 to around $217 per share. This success came despite its near-bankruptcy in 1997 (when Steve Jobs stepped back into his role as CEO to revive the company), and in stark contrast to Facebook, which saw a loss of $120 billion in market capitalisation, making it the worst loss in a single day in US stock market history. Facebook’s disastrous loss has been attributed to slowed user growth, weak guidance and unfulfilled expectations of revenue. With a current market cap range of $346 billion – $468 billion, it’s unlikely that Facebook will be the next Apple, and it remains to be seen whether it will recover from its chain of unfortunate and scandalous events this year. The biggest of these was the revelation that more than 87 million Facebook users’ data had been breached, an incident that Mark Zuckerberg, CEO of the social media company, personally apologised for. Cambridge Analytica, the company that collected this data, refutes allegations of wrongdoing to this day.

With Amazon taking the title of the second company in history to reach trillion-dollar worth (now just below, sitting at $928 billion market cap), what will be the third? Joining the chase is Alphabet Inc., Google’s parent company, and Microsoft. You’ve probably noticed at this point that all the companies nearing the top are technology companies—the closest to the top that isn’t tech-based is Berkshire Hathaway, a holding company run by CEO Warren Buffett. Berkshire Hathaway has a current market cap of around $542 billion, leaving it with quite a gap to fill if it wants to catch up to Alphabet Inc. at $809 billion, and Microsoft at $871 billion.

Beyond these, what up-and-comers do we have to look forward to? On the comparatively lower end of the spectrum, you have companies such as Uber standing at $72 billion—founded 2009—and Ford at $37 billion, founded 1903. Uber has seen tremendous growth despite almost a century of difference between these companies’ lives. What Uber, Amazon and Apple have in common is their role in innovating, changing and adapting to the world around them. Everything changed when Apple revolutionised technology and the industry as a whole, Uber has revolutionised travel and the sharing economy (to the point that the ability to provide significantly efficient and economic services that utilise computing platforms is dubbed ‘Uberisation’), and Amazon revolutionised the realm of e-commerce and the world alike.

Another unicorn rising in the ranks is Ant Financial, founded just four years ago in October 2014 and now valuated at around $150 billion. The company is an affiliate of the Alibaba Group and is currently worth more than Goldman Sachs, founded 1869 and valuated $88 billion. With this kind of growth, it could be entirely possible for Ant Financial and, by extension, Alibaba to surpass Amazon as it overtakes the market.

Alibaba itself can be seen as a direct rival to Amazon, both giants in the online retail and e-commerce world. Both have much closer foundation dates in comparison to the examples above: Alibaba was founded in 1999, and Amazon in 1994. Similarly, both were founded and spearheaded by their renowned CEOs, Jack Ma and Jeff Bezos respectively. Alibaba has a current valuation of $420 billion, but despite this gap between it and Amazon’s worth, the Chinese conglomerate saw as much as 60% growth in 2018 so far, due to the successful performance of its stock. At this rate, the doors to the position of the 3rd trillion-dollar company in history are open, and it’s anybody’s game.

One thing we can be sure of is the power of new blood. Some of the most highly-valuated companies are also the most recent, with rates of growth increasing as time goes on—someday we might even find ourselves in a world where a company reaches $1 billion market cap in a single day, or $1 trillion valuation could become commonplace. Unicorns are far more conventional than they used to be, and if you invested $990 in Apple in 1980, it would be worth around $521,740 – who knows what such an investment would mean for our Unicorns of the world today. 10, 20 or 30 years down the line, you could be over the moon, and thankful you invested in the company that turned into a trillion-dollar behemoth.

Learning from Jack Welch: Why CEOs Need to Be Able to Deal with Conflict