The 5 Main Impacts of a Hard Brexit Explained 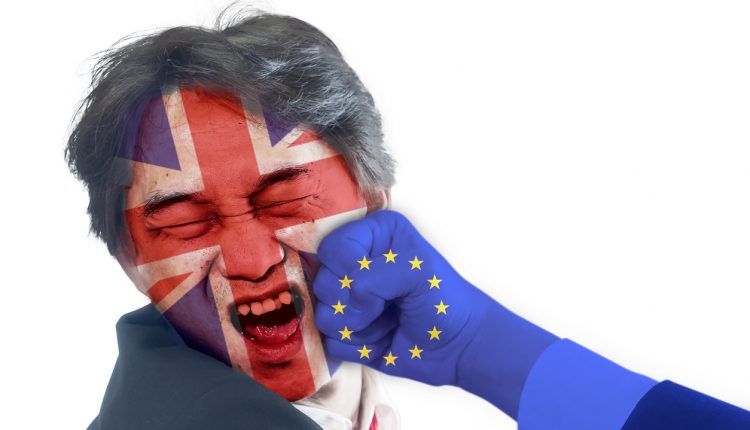 What happens over the next few months will impact every single person in the UK and it is important to understand the possible implications of a ‘hard Brexit’; where the UK would not only leave the EU but also the Single Market and Customs Union. Roy Botterill, Partner at Shakespeare Martineau, explains in more detail five key impacts a hard Brexit would have.

In the case of a hard Brexit, the UK would then have to trade with the EU and other countries under World Trade Organisation rules and with this, significant changes to tax, investment, global mobility and regulation would likely follow.

As a country, the UK will not be as wealthy as it would have been. Economists believe that the further away the UK gets from full EU membership, the worse it will be for the economy. Economists are not always right, but their logic in this case is fairly simple: shared EU rules make it easy to trade with millions of people on our doorstep and if it becomes harder to do business in the UK, it makes sense that this would have a negative impact on the economy.

The annual financial impact of leaving the EU on the UK economy after 15 years has been calculated as between £20bn and £45bn.This means that the UK will not be generating as much wealth due to the negative impact on overseas sales into the EU. With this is mind, and HM Treasury indicating that leaving the EU could lead to a drop in tax revenue of £66 billion, if the same or more has to be spent on public services, then the only logical conclusion is that taxes will have to go up significantly or the level of services provided will need to be reduced.

However, while customs duties from non-EU imports bring in around £3bn a year, if the UK left the EU and charged duties on goods from the EU, it could potentially raise around £12bn. Additionally, because the UK will not be linked to the EU VAT regime, the UK will be able to make its own decisions about which products can be zero rated and the rate of VAT that is charged.

International businesses are driven by profits. Understandably, they will invest where they think they can make the most money and where it is easiest to make money.

EU membership has historically made the UK an attractive place to invest and one of the top global destinations for foreign direct investment. According to HM Treasury, almost three quarters of foreign investors report that access to the European market was a reason for their investment in the UK.

Going forward this level of investment will not entirely dry up – but anecdotally it is clear that new investment in Ireland and the Netherlands is already happening and this trend is likely to continue. Why locate in the UK – a country with trade barriers – when it is very easy to invest in another stable neighbouring country without such obstacles?

There is no doubt that all sectors will be impacted by a hard Brexit, but some will feel the strain more than others.

The UK’s automotive sector for example, is caught in a complex supply chain across Europe. Crucial to this are the EU’s ‘rules of origin’, under which manufacturers must source around 55% of their products from the EU to qualify for free trade deals. As a result of a hard Brexit, EU car manufacturers that rely on UK businesses will no longer qualify for free trade deals.

Due to the UK being a net importer of cars, it would make home-produced cars much more competitive in the UK market, but equally, overseas-manufactured cars would be more expensive. In order to protect themselves, businesses that can move parts of their supply chains out of the UK will do so and this could contribute to a reduction in jobs and lower tax receipts for the UK.

The UK would not have to sign up to free movement of EU nationals or be subject to the European Court of Justice but there will still be a need for immigration to fill key roles in the UK.

There will be costs, both for UK employers wanting to take on overseas staff and migrants themselves, as well as additional likely administrative burdens.

It has been argued that British businesses would be subject to less regulation from the EU post-Brexit on the basis that after leaving the EU, the Government could weaken social, employment and environmental regulations.

However, half of the estimated cost of these EU regulations comes from just two policies: the Renewable Energy Strategy and the Working Time Directive. Scrapping these regulations would mean dropping Britain’s environmental targets or removing rights such as 20 days paid annual leave, both of which would be politically difficult to navigate.

Additionally, even if the UK does not have any future formal relationship with the EU, British companies that want to sell to the EU will still have to comply with EU product and safety standards.