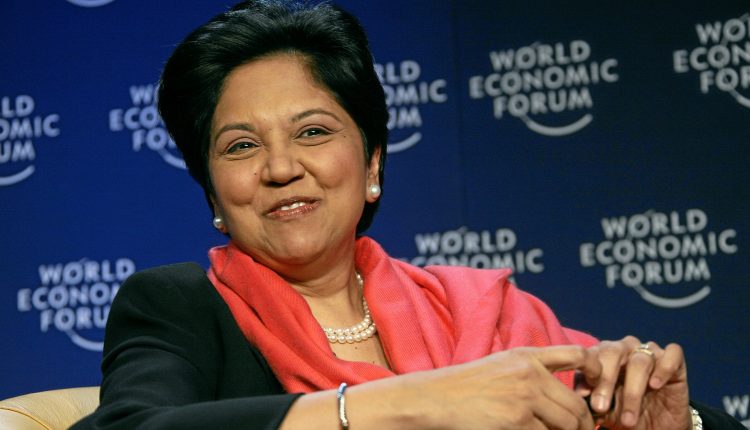 Consistently ranked among the world’s 100 Most Powerful Women and one of our Top 50 CEOs, Indra Nooyi has accomplished a wealth of achievements in her 12 years as CEO of PepsiCo. Now, as Nooyi begins the process of her departure from the position, the world loses a revolutionary leader that spearheaded a number of changes at the cornerstone of PepsiCo’s success—as well as one of the only female CEOs left in the Fortune 500. How much of an impact has Nooyi made over the years, and does this mean anything for the subject of equality in the corporate world?

Indra Nooyi began her career with PepsiCo in 1994, and having established a penchant for deal-making, she was promoted to the job of Chief Financial Officer 2000, then to President just a year later. Nooyi became the fifth CEO in PepsiCo’s 44-year history in 2006, replacing CEO Steve Reinemund in his retirement. During her career there, she held pivotal positions in the $3.3 billion acquisition of the Tropicana brand in 1998, then the merger with Quaker Oats for $14 billion 2 years later. What both of these deals have in common is Nooyi’s intent to include healthier options and diversify the PepsiCo brand and options it provided.

Since joining the company, it has been a key element in her role to reclassify the brand with these healthy options and a focus on dietary balance in mind. Similarly, Nooyi re-established PepsiCo’s branding complete with reinvigorated logo and product design by Italian designer Mauro Porcini. These innovative decisions, combined with her skills in leadership, have undoubtedly paid off: the company’s revenue grew from $35 billion in 2006 when she first became CEO to $63.5 billion last year. The company’s share price has also notably doubled in that time. “Growing up in India, I never imagined I’d have the opportunity to lead such an extraordinary company,” said Nooyi in a statement. “PepsiCo today is in a strong position for continued growth with its brightest days still ahead.” Her achievements span further, having been ranked in Forbes’ list of the 100 Most Powerful Women consistently from 2008 onwards, reaching 11th in 2017. Nooyi served as CEO for 12 years which, according to an Equilar study, is 7 years longer than the average CEO tenure at large companies. On her tenure, PepsiCo said: “She has delivered a strong and consistent financial performance, managing with an eye toward, not only the short-run, but the long-run as well. As CEO, she grew revenue more than 80%, outperforming our peers and adding a new billion-dollar brand almost every other year.”

To announce her departure, Nooyi tweeted: “Today is a day of mixed emotions for me. @PepsiCo has been my life for 24 years & part of my heart will always remain here. I’m proud of what we’ve done & excited for the future. I believe PepsiCo’s best days are yet to come.” The impact that Nooyi has made leaves a wide void in her absence. Stock prices fell by 3% upon the announcement, further proving the worth that not just the company and consumer holds her to, but the shareholders and investors as well.

But that’s not the only thing taking a hit—with Nooyi’s departure, the Fortune 500 is down by one more female CEO, leaving the final count to 23 or just 5% of the total number. She follows the departure of Yahoo’s Marissa Mayer, Hewlett Packard’s Meg Whitman, and Avon’s Sheri McCoy.

Katharine Graham became the first female Fortune 500 CEO in 1972 after she took over The Washington Post and, 34 years later in 2006 when Nooyi became CEO, the number rose to only 10 women running Fortune 500 companies. In 2017, the Fortune 500 had its highest record number of female CEOs at a grand total of 32, which has since fallen by 25% in the last year.

During that time, many of what female CEOs we do have in the Fortune 500 have left their roles and been replaced by male counterparts. Following from that concept is the statistic of how rare it is that a female CEO be replaced by another, only occurring 3 times in Fortune 500’s history.

Studies back up the overall benefit of diversity in business; one such study found that a diverse workforce is 21% more likely to be profitable. Another from 2001 by Pepperdine University found that greater numbers of women in leadership positions had a direct correlation with higher profits. Ideally, we’ll someday reach a point where articles framed on this topic and the scrutiny we hold for numbers and diversity won’t be necessary, as it will be a natural part of life without question—and it won’t take another 34 years, as long as we remain steadfast in providing equal opportunity to minorities and work for continued progress.

The fact remains that Indra Nooyi made a tremendous difference and will be greatly missed by many as she leaves her role behind, but will leave PepsiCo “stronger than the one she inherited 12 years ago,” as Neil Saunders, a Managing Director of GlobalData said. “It was her insistence on building up and maintaining a strong snack business that was most prescient. With demand for soda under pressure, PepsiCo can now take comfort in the fact that it has a balanced portfolio of products.”