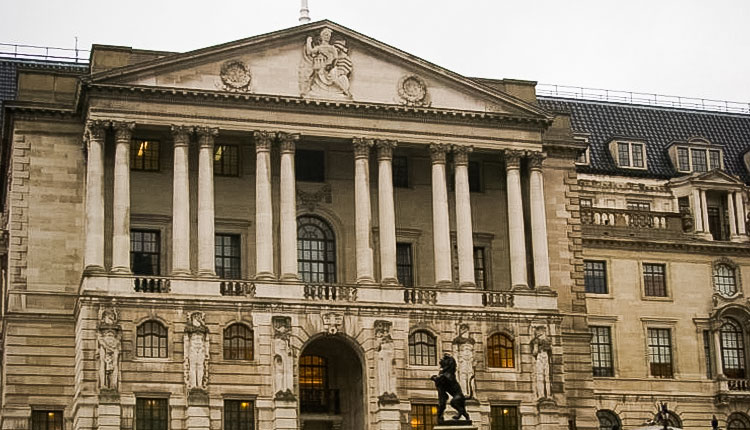 On Thursday, the Bank of England voted unanimously to raise the interest rate to 0.75%, the highest it has been since the financial crash nearly 10 years ago. As consumers, businesses and institutions ran through the potential ramifications, it generated plenty of chatter on social media – so, this week’s Tweet of the Week comes from the official Bank of England Twitter account.  Their interest rate announcement resulted in #bankofengland trending for the whole of Thursday and provoked a lot of debate…

Following the initial tweet, the Bank followed up with another to explain their decision…

Find out why we have raised interest rates to 0.75%. Our visual summary tells you why in a nutshell: https://t.co/ChaGwjQvAf #InflationReport pic.twitter.com/LCP70jzC95

News outlets in the UK quickly reported the raise…

If @bankofengland raises interest rates today, will the governor cite the impact of Brexit he sees in reducing the non-inflationary sustainable growth rate of the economy? At this critical juncture for Brexit talks, @theresa_may will be praying he doesn't

It takes some considerable stupidity to see a crisis coming and decide to make it worse. But that’s exactly what the Bank of England have just done by raising interest rates to 0.75%. The motto seems to be ‘if we’re going to make a mess of things let’s make it a really good mess’

Carney has increased the interest rate and the pound has fallen. That’s not a vote of confidence. In fact, it’s the exact opposite

Debt-fuelled consumption has been the only thing propping up growth over the last several years – an interest rate rise in the context of stagnant wage growth will certainly put a stop to that pic.twitter.com/HTsX0lC2aa

…however some did point out that the situation could be worse.

Afore Ye Panick Over th’First Mahoosive BoE Interest Rate Rise in Years, Be Advised There Were Decades of Despair When 6-8% BoE Was Normal & Mortgage Rates Hit 16%

Some inevitably linked the interest rate rise to Brexit…

#Brexit has prod higher inflation, no growth & now another interest rate rise. We are all poorer thanks to the lies pedalled by those supporting #VoteLeave. Time to take back control & reverse this madness #FBPE #PeoplesVote

Dear @BarclaysUK. Thanks for the prompt note about my likely rising mortgage rate. It’s good you had the note ready to go. I appear not to have received one about any increase to my savings account interest rate. Can’t you work that out at the same time? pic.twitter.com/PU1ZjEkEno

As of yet, the benefits (or not) of Mark Carney’s decision are not known – but what is clear is that the UK economy is still fragile and this rise has done little to allay those fears.