Why Companies Will Keep Losing Millions Unless They Take Action 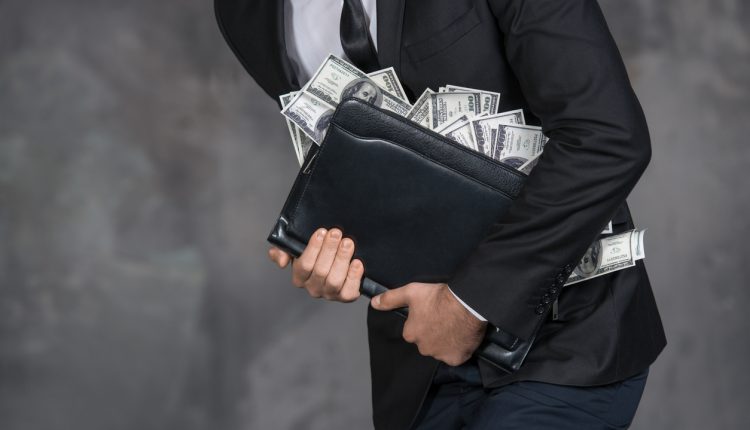 A survey by Thomson Reuters of 2,300 global senior business leaders found that 47% have been victims of fraud, theft, money laundering or other financial crime in the past year.

Now Syed Rahman, Senior Associate solicitor at Rahman Ravelli, tells CEO Today that if companies continue to fail to internally investigate these crimes, then they will continue to lose millions.

Reports that almost half of companies were victims of financial crime last year should not come as any surprise. And that situation is unlikely to change unless those companies address the problem – properly.

A survey by Thomson Reuters of 2,300 global senior business leaders found that 47% have been victims of fraud, theft, money laundering or other financial crime in the past twelve months. The total cost to them is estimated to be £1.08 trillion; which is about 3.5% of their global turnover.

If white-collar crime is committed in a business and it goes undetected or is simply not investigated properly, there is a good chance it will happen again. In the case of those companies surveyed, that is a fact that they need to address.

An investigation into the workings of a company can identify the aspects of a company’s working methods that allow an opportunity for business crime to be carried out – and go undetected. Responding to such findings could and should involve making alterations to working procedures to design out the potential for crime. Any company that fails to take such action is simply inviting the prospect of white-collar crime through its doors. And with it can come legal, financial and reputational problems.

So a company needs to react when one of a number of triggers for an investigation has been identified. Suspicions of unlawful conduct or criminal activity and/or a criminal investigation are obviously such triggers. Others include issues being identified by an employee, discrepancies in certain transactions, discovery of irregularities in accounting and whistle blower reports.

There are a number of proactive measures that can be taken in internal investigations and these are dependent on the company’s internal policies on compliance, financial auditing and corporate awareness of risk. When deciding to launch an internal investigation, it is imperative that the proper tools are used to discover the full facts. These tools may include instruction of third parties, such as an investigations team and forensic accountants. Through this, you can consider what potential defences are available or whether there is an avenue for damage limitation.

I could – but I won’t – quote lots of statistics about the scale of financial crime in the workplace. The headline figure from Thomson Reuters says enough. Statistics on financial crime are offered by various sources. They differ markedly in their exact assessment of the scale of white-collar crime. But all the stats indicate that the problem is a very large one. The only issue that is up for dispute is how many billions are being lost. I don’t think there is any argument about the dangers of workplace crime being carried out being higher in companies that make little or no effort to investigate it properly.

Plenty of people in senior positions in businesses will say they don’t need to investigate the possibility of offences being committed in their business. Their argument is that it isn’t worth the time and expense. But as this latest survey shows, a failure to act can be much more costly and time consuming. No one can adopt that approach. If UK businesses fail to recognise the risks to their future posed by an inability or unwillingness to investigate possible wrongdoing then it will only be a matter of time before many, many more go the way of those surveyed by Thomson Reuters. There may be some who have suspicions but feel unable to investigate as they lack the necessary skills. This is understandable. But there are legal experts who will do this for companies.

Access to such expertise is important as any investigator needs to be able to identify possible wrongdoing and gather and follow evidence trail. Any rushed investigation or one that is not objective, is carried out by someone not up to the task or is carried out at the wrong time can not only fail to sport the crime that has been committed. It can also damage workplace relationships and even alert the person who committed the offence that they need to hide what has happened.

What companies must also remember is that an investigation cannot function in a vacuum. Any investigation must be prompted by something. Which is why companies need a whistle blowing procedure: one that encourages staff to report any suspicions in the knowledge that these will be properly investigated. Such a procedure can be of huge value in encouraging staff to volunteer concerns about – or even evidence of – workplace crime.

A company’s decision to self-report corporate wrongdoing to the authorities can be a complex task. The advantages and disadvantages must be carefully considered. For example, it may need to be thought out by the company with reference to the Serious Fraud Office’s guidance on self-reporting. This can be important: the SFO has the option to offer a company that self-reports wrongdoing (for example bribery) a deferred prosecution agreement (DPA); whereby the firm agrees to meet certain conditions in order to avoid a criminal prosecution.

Recent years have witnessed a roll call of huge businesses and financial institutions that have had huge fines imposed on them for a variety of reasons. Rather than having the crime perpetrated against them, they have been the perpetrators – because one or more of their staff have (either knowingly or unwittingly) not followed the law. Whether it be Rolls-Royce and bribery, Tesco and false accounting or the failings of some of the world’s largest banks, the penalties have been high – and could have been avoided if problems had been flagged up earlier and investigated.

Such examples must be viewed as reminders of the need to develop a workplace culture that emphasises the importance of reporting and investigating workplace crime. Without such a culture, many more companies will find themselves with tales of woe when they are asked to be part of a survey.