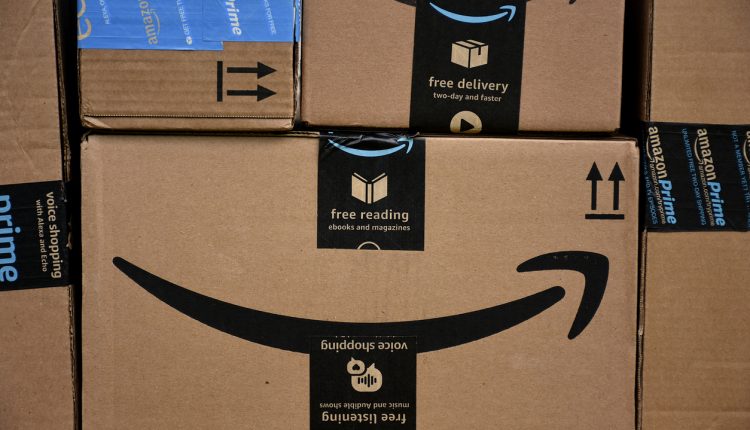 In 2017, a new billionaire was reported every 2 days and the total number of billionaires in the world rose to 2,754. 67% of that figure are self-made, including none other than Jeff Bezos, who has amassed a staggering $150 billion net worth—hardly something to underestimate. He has become a global figure, today’s richest man and wealthiest person in modern history, bringing online retailer Amazon to the worldwide success we see today: but what is this colossal figure based on, how does Bezos keep it up, and is this the way things should be?

Billionaires didn’t exist until John D. Rockerfeller, who is regarded as the first official billionaire largely due to his company, Standard Oil, as early as 1916. This is despite the fact that the around that time, the US Supreme Court deemed it in breach of anti-trust laws and ordered the company to be broken up unto 34 smaller companies. Since then, the number of billionaires has boomed and blossomed, leaving the status of millionaire to pale in comparison.

Nowadays, the title ‘millionaire’ holds far less weight than it used to: there are an estimated 14 million millionaires in the US alone. The next anticipated step is the birth of the trillionaire, and it’s easy to believe that, on his current trajectory, Bezos will be the first person who lands that title. His net worth has risen steadily over the last decade, with a $60 billion increase in just the last year. The most recent boost came due to a rise in share price as the company’s lucrative Prime Day began, its biggest annual event. Bezos’ net worth hinges on just that: Amazon shares. When the company takes a hit, so does Bezos’ net worth, but similarly, any boost in the company directly benefits him due to his majority stake at 16%.

Forbes 400 list of America’s richest people first added Bezos in 1998, just a year after Amazon issued its initial public offering. What started as an online bookstore quickly evolved into an expansive digital market, popularising online shopping indefinitely. It has gone from a meagre $18 per share to around $1,800 per share today, and its upwards path shows no sign of stopping, not if Bezos has anything to say about it. Likewise, his net worth has climbed the ladder over the years, leaving him fighting for top spot with Microsoft Co-founder Bill Gates. After his newfound boost in wealth, Bezos has at last secured his throne as the wealthiest man in the world.

With $150 billion, Bezos could buy 121 million troy ounces of gold or 2 billion barrels of crude oil. If not these, what does Bezos spend his wealth on? Simply put: investments and funding. Aside from his 10,000-year clock, a $42 million, 500 ft tall pet project that Bezos is spearheading, Bezos sells $1 billion of his Amazon revenue a year to fund Blue Origin. Founded in 2000, Blue Origin serves as a portrayal of the CEO’s infatuation with space travel and long-lasting desire to “build space hotels, amusement parks and colonies for 2 million or 3 million people who would be in orbit.” In an interview with Mathias Dopfner, CEO of Axel Springer, Bezos explained: “The only way I can see to deploy this much financial resource is by converting my Amazon winnings into space travel. Blue Origin is expensive enough to be able to use that fortune.”

Blue Origin joins competitors SpaceX and Virgin Galactic in their pursuit for commercial space travel, each with humanitarian undertones in their motives. Combating against the potential for future human extinction, Bezos has his sights set on the moon and the future colony he will allow us to build there. While the success Amazon has seen is massive and would most likely satisfy most, Bezos isn’t content with that alone. This and his venture into healthcare along with Warren Buffet and Jamie Dimon clearly shows his desire to disrupt and innovate wherever he can. Amazon Go, the world’s first cashierless and checkout-free grocery store, was another of Bezos’ hallmarks to change the world in a way we weren’t expecting.

But it isn’t all Prime for the affluent CEO. As his wealth climbs by the day, so does the gap between his and everyone else in the world, including that of his Amazon workers. Bezos earns far more in a minute than the average millennial makes in a year, for starters. According to Time, the median Amazon worker’s salary is $28,000… and all it takes is 10 seconds for Bezos to make that and then some. Combine that with rising complaints regarding its warehouse employee’s working conditions and you have a fair amount of controversy, culminating in a global strike that took place at the same time as Prime Day’s opening this year. In November of last year, it was reported that UK warehouse employees worked under brutal conditions, including timed toilet breaks, minimal and short opportunities for rest and harsh restrictions on being able to sit. Over a span of 3 years, ambulances were called 115 times to a single Amazon location. The pressure to reach targets is immense, leaving little room for basic worker’s needs and care.

Since then, it appears nothing has changed. Workers across Europe stood in protest against their unfair treatment, and in the US, conditions are no different, going as far back as 2015. Refuting these claims, Bezos himself said: “I am very proud of our working conditions and I am very proud of the wages that we pay. In Germany, we employ 16,000 people, we pay at the high range of any comparable work. We have workers councils, of course, and we have very good communications with our employees—so we don’t believe we need a union to be an intermediary between our employees.” Spiel or real? At the very least, Amazon wouldn’t be able to run without its workers, and Bezos’ net worth would ultimately suffer without them. Therefore, it’s something to be said that his $150 billion is in part thanks to the work of his employees.

Like many CEOs around him, Bezos also spends a portion of his wealth on philanthropic endeavours—though not a much as his fellow billionaires. He and his wife, Mackenzie Bezos, funded 1,000 college scholarships for dreamers through TheDream.US at the beginning of this year, donating around $33 million. In comparison, some of the biggest philanthropists who are lower down the net worth ladder have donated more charitably. Warren Buffett, CEO of Berkshire Hathaway, has pledged along with Bill Gates and Mark Zuckerberg to donate 99% of their wealth through the Giving Pledge. Even David Rockerfeller, the oldest living member of the Rockerfeller family before he passed away in 2017, became a signatory of the pledge. While not a corporate necessity, it remains notable that Bezos has yet to become a signatory.

That isn’t to say that philanthropy is completely off the table for him, however: his alleged focus will be on short-term projects rather than the long-term kind favoured by Gates, with an announcement in the pipeline for the end of summer.

Bezos’ net worth is nothing short of incredible and unprecedented, and it promises to continue along that path. The question, however, remains: should we allow for this much wealth under one person or company? If he makes good on his philanthropic promises and perhaps welcomes criticism with more open arms, he could prove that billionaire status benefits not just the few, but the many. As his wealth swells, the collective pool of those below him dwindles, making it more and more necessary as time passes to give back. We’ll have to wait and see if summer brings out his more charitable side.