Can Blockchain Cure the Retail Infection? 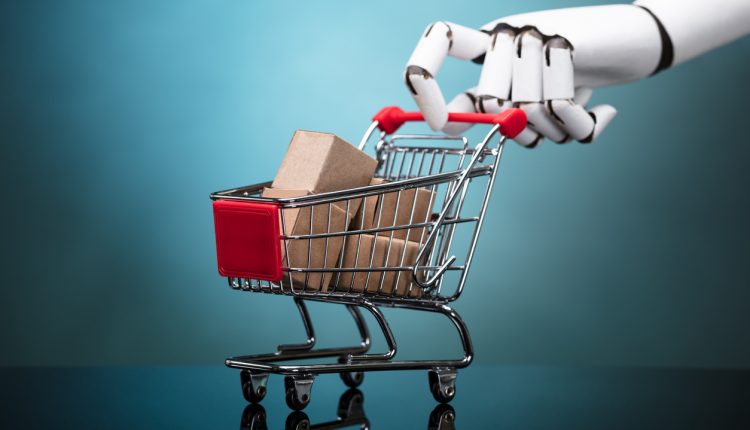 The possibilities achievable through decentralisation are reshaping how we fundamentally perceive relationships between customers and businesses, across a range of industries. Blockchain technology is set to disrupt hierarchies in everything from insurance to supply chains, and many now see its value in retail. In particular, Alastair Johnson, Founder & CEO of Nuggets, who below explains to CEO Today how blockchain may be the solution to the high street’s ongoing retail infection.

The retail sector has no shortage of issues that need to be addressed if it is to continue in its meteoric rise and transition into the ecommerce space. From the amount of potential profit lost to the abandoned shopping cart phenomenon, losses in charge backs, card and identity fraud and losses made to false positives, to the general lack of faith in the ability of businesses to safeguard their customers’ sensitive data from breaches or leaks, there is room for a new system to greatly improve on the numerous facets of the current one.

I firmly believe that the new system should be grounded in decentralisation, with an emphasis on efficiency and security. An architecture that enables this would be incredibly appealing to both consumers and merchants, and its adoption would turbocharge both ecommerce and brick-and-mortar retail.

The most pressing issue, as the past couple of years have shown, is not one exclusive to retail: data breaches. From Equifax, to Fitbit, to Cambridge Analytica, it’s clear that data has an inherent value to malicious actors that go on to sell it. These breaches have prompted a renewed understanding of the importance of keeping user data safe – and the solution certainly doesn’t lie in creating huge data silos that offer a very lucrative target for hackers. It’s common sense that personal information should be owned and controlled by the person.

Retailers often store this information, yet generally they don’t want to have to. . When users wish to make a purchase, their card details, physical address, name, phone number and other identifiers are kept and stored in centralised systems owned by merchants. It’s a ticking time bomb, but it’s one that blockchain technology can defuse.

The blockchain offering allows users to remain in complete control of this data, without having to share it with retailers. Using zero-knowledge storage, users are able to upload their information into a sort of ‘private cloud’, which is accessible only to them. At point of sale, a reference to this information through tokenisation can be presented, without being shared and not just the payment information. For businesses, particularly now that GDPR has come into play, such a network is highly beneficial as they do not need to worry about securely maintaining troves of user data.

Beyond the cutting edge security, there are other notable advantages to adopting a blockchain system in the retail environment – for instance, the streamlining of the user experience. This is perhaps one of the main factors that ensures repeat custom, the building of loyalty, and the subsequent long-term success of a business.

Users, certainly online, often grow frustrated with the checkout process, which requires them to first sign-up or log in, before entering payment details and their shipping address. It’s perhaps the reason for which we’ve seen the rise of ‘surf and turf’, where orders are simply abandoned. The losses from this are huge, predicted to total £18 billion a year.

A portable platform that harnesses blockchain technology would allow users to enter their data into said platform only once (upon initialisation), before enabling them to simply open it anytime they wish to make a purchase. Gone is the need to waste time repeatedly entering information into potentially vulnerable web forms. A smooth process for users would undoubtedly reduce the rate at which carts are abandoned.

Another important trend to consider (more so in ecommerce/online shopping as opposed to brick-and-mortar retail) is in the availability of foreign goods. It’s very easy now for consumers to order from different continents, which they may choose to do if something is unavailable locally or otherwise cheaper. Of course, it comes at the cost of converting one currency for another, often incurring significant fees.

One of the widely praised features of cryptocurrency was the idea of a jurisdiction-agnostic payment system. This is something easily achievable with blockchain technology, and a platform built on top of a decentralised network would allow for consumers to make purchases in foreign currencies, without the high fees.

The retail sector needs to scale to accommodate its growing popularity. The old architecture is rife with issues that will impede this evolution. It’s perhaps time for businesses in the industry to explore the integration of blockchain technology to regain trust from users, boost customer loyalty and ultimately turbocharge their growth.