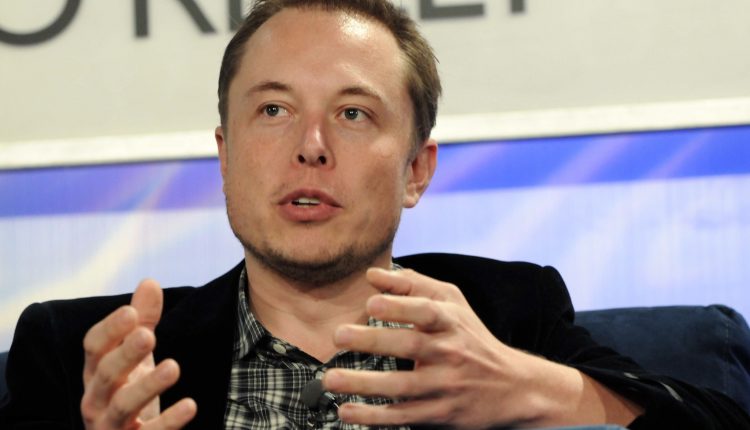 Elon Musk is a 21st century creative visionary and one of the most successful entrepreneurs on the planet. Having founded two of the world’s most talked about and innovative companies in the world, Tesla Motors and SpaceX, and ranked the 25th most powerful man in the world this year by Forbes, it’s hard to think of anything this man could do wrong.

Surprisingly though, when we look back on Musk’s journey to success, it has been far from an easy ride. He may now be leading us to a transport revolution both on Earth and in space, but this innovator has faced more than his fair share of catastrophic failures along the way that could have ended his career entirely. From being ousted as CEO of two of his own companies, getting fired whilst on honeymoon, contracting malaria, surviving a major car crash – oh, and a handful of rocket explosions, Musk has arguably the most nightmarish failures of them all.

However, what makes Musk such a fascinating, successful and respectable entrepreneur is his ability to come back stronger from each and every one of these catastrophes. This timeline commends Musk for mastering the art of failing successfully, taking us through his biggest disasters since 1995 on his journey to fame in the tech industry. Whilst many of us would have been unable to pick ourselves back up if we experienced just one of his failures, Musk has somehow managed to not only survive them, but become one of the most wealthy people on this planet. Impressed?

Most of us have applied for a job and not quite made the cut at some point in our careers, and even Musk has experienced the same. In 1995 when the entrepreneur was starting out, this creative visionary failed to land a job at Netscape. What makes this fail slightly worse is that Musk went to the head office to follow up on his application, however was too shy to speak to anyone. With his ambitious predictions about space regularly appearing in the news today, it comes as a surprise that Musk was too tongue-tied to speak.

Whilst job rejection can be painful, the majority of us can pick ourselves up and move on and that’s exactly what Musk did. What he didn’t realise was that a much more personal blow to his career was about to take place a year later in 1996. Having set up his own company with his brother earlier on in the decade called Zip2, a business providing city guide software, Musk was ousted as CEO by the board of directors. The case to move him from CEO from his own company was based on a belief that he did not have the operational skill set that the position required.

Luckily it wasn’t all bad news for Musk, as he moved to the position of Chairman, holding onto his shares which later made him a whopping $22 million.

Just a few years later and the same disaster struck again, as Musk was ousted from another of the companies he had founded; PayPal. This took place in 2000, just one year on from when the company’s first product was voted one of the top 10 worst business ideas. To top the new millennium off, this unlucky entrepreneur contracted malaria, which took him over 6 months to recover from.

Hindsight is a wonderful thing, and looking back we can see that Musk yet again recovered from another failure as PayPal is one of the largest and most successful companies in the world today.

The era of failed rockets

In the early noughties, Musk had sold PayPal and shifted his focus to space exploration and rocket technology. But did he expect some of his most explosive failures (quite literally) to date?

In just two years, between 2006 and 2008, Musk’s dreams of space travel went up in flames, with the explosion of three of his rockets, leading to SpaceX being on the verge of bankruptcy. With the third rocket having NASA satellites on board, it’s safe to say Musk has had to work his way through some extremely difficult situations and conversations. 7 years later in 2015 another rocket exploded, followed by another in 2016.

Tesla Motors is commended for its innovation and success in the present day, however it hasn’t been an easy ride for this automotive company since it was founded in 2003. After being close to bankruptcy in 2008, at a similar time to SpaceX, 2014 saw the next disaster for Musk’s electrical vehicles, with three of the Model S cars self combusting in six weeks because of a battery fault.

Unfortunately that’s not where Tesla’s catastrophes end, as only very recently in March 2018, Musk have to recall 123,000 Model S vehicles because of a fault with the power steering components.

With nearly an obstacle every year since 1995, Musk has astounded us in his ability to bounce back and retain a good reputation not only for his companies but also for himself as a businessman. Tesla Motors remains one of the world’s most famous automotive and energy brands with a staggering value of $650 billion and SpaceX isn’t doing too badly with a value of $20 billion. Sure, we are likely to see some more failures from Musk over the coming years, but for now we must commend this visionary for how far he has come despite the setbacks he has faced along the way. Well done, Musk.