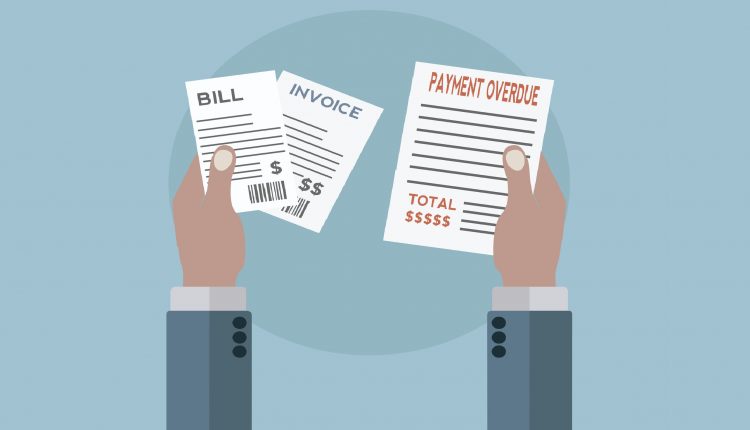 The UK, like many other nations, suffers from a serious late payments problem. Despite the introduction of the payment practices and performance reporting (PPPR) regulations last April, change has not materialised. Below Chris Robertson, UK CEO at Creditsafe, explains a few ways forward.

As politicians, journalists and the business community circle around the remains of Carillion, reflecting on what went wrong, the issue of late payment is again top of mind. One of the UK’s largest construction companies may have thought it was invincible, but it has gone into liquidation, leaving 43,000 employees and 30,000 suppliers in its wake, resulting in around £1bn in unpaid invoices.

Despite becoming a signatory of the Government’s voluntary Prompt Payment Code in 2013, an initiative that promotes paying invoices in no more than 60 days, Carillion was notorious for taking over 120 days to settle suppliers’ bills. The aftermath of Carillion’s failure shows the scale and devastating impact of the late payment epidemic and the need for action that successfully addresses the attitude and behaviour of big business.

But it begs the question, what is the solution to late payment?

As it stands, government initiatives make up the bulk of activity attempting to drive change in payment practice. Unfortunately, if we wait for businesses to self-reform, we could be waiting a while. For this reason, we should welcome everything the Government can do, and already is doing.

The Prompt Payment Code (PPC) was created by the UK government in 2008 in response to a call from smaller businesses for a change in payment culture. It established a set of principles for businesses when dealing with and paying their suppliers that commits them to paying on time and fairly. However, it appears that it doesn’t go far enough, as demonstrated by the fact that Carillion signed it back in 2013 but continued to delay payment. Following its collapse, there have been many calls for the PPC to be strengthened and a tough penalty regime introduced for those companies that flaunt the rules.

Launched in April 2017, the Government introduced the Payment Practices and Performance Reporting (PPPR) regulations to encourage greater transparency and motivate businesses to pay promptly. The legislation requires large UK companies that exceed two of the following three financial markers – £36m annual turnover, £18m balance sheet total or 250 employees – to disclose the average time they take to pay invoices and the percentage not paid within the agreed terms. The first round of reports was due at the start of December 2017, but a shocking number of companies ignored this deadline.

After reviewing the response in Scotland, KPMG found that fewer than 20 Scottish companies had complied with legislation even though almost 900 companies in Scotland met the criteria. On a wider scale, the Government published data revealing that of the UK companies that filed their payment practices in the six months from June to November 2017, only 29% settled their accounts within 30 days or less.

However, while the Government’s efforts should be welcomed and commended, the sorry state of the UK late payment culture suggests that its initiatives alone will not suffice.

Another approach that’s being explored and could help to change behaviour moving forward is the utilisation of new technology. One company, which two FTSE 100 chairmen are tipping to end late payment culture thanks to its pioneering use of artificial intelligence (AI), is London-based fintech firm Previse. It helps large businesses to pay suppliers instantly by using hundreds of millions of data points and sophisticated AI algorithms to conduct a risk assessment. Previse uses this insight to make a decision about which invoices to pay. It then uses bank borrowings to pay invoices, so funding can be extended to SME suppliers immediately, before collecting the money owed from customers at a later date.

Finally, the UK’s leading companies need to stop talking about being responsible and start acting like it. It is a large company’s duty to get its house in order, pay its suppliers on time and champion the growth of happy and healthy supply chains. Reform will not materialise unless companies make a conscious effort to change; it’s all well and good backing government initiatives, but this means nothing unless a business keeps its word and pays on time. So far, this is yet to happen, and cultural change seems some way off.

We can already see the high price paid by smaller suppliers. According to the Federation of Small Businesses, 50,000 UK business fail every year as a result of late payment and resulting cash flow problems. As things stand, more than 30% of payments to small businesses are late and the average value of each payment is £6,142.

If one thing is clear, it’s that we’ve reached a standstill in the late payment debate. It’s become oversaturated with too many voices and options – yet something needs to be done, and soon, before there are more casualties. The solution? We challenge the UK business community to take the lead, both in terms of paying on time and in pioneering new innovative products that will support prompt payment. If we resolve to treat our suppliers decently and handle invoices in a transparent and speedy way, utilising the technology available to us, then maybe the Government won’t be required to turn up the heat.