The Work behind Unicorns: How Billion Dollar Start-ups Made Their Mark 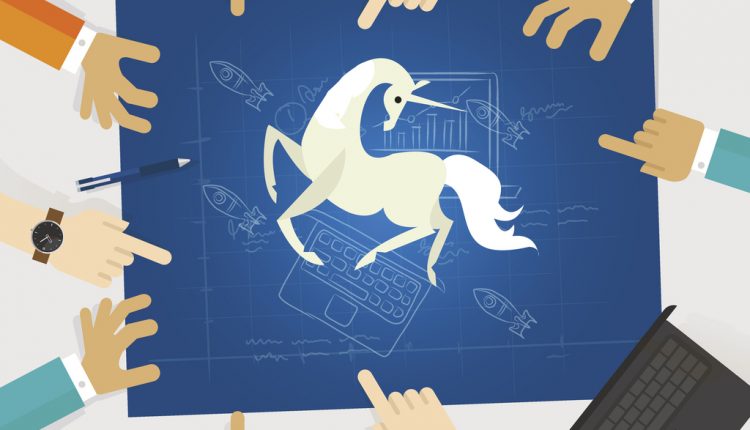 Aptly named for its rarity, a Unicorn—in finance, at least—regards a start-up company that has been valued by investors at over $1 billion. Even rarer is the decacorn, or a start-up valued over $10 billion, and a hectocorn, valued over $100 billion.

Aileen Lee, Founder of Cowboy Ventures, first coined the phrase in her article discussing software start-ups in 2013 where she reported that only 0.07% of those founded in the 2000s reached $1 billion in stock valuation. Four unicorns were also born per year in the last decade, with Facebook being a breakout hectocorn. Today, some of the biggest companies include Buzzfeed, Eventbrite and Spotify as unicorns; Uber, Snapchat and SpaceX as decacorns; and Google, Amazon and Microsoft as hectocorns. There are now over 220 unicorns in total, worth a cumulative of around $763 billion in value.

With such a high percentage of start-ups failing, what brings these companies such success and unicorn status? The majority of successful start-ups are customer focused rather than business-to-business, if the lists are any indication, and are primarily e-commerce or software based. The ideal candidate for a unicorn piques investor’s interests: If it appears to be worth funding and supporting, it will go far.

The best start for a business is the reason behind its creation: identify a problem, then create something to solve it. For example, Larry Page and Sergey Brin founded Google in order to organize information on the Internet and help users find what they were looking for more easily. This has become vital and irreplaceable in the modern world, so it’s no wonder that investors were enthralled in its early success. Uber was founded under a similar premise of filling a need. Travis Kalanick, Founder of the taxi hailing service, created it after he failed to get a taxi in Paris in 2008. A problem was made evident, and he took the steps needed to solve it.

Something that can snare a once powerful start-up—and often does—is the requirement for change, which some may be reluctant to do. Adapting as required links to the initial idea of a need being filled: if the need changes, the resolution needs to be adapted to fit accordingly. Similarly, it’s imperative to take failures in stride, as opposed to allowing them to overwhelm.

Sustainability also incorporates the need for change with customer focus. Businesses focal point can change depending on what the consumer needs and how the they react. Max Levchin, Co-founder of Paypal, continued with its creation as a response to customer demand for an electronic currency on eBay—a need was highlighted and filled. On the success of unicorns as it becomes more common in Europe and the UK especially, Manish Madvhani of GP Bullhound explains that “growth is accelerating because we have created an environment capable of sustaining high levels of investment across a range of tech sectors.”

Reaching unicorn status isn’t always equal to long-standing success. Some unicorns have lost their value after their brief moment of fame, also referred to as becoming a ‘unicorpse’, something that can be caused by lack of investor confidence. Theranos is one such unicorn, a health technology company that had an estimated worth of $9 billion in 2014. The company crumbled under allegations of faulty results from their blood testing Edison machine which were frequently miscalibrated and failed inspections from the Arizona Department of Health Services. In January 2017, Theranos closed down the last remaining blood-testing facility after the lab failed a second major US inspection. This case was notorious enough to inspire a future film adaptation of the events titled Bad Blood. Not only was the Founder, Elizabeth Holmes, banned from running a laboratory for two years, but her net worth was reduced to nothing.

The road to becoming a unicorn can be a rocky one, but there are enough overwhelming success stories to show it’s possible—and more than enough examples of flops that give more credibility to the name of the phenomenon and the rarity it denotes.