Navigating Your Business Through the Murky Waters of Offshore Accounts 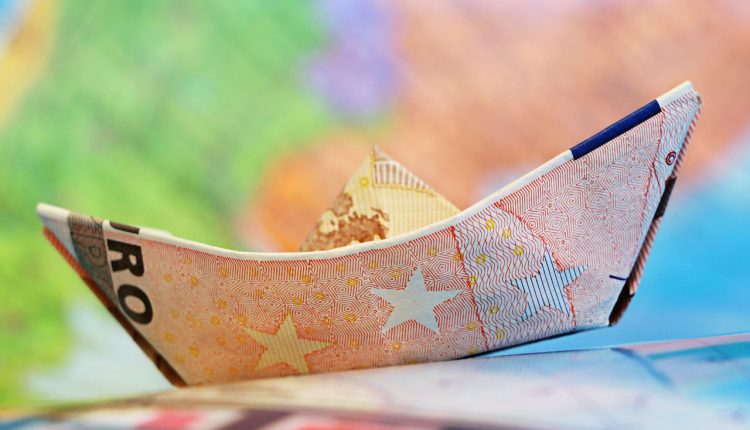 The Paradise Papers recently opened a new window into how offshore accounts can often leave a thin line between actually breaking the law and simply taking advantage of it. Below Mehran Eftekhar, Group Finance & Corporate Services Director at Nest Investments, delves into the ‘murky waters’ of offshore accounts and how to understand how it all works.

In 1987’s film “Wall Street” Michael Douglas, under the guise of Gordon Gekko, told us “greed, for lack of a better word, is good”. He explained that greed is an in-built characteristic found deep within human nature. It is the sole reason humans have evolved over the millennia. Greed provides our drive “for life, for money, for love, for knowledge” and “has marked the upward surge of mankind.”

Greed also gets some bad press. The Oxford English Dictionary describes greed as an “intense and selfish desire for something, especially wealth, power, or food.” But does ‘greed’ really equal excessive self-interest and disregard for others?

Not necessarily. Simple, human greed is a common trait. It is what drives an employee to perform in their role, to do a good job, receive the next promotion and benefit financially. However, greed can quickly cross over into avarice – the extreme need for personal wealth or material gain. It is not greed but avarice that causes individuals to lose all empathy and push the limits of the law to get ahead.

The so-called ‘Paradise Papers’ leak highlights the delicate balance between greed and avarice. The papers have given EU ministers, who have long struggled to draw up a black-list of non-EU tax havens, fresh impetus to do so. Britain on the other hand, fearful of the impact on UK overseas territories such as the BVI and the Cayman Islands, has argued against the list.

The media response to the Paradise Papers is an interesting indication of public sentiment towards that balance. It also shows how blurred the line between greed and avarice is. The 13.4 million leaked documents reveal the tax mitigation measures of ‘greedy’ business and the super-rich. However, most of the schemes revealed are completely legal – possibly all of them. They simply take advantage of tax planning opportunities deliberately put in place by Her Majesty’s Government. Yet despite this, the tax revelations were met with uproar around the world.

Tax has always been an area that ebbs and flows with public sentiment and how well the economy is performing. Prior to the 2008 Global Financial Crisis, issues like the Paradise Papers didn’t make the headlines – nobody really cared. When the public is happy and the economy doing well, they don’t begrudge those who are able to play the tax system to their advantage. Take away the bustling economy, throw in increased unemployment and this all changes. Smart leadership must be aware how revelations like those seen in the Paradise Papers look when others are feeling the pinch.

The public and political pressure to clamp down on offshore accounts, despite their current legal status, is very real. More than 300 economists, including former IMF chief economist Olivier Blanchard and Nobel Prize winner Angus Deaton, have signed a letter to world leaders asking for such a move. They believe that the UK is “uniquely placed to take a lead” on regulation because it has “sovereignty over around a third of the world’s tax havens.” A good business leader will ensure a positive balance between paying a fair-share of tax and taking advantage of tax breaks sanctioned by governments and treasuries in order to stimulate particular types of investment (for example, in research and development) or behaviours such as saving for retirement.

Every business needs a strategy that aligns the organisation’s financial goals with its values and ethics – and which management can explain to regulators and the public. Some of the world’s largest organisations have fallen foul for not contributing their fair share of tax in the UK, including Google, Starbucks and Amazon. Businesses around the world have some highly complex decisions to make, particularly as international tax incentives are offered by different regions in a bid to attract investment. These are decisions to that must be taken right at the top of the business and not delegated to back-office operations or independent auditors. They impact upon a business’s financial commitments and, just as importantly, its reputation.

Richard Branson refers to the “decision stream” – a way of mapping out all the possible outcomes of each financial opportunity. He recommends consulting with colleagues and other professionals to gather insight on how a choice may affect the business, its people and the public. Ask yourself: if we were to make this decision with outsiders looking in, would we make this choice or choose a friendlier alternative?

By and large, offshore accounts are not the stomping grounds of criminal organisations and corrupt individuals, but businesses and individuals who are looking to diversify and protect their assets. The desire to gain, to succeed and to win is what keeps our households, businesses and economies running. Greed is, absolutely, good.