Making a Success of Succession Planning 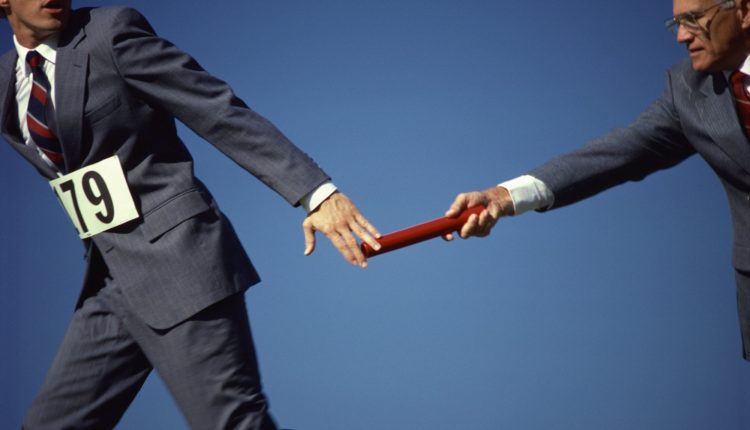 Whether a large or small business, succession planning has to be done right and executed without compromise. But where do the difficulties lie, and how can we make sure succession execution goes smoothly, without an impact workflow? Simon Bittlestone, Managing Director of Metapraxis, explains for CEO Today.

Succession planning is a challenge for any organisation, but for small and medium-sized businesses, it presents some very specific issues and challenges. For large enterprises, corporate governance and processes are largely set and remain in place regardless of who the CEO is – indeed, it would be strange if a FTSE100 company was entirely reliant on the work of one person, given that most CEOs of public companies only remain in post for a few years. That’s not to say that the cult of personality and the visionary leader doesn’t exist, of course, with Sir Martin Sorrell being a brilliant example of one of these, but once you get to a certain size of organisation, the business must, necessarily, run itself day-to-day; so the reliance on one individual to keep the business going is not there.

This is manifestly not the case for many family-run and smaller businesses. The CEO, often the founder, frequently holds most of the key relationships essential to the continued operation – whether clients, suppliers or partners. And the way the business is run will closely reflect their personality, approach and preferences. Much less is likely to be codified and set in stone – indeed, many of the processes and strictures that big businesses rely on just don’t exist in smaller firms (that’s often part of their appeal, for both clients and employees!).

And that’s why succession planning is (somewhat counterintuitively perhaps) even more important in SMEs – and why it should begin sooner rather than later. With everyone walking around staring at their iPhones, everyone’s chances of being run over by a bus are presumably only growing! More seriously, a report by Legal & General entitled “State of the Nation” which was released in April of this year showed that 53% of businesses think they would cease trading in less than a year after the death/critical illness of a key person – a figure which rose to 67% if the death/critical illness happened to the actual business owner.

So, succession planning is crucial for an SME – but that doesn’t mean it has to be complex. Much of what good succession planning looks like should be obvious.  Ensuring the business-critical information needed by the incoming CEO is available and sensibly structured, for example, will give the new team a chance to get up to speed with the essentials of running the business before they take over. As with any business, as long as they are available and able to help with the transition, the commitment of the existing leader to the success process is essential. Many of the remaining issues, meanwhile, can be addressed by asking who the planning is really for.

Two key stakeholders must be addressed. The first is clients. The more – and sooner – the founder can share key relationships with other directors, including the planned successor, the better. Leaving the transfer of these to the handover period will add massively to the challenge and risk of the transition process. It is also poor business practice. If the business is essentially reliant on an individual for a majority of its continued revenue stream it is inherently vulnerable; it is arguably more dangerous even than relying on a single customer or client. This should be an unacceptable risk to any business.

The second key audience that must be addressed, meanwhile, will always be the staff. Succession necessarily breeds uncertainty, and in small businesses – and most large ones – that’s unwelcome. That’s why it’s vital that communication with employees starts early. The sooner people can start to adapt and have an opportunity to raise issues or risks, the sooner the business and its people can coalesce around the new leader. Only then can they move on.

That’s perhaps particularly an issue where the business is family-run and passing to the next generation. In these cases, there will always be doubts over the meritocracy of such successions, and it’s potentially impossible to satisfy everyone.

Two things, though, can help: First, that the successor can be seen to have ‘paid their dues’ – undertaking a rite of passage working in the business to gain the experience required, as well as the opportunity to earn the respect of their peers. Second, the appointment process should be transparent and honest. If there are competing candidates who are not family members then all candidates must be properly considered, ideally by an independent non-executive, and the reasons behind the final decision explained. The last thing that either party wants is a poisoned atmosphere that a sense of entitlement brings. In the end though, nothing matters more than the hard work, drive and focus of the new appointee. From my own experience, I am sure that in ascending to the helm of Metapraxis following my father’s sudden retirement, having only been at the business for a few years, would have put some people’s nose out of joint. But I worked incredibly hard, and still do, to set a new strategy and achieve the growth that would bring with it opportunity and reward for everyone. Seven years on and four times bigger, I think we have formed a brilliant team.

Finally, in any succession planning process, financial and business data will be vital. With the replacement of a leader there is an inevitable loss of experience and this can negatively affect the quality of decisions. Humans rely on historical experiences to predict future outcomes – it is how our minds work, and is no different in a business context. Historical data will help a new team to better predict potential outcomes based on their actions. If the drivers of performance have been identified across the business, the inputs necessary to create a model of future performance are easier to put in place.

Nowadays, accountants and finance directors with the right tools can apply complex statistical modelling, very quickly, across vast amounts of data to pull out the trends needed to create accurate future predictions about a business’s prospects. Businesses need to use data to understand their key value drivers and the spread of these across customers, products, geographies and functions. ‘What if’ scenarios based on the data will also hugely amplify the planning process.

This process should clarify the roles that really matter and where succession planning is most important. In fact, it also highlights the final reason why planning can’t wait: It helps those running the business to really consider whether the right processes, communication, governance and knowledge sharing are in place. Ultimately, it will help the business run better – whoever’s at the head.