How Should CEOs Respond to Fake News About Their Brands? 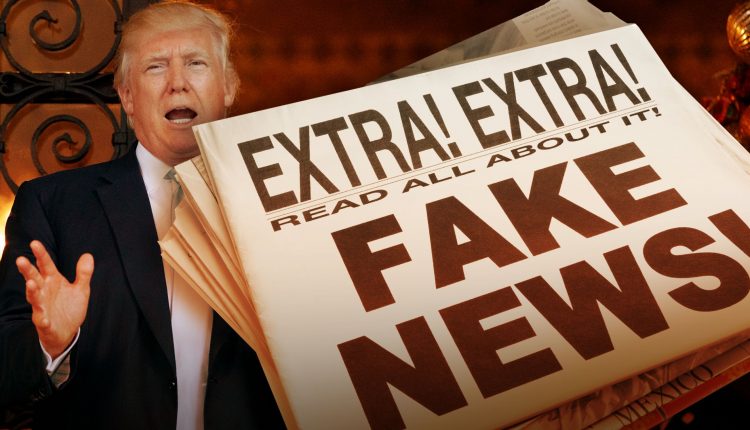 Here Carolyn Pepper and Roch Glowacki of Reed Smith, discuss with CEO Today the considerations to make and the steps to take when it comes to fake news, propaganda and the spreading of hoax stories regarding their brand, company or organization.

Fake news, it seems, is everywhere: on our social media accounts, online, in political debate and advertisements.

Accusations of fake news plagued the US presidential election and the Brexit referendum throwing the quality of the political debate into a state of disarray. Even reports of the recent devastating hurricanes in the US and Caribbean have not been immune from accusations that they are fake news.

Although fake news might seem a new phenomenon, that is far from the case. Fake news has been used many times in the past (for instance during both World Wars) as a political propaganda weapon to promote particular political agendas. Urban legends have been circulating since time began. In fact, fake news is older than the invention of the printing press which itself sparked a new wave of dissemination of unrestricted and uncontrolled information and in this context, has many parallels with today’s digital media explosion.

However, there can be no doubt that it is the digital media explosion which has enabled the spread of fake news. What initially began as largely a political phenomenon has also now become more mainstream, spreading to the corporate world and damaging business. In a recent example, last month, Starbucks was on the receiving end when (fake) news spread that the coffee giant was giving out free Frappuccinos to undocumented migrants in the US.

In an era when information gets reposted, retweeted and shared 24/7, stopping the wildfire of misinformation is not easy. Therefore, it is vital that brands are mindful of the tools that they have at their disposal.

Traditionally, companies have looked to the law to resolve difficulties with false stories. Although in the eyes of the law, freedom of expression is a fundamental right and is often referred to as such, it cannot of course be an absolute one. There are controls on freedom of expression such as those which relate to contempt, racist (and religious) hate speech, harassment, terrorism-related material, classified material and obscenity.

Libel is probably the best known restriction on freedom of speech. A libel claim can be brought where a publication has caused or is likely to cause serious harm to the reputation of a specific individual or company (and in the case of a company, serious financial loss). Malicious falsehood (otherwise known as trade libel) claims can also be used where there has been malicious dissemination of false information which causes loss.

There is still a place for using libel and other legal remedies to control fake news in appropriate circumstances, for instance to take action against a repeat offender or to dispel persistent or very damaging stories. However, policing fake news using libel law (or indeed any other law) in one jurisdiction can have a limited effect on stories which are being disseminated beyond national boundaries, as is the case with stories posted on social media. Although steps can be taken to block material in a particular jurisdiction, leakage often occurs. Enforcing UK court judgments abroad can be difficult and if the defendant does not have deep pockets or cannot be located, seeking vindication in this way can be an unsatisfactory and expensive exercise. Some companies are also dissuaded from suing at all for fear of publicising the false accusations further.

There is one other important reason why the law may not be the best solution for brand owners. This is because it generally provides companies with retrospective vindication only. Although in an appropriate case, an urgent hearing can be held, by the time the court delivers its judgment the damage has often already been done. In a world where fake or misleading stories can go viral within hours, time is of the essence.

Where fake news appears in traditional media such as newspapers, there are other quasi-legal remedies available. The Editor’s Code of Practice enforced by IPSO, to which many major publishers are subject, does place restrictions on inaccurate reporting and IPSO has made a number of decisions criticising publications for inaccurate reporting which have been dissuasive. Similarly, Ofcom’s broadcasting code requires accuracy and impartial reporting. Again, however, these routes may not always provide the speedy remedy desired.

Further, it is social media, rather than traditional media which is often the source of fake news stories. There are obviously great challenges in controlling fake news on social media. This is because social media services like Twitter and Facebook host, rather than curate or edit content. Nevertheless, social media sites are responding to the challenges of fake news. Inacccurate reports and stories can be reported to Facebook and Twitter. Twitter is said to be actively looking at technical solutions to the fake news problem. Facebook have said that they will re-prioritise posts which do not seem to be authentic by pushing them down a user’s Facebook feed and flag them as “disputed”. They are also working with a number of fact checking organisations such as Snopes.com and FactCheck.org in order to identify and flag fake news stories and will include links to a fact checking post about the story where appropriate.

Although many of the fact checking organisations focus on political stories, some, such as Snopes.com, do deal with other types of fake news stories. Snopes.com, for instance, decide what stories to debunk based upon the level of interest in the subject matter. They do this by considering the tabulation of terms entered into their search engines, reader e-mail submissions, comments on their Facebook and Twitter accounts, and Google, Facebook and Twitter trending topics. One possible solution to a damaging fake news story would be to report it to a fact checking site such as Snopes.com for independent vetting in the hope that they would be prepared to identify it as “fake news” on their web site. However, it is important to note that by their very nature, fact checking sites are intended to be non-partisan and they will not feature a story simply because they have been asked to do so.

Increased calls for accountability have also caused some governments to take a proactive approach to the problem. For example, Germany has recently approved a law that will fine social networks up to €50 million for failing to remove illegal content from their sites. Earlier on this year, the UK Culture, Media and Sport Committee launched an inquiry into fake news to investigate how to address the problem. The BBC has established a “Reality Check” team who are employed to check stories who work online and across radio and television to assess the accuracy of stories and with whom questions can be raised about stories. It is clear that the work being done by social media, governments and broadcasters such as the BBC are all moves in the right direction. With time, as we have seen with IPSO, we may see industry self-regulation for digital and social media services, cross-border co-operation to tackle the problem or possibly fact checking organisations becoming more prominent. Despite the progress being made, however, it is clear that there is currently no quick fix or easy solution to the fake news problem.

So, while we wait for regulatory solutions to develop and mature, how should companies deal with fake news stories? The answer depends upon how damaging the story is, whether it is part of a campaign from a single source, whether it has national or international relevance and how far the story has spread. In some cases, the best response may be to ignore the story to avoid giving it greater prominence and/or report it to the operators of any social media site on which it appears. In others, where immediate damage is being caused, a press release and appropriate social media posts may be the right way to deal with it to try to minimise the damage as quickly as possible. It may also be possible to get a rogue website temporarily suspended by its internet service provider.

In the case of more damaging stories, especially where the source is a repeat offender, a legal remedy may be worth pursuing. IPSO or Ofcom complaints should be considered in the case of traditional media. However, the very best thing that can be done to deal with fake news stories or indeed any other similar crisis is to be prepared and to ensure that you have a pre-appointed an experienced team (whether internal or external) who have developed a strategy and who can be brought in quickly to deal with any issues that arise. You cannot predict the content of a fake news story but you can have the right people and a range of appropriate strategies in place to deal with them when they do appear.