Can Your Employees Wear Religious Symbols at Work? 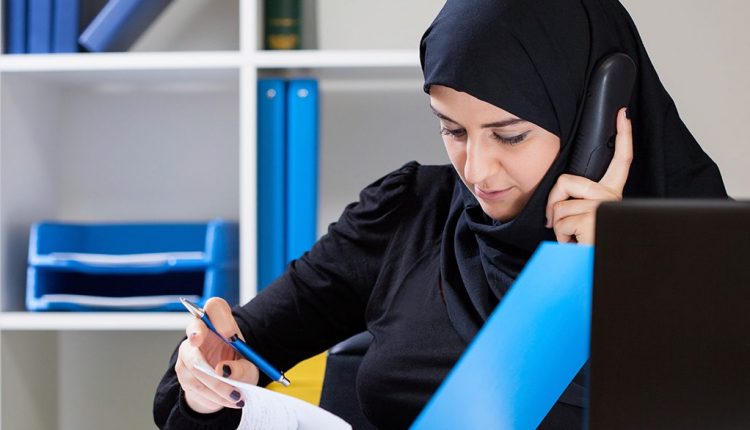 The ECJ recently handed down its judgment in relation to the long running cases in Belgium (Achibita v G4S) and France (Bougnaoui v ADDH). These high-profile cases focussed on whether bans on religious symbols constituted as direct or indirect discrimination. Michael Farrelly, employment lawyer at Excello Law, here gives CEO Today a run down on the cases, and explains what’s next for UK businesses.

The European Court of Justice (ECJ) judgments handed down recently in the cases of Achibita v G4S and Bougnaoui v Micropole – cases which originated in Belguim and France respectively – dealt with the issue of whether the banning the wearing of religious symbols in the workplace amount to discrimination. In both cases, Muslim women had ultimately been dismissed following a refusal to stop wearing a headscarf when told to do so by their employers.

The differences between each case, and between the judgment ultimately arrived at, offer a useful guide to the manner in which the wider debate on such topics is unfolding. It should be noted (and this is something reflected in the more contentious of the two judgments) that questions of this kind do not arise in isolation. The actions of employers in the first place, and of the courts when requested to rule on those actions, are reflective of the wider society in which they take place. This was certainly reflected in the response to the Achibta judgment, which was welcomed (rightly or wrongly) by right of centre parties such as Alternative für Deutschland in Germany, as representing the ECJ giving blanket approval to the banning of religious symbols in the workplace.

In reality, the message sent out by the two judgments was subtler, not to say somewhat muddled. The case of Bougnaoui v Micropole involved Ms Bougnaoui being asked to remove her headscarf by the IT company following a complaint from a client whom she had visited. The ECJ found that Ms Bougnaoui had been discriminated against, and that the concerns (not to say prejudices) of an individual client did not represent a genuine occupational requirement, such as a health and safety concern regarding the headscarf in question.

In the case on Achibita v G4S, the request that Ms Achibita remove her headscarf was based upon a wider company policy stating that employees are not allowed to wear symbols of political, philosophical or religious significance, as such items might impact upon the neutral image the business wishes to portray.

The judgment in this case was that Ms Achibita had not been a victim of discrimination (either direct or indirect), in that the ban in question had been a blanket ban and not specifically targeted at her. In many cases, however, a judgment of indirect discrimination could have been reached, on the grounds that a practicing Muslim may find it more difficult to comply with the ban than other members of the workforce. The fact that the judgment did not make this distinction is what has led to it being heralded (or decried) as marking a major change of direction. In past cases the ban has been upheld on the basis that it was necessary for the employee in question to carry out their job effectively and safely or another legitimate business aim. The judgment in this case, however, went further and found that the right of the employer to carry out their business in a particular way outweighed the right of Ms Achibita to wear her headscarf.

It is the finer detail of the ruling which might prove useful as a guide for UK firms going forward however. Not in terms of having to work to ECJ strictures, perhaps, but with regard to the factors which the ECJ states national courts should take into account. These include the nature and prominence of the political symbols in question, the work being carried out by the employee and, somewhat vaguely, the ‘national identity’ of the country in question.

It is this ‘national identity’ which is, of course, the most difficult aspect of the formula to pin down. In the past, UK courts have reflected a tendency to side with the employer against the employee where symbols of a religious nature were concerned. Cases such as Farrah v Global Luggage Co Ltd and Azmi v Kirklees Metropolitan Borough Council were employment tribunals dating from 2012 and 2007 respectively, and dealt with employers claiming discrimination on the grounds of Islamic clothing. The cases of Shirley Chaplin and Nadia Eweida, on the other hand, involved the NHS and British Airways respectively and centred upon employees being refused permission to wear the Christian symbol of the cross. In all cases, the authorities passed judgment in favour of the employers, and the ‘national identity’ post-Brexit, may lean further in this direction. Any cultural inclination to give less credence to symbols of the Islamic faith, however, would potentially be counter balanced by a desire to ‘take back control’ by favouring more traditional Christian symbolism. To complicate matters further there have been commitments made recently to protect women in the workplace against discriminatory dress codes which insist upon them wearing uncomfortable and even painful high heeled shoes. Although dress codes of this kind are already illegal, the reality is that the lack of clarity and any threat of punishment leave many companies feeling free to circumvent the rules, something which the Government, following a recent Petitions Committee and Women and Equalities Committee report, has pledged to act upon.

Against a backdrop as complex and shifting as this, UK companies may need to establish a clothing policy which is consistent, practical and easy to defend on the basis of it being a proportionate and legitimate means of achieving a legitimate business aim or a genuine occupational requirement. The temptation to shape any policy on the basis of an assumption of the direction which the ‘national identity’ is taking is to be resisted, not least since the actual form which the UK’s post-Brexit laws will take very much remains to be seen. Particularly as the Great Repeal Bill will, initially at least, incorporate EC law and ECJ judgments into UK law. As Brexit itself, and the election of President Trump demonstrated, second-guessing the national mood has become more difficult than it has probably ever been.