Business Lessons from the 2022 World Cup

There is no shortage of comparisons between sport and business. And rightfully so. There are many lessons that business leaders can take from pivotal sporting events like the football World Cup. The sporting world is constantly innovating, uncovering new tactics and investing in the next generation. 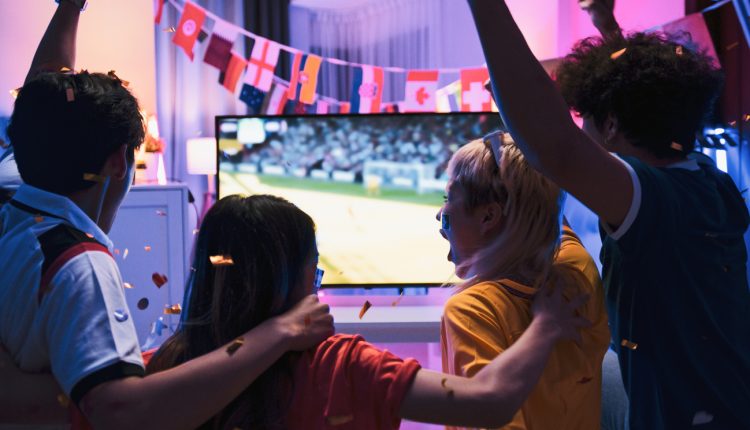 The business world often struggles to keep up with the pace of change. In an economic climate that is squeezing budgets and damaging morale, innovative business leaders would do well to look beyond the traditional spheres towards sport to seek out that winning edge.

The FIFA World Cup Qatar 2022 has provided many transferable lessons for businesses. Within this article, I am going to delve into a few of these that may inspire you to drive real business benefits.

The subject of Diversity and Inclusion has been raised at almost every game of the World Cup. Before the tournament began, Qatar’s women and LGBT human rights record had been called into question. Similarly, many pundits’ decisions to commentate and host the TV coverage has also been subject to criticism. We also saw a number of teams including England and Wales told not to wear the pro-LGBT OneLove Armband during games after FIFA threatened sporting sanctions.

However, throughout the tournament, we have also seen a number of individual protests. Ex-England International Alex Scott wore the OneLove armband during her live BBC commentary and the German team protested FIFA’s armband sanctions by posing for their team photo with their hands over their mouths. Similarly, the Iranian team showed their support for anti-government protests in their country by refusing to sing the national anthem in their opening encounter. England have also continued to take the knee before their games.

These individual actions are important to progress. But they need to be supported by wider institutional, systemic and global change to have a real impact on policy and our day-to-day lives.

No business can say they embrace diversity if they are willing to drop their values in the face of challenge. Taking a stance requires renewed commitment. Not just from individual employees, but meaningful actions right from the very top. Business leaders and their institutions can — and should — play a meaningful role.

Unfortunately, elite sport is often a place to look for poor leadership and governance practices. The corruption that reigned at the heart of FIFA has been widely-documented. In 2015, more than 24 officials and associates all the way up to highest management were implicated in a 24-year self-enrichment scheme said to involve bribery and corruption. The serious question marks over the legitimacy of Qatar holding the tournament have continued throughout the event.

When leaders’ missions and incentives are not aligned with those of stakeholders’, things go awry. But leadership structures are rarely designed to self-correct. Those in charge often talk a good game. But more often than not, impactful change does not follow. Pressure from outside and inside needs to be applied if dysfunctional leadership structures are to be dismantled.

Use diversity and mentoring to build success

Performing on a global stage like the World Cup would be daunting for any seasoned professional. Imagine what it must be like for players who are still in the early stages of their career. Germany’s Youssoufa Moukoko is the youngest player in the 2022 tournament. He had just turned 18 when he played against Japan.

This places a key responsibility on the more experienced squad members to step up in a mentor role for their younger teammates. After England’s win over Senegal in the last 16, Captain Harry Kane said he felt like a “proud older brother” to the younger teammates and commented on the blend of youth and experience within the current England squad.

World Cup success — and high performance in pressurised situations — is not all on technical skills. Much of the success comes from handling the intense pressure to perform at your peak in each game. The ‘been there and done that’ knowledge experienced players can offer is invaluable. They understand exactly what it feels like to be at your first World Cup or have the expectations of a country on your shoulders.

Successful teams tend to build around a core of experience and youth. Businesses should too. Those who have been in the business or industry the longest should be encouraged to guide and mentor those just entering the industry.

It doesn’t have to be a formal mentoring program, although the structure can support personalised development plans. Similarly, those just stepping up could bring new, innovative approaches which could be weaved into current practices through reverse mentoring.

Results matter in business and sport, but people come first. Before England’s Round-of-16 tie against Senegal, it was announced that Raheem Sterling would not be available for the game. It later came to light that he flew home to be with his family after an armed robbery at his home.

When pressed on whether Sterling would be returning, England Coach Gareth Southgate was fully behind Sterling’s decision to return to the UK. He demonstrated his commitment to player wellbeing saying he gives Sterling “as much time as he needs”. Luke Shaw also shared that his Grandmother had passed away before England’s first game and Southgate offered him the opportunity to take time away but Shaw opted to continue with the team.

The pandemic and the current cost-of-living crisis have demonstrated the need for businesses to put humans first. We are all dealing with unique circumstances that impact our whole selves, including our ability to work. Managers and leaders should have flexibility, empathy and understanding to support team members through personal challenges.

The World Cup is famous for its shocking and unexpected results. In the group stages, we saw Saudi Arabia stun Argentina and Japan beat both Germany and Spain 2-1. Morocco reached the semi-finals for the first time in the country’s history. It’s a clear example that with a nimble approach that is able to adapt to the working style of each competitor, smaller teams can overcome the giants in the footballing world.

This is true in the corporate space. Start-ups that embrace ‘grown-up thinking’, learn from the mistakes of those before them and embrace new tactics can surge past their competitors.

Control what you can control

On the flip side of these unexpected wins, there is a top-rated team with high expectations that will feel like they let themselves, their fans and their country down. These feelings can quickly impede future success and personal progress too.

As much as you might be highly favoured, you ultimately cannot control what the other team does on the day. In business, your customers, stakeholders, partners, and investors can go against you on any given day no matter how much preparation or crisis mitigation you do.

Focus on what you can control, rather than being consumed by what you can’t, like competitor actions or wider economic forces. You are the only one in control of your personal performance. The choices you make should be to empower this position, not ones based on the actions of others. Business leaders can create an environment where preparation and excellence are celebrated, not results outside your control.

Sport has plenty of inspiring stories and transferrable insights that can be applied in business. These lessons from sport can be powerful catalysts for change in your business. But don’t just leave it here. Invite people involved in elite sports into your business. Bring them in to share their inspirational stories with your teams — not just on keynote speeches and hosting clients. Invite them to the boardroom to facilitate, brainstorm, and inspire on business-specific issues like DEI, high performance and product innovation. Involve them in focus groups, ask them to be part of your advisory team, and allow them to mentor your highfliers. You never know what solutions you could uncover by bringing elite talent from the world of sport into your inner circle.

Christy Kulasingam is an experienced business strategist and founder of In•Side•Edge. A portfolio entrepreneur, he was born and raised in Sri Lanka until 18 years old, Christy then moved to the US where he achieved a double major in Computer Science and Economics, which fuelled his curiosity for marrying the two subjects in business.

After a successful 14-year consulting career with Andersen and Deloitte, Christy founded Radbourne Consulting in 2009, where he delivers strategic business advice to blue chips, scaling businesses, entrepreneurs, and investors. Christy also brings hands-on operational experience as the founder of multiple ventures and as an interim executive.

His most recent venture is In•Side•Edge, a boutique consultancy and innovation studio that helps businesses tap into the world-class insights of sporting elites. More information can be found at https://insideedge.live/.