Loan loss provisioning is when a cash reserve is created by a bank to cover problematic loans that are likely to default. 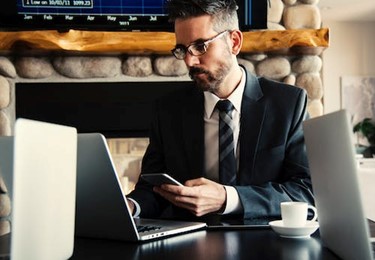 Loan loss provisioning is when a cash reserve is created by a bank to cover problematic loans that are likely to default. Whenever a bank expects that a borrower will not make repayment on a loan, a loan loss provision is implemented to cover a section of the remaining balance.

Whenever a bank has contributed funds to maintain this provision, a charge will be listed on an income statement as an expense. Alternative names for loan loss provisions include valuation allowance, valuation reserve, allowance for loan loss, and loan loss reserves.

An example of loan loss provisioning is as follows: if a bank has given a $100,000 loan and has a valuation reserve of $10,000 on one of their loans, and the borrower has repaid $500 or the outstanding $1000 balance, then to cover the cost of the defaulted loan, the bank would take the remaining $500 from its loan loss reserves.

This article has outlined 5 things that you need to know regarding loan loss provisioning and how it works:

1) A Loan loss provision is defined as a cash reserve that banks allocate to cover any losses that they have incurred from defaulted loan repayments. In a lot of ways, a loan loss provision is similar to internal insurance for the bank. This is because it protects them whenever a borrower has been neglectful in their repayments or has defaulted on their loan entirely. Loan loss provisioning is always implemented to protect the bank from any incurred losses and as such, these reserves are essential, particularly in a tumultuous financial era.

2) Some methods that the majority of banks will implement to determine the size of their valuation reserves are to assess any previous historical losses or to evaluate the reserves of other banks within the industry. They then use these figures as a general guideline for the amount of loan loss provisioning that they should implement themselves. Nowadays, banks rely heavily on loan loss provisions to prepare against problematic loan repayments that occur during economic or sociological crises.

The number of defaulted loans compared to reserves is usually always measured using this Texas ratio. Whenever the total amount of problematic loans is exceeding the available capital and loan loss reserves, it signals to the bank that it is in a troubling situation. If the ratio is 1:1, then the bank will usually fail or crash thereafter.

4) Loss history is used to predict the potential of losses on future loans. After the 2008 financial crisis, banks did not have an abundance of loan loss reserves to account for their overall losses. Thus, banks began to properly implement loan loss reserves in the following years to allocate resources and enhance the size of their reserves to defend against future financial crises.

Congress then passed the Dodd-Frank Wall Street Reform and Consumer Protection Act in 2010, which aimed to improve the overall financial stability of the United States. Under this act, grants were given to help develop community financial institutions for them to create loan loss reserves and manage any losses incurred through non-performing loans.

5) Competitive analysis is used whenever the bank wishes to assess the financial reports of other banks and determine an industry standard for its loan loss provisions. While this may not consider the bank’s historical losses, assessing the industry standard does help banks to ascertain whether their current reserves are overestimated or underestimated in comparison to the reserves allocated by other leading banks.

By allocating these reserves, banks ensure that they are protecting themselves in the event of a financial crisis. A bank must set aside a portion of its money to cover any losses that are incurred through defaulted loans as, during a tumultuous economic period, the number of citizens who are defaulting on their loan repayment is drastically increasing.

Before the economic crisis of 2008, banks were not necessarily allocating enough money to their loan loss reserves, and this resulted in many banks being in a dire situation during this time. After congress passed legislation that helped banks to allocate more funds to their provisions in 2010, banks began to focus more on the amount of money that they were setting aside for loan loss provisioning.

I hope that you have found this article to be insightful and informative. Thank you for reading.