Laurent Zahut, The Picturesque Journey of a Business-Minded Film Producer

Growing up in Paris would be enough to inspire just about anyone. 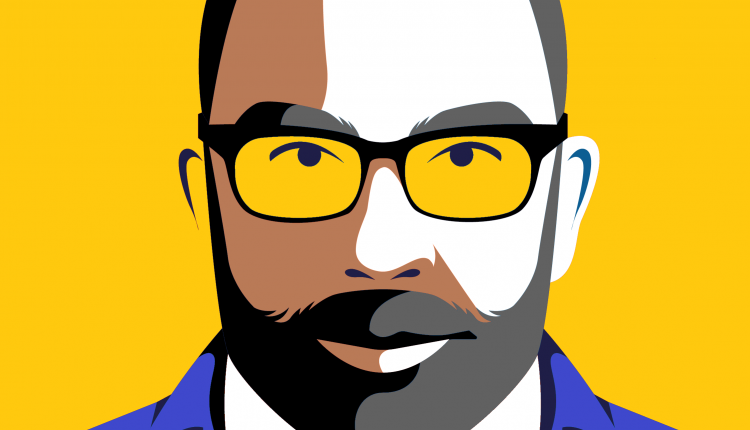 The monuments, the museums, the art, food, music, and indeed the city itself are a cultural reservoir overflowing with inspiration. But for a corporate strategist and advertising consultant, Laurent Zahut, growing up around such splendeur was ordinary, every day, even mundane. Inspiration and passion for him didn’t come from the artistic and cultural richness of his home city. It was the cinema that captured the young boy’s imagination and was the source of inspiration for his life and profession.

The local theater in Laurent’s 11e arrondissement neighborhood was more than a cavernous hall that presented the latest feature film, it was a gateway into other worlds, other times, and other experiences. From his first weekend afternoon outing, young Laurent was entranced by the entire realm of cinema. Movies offered a gateway into different worlds, away from the otherwise ordinary and sometimes solitary life he knew in Paris, and presented people, situations, and dialogue that became almost a school of life for him, and a refuge.

In this life school, young Laurent gained independence from the day-to-day life around him. In those years, the mid-70s, Laurent spent his weekend afternoons at the cinema, sometimes with friends and sometimes on his own. He was mesmerized by how the characters developed, how the scenes worked together, how the music could create suspense, and how camera angles and movement would create moods and set the tone. In the movie theater, new worlds were created that Laurent lived through, not as a character or actor in the movie, but as a part of the entire cinematic experience.

Laurent spent a year in the provinces, away from the city, with friends from the family-owned local cinema where he was able to go whenever he wanted. It was a cineplex of several theaters, a new concept at the time. He spent most of that time in the theaters, enveloped in movies, trailers, movie posters, promotional items, and most importantly, the moviegoers. It was at this time when Laurent began to understand what people responded to at the movies and in cinema in general. What brought them into the theater, what moved them during the film, and their reactions after leaving the movie – it all fascinated him. This fascination would later develop into a keen, almost innate, expertise in movie and event promotion.

Back in Paris, he attended the high school, Lycée Montaigne, which offered little inspiration for the visionary. It was the 1980s and with the backdrop of Mitterrand’s left government and the young French society that was eager to follow in social change and liberal idealism, a consciousness towards humanity began to develop. The anti-racism movement, “SOS Racisme”, was just gaining momentum providing Laurent with the opportunity to interview three key supporters from French cinema in the movement: Bertrand Tavernier, Daniel Gélin, and Richard Bohringe. This was the start of his broadening experience in public relations and media.

The Cold War created a necessity for free pirate radio which Laurent quickly folded into his foray of independent ventures by running a cinema-related radio broadcast from his basement with little more than a transistor, a microphone, and a love of the movies. By the age of 17, he created and was editor-in-chief of CINEFEEL, a cinema-related monthly magazine with a unique design that gave the readers both articles and, when folded out, a beautiful movie poster. Though the magazine may not have been a household name in Paris, it was wildly popular in the provinces and gave Laurent the distinction of being the youngest magazine editor in France.

In 1986, at age 18, Laurent met Alain Riou, one of the editors of the French cinema magazine, Nouvel Obs, and began writing articles and pitching ideas for the publication. Always the non-conformist and risk taker, Laurent proposed several new and fresh ideas on the heels of entertainment controversies going on at the time. Two movies with censored and banned promotional commercials were being released the same week. Laurent saw this as an opportunity to write about the news about the movies themselves. And also created a controversial movie post for the film where the explicit slogan on the poster was more predominant than the title of the film itself.

This parlayed into work as a press officer for US movie studios including Columbia Pictures and the release of the French version of Fright Night. Though the experience of working behind the scenes in movies wasn’t appealing to Laurent, the experience did provide valuable connections in the industry.

Laurent Zahut helped launch one of the first multiplex cinemas in the grand shopping center, Les Halles. Working with the cinema operator, Jean-Pierre Lemoine, he helped launch the new theater as well as dozens of films being shown there, including The Last Emperor, The Name of the Rose, and The Sicilian. Promotional media, press, and special screening events were a part of his creative duties while helping the multiplex become an entertainment and cultural icon of Paris – which it still is today, albeit under new ownership.

It was through these positions that Mr. Zahut fine-tuned his work passion: to please the public by moving them to a very profound level through marketing and promotion.

Inspiration from outside the industry

Laurent worked for nearly a decade outside the cinema world. Marketing and advertising were broader than just the film industry, so began to work as an advertising and promotional specialist for other businesses, including McDonald’s. At the time, in the early 90s, McDonald’s was experiencing another wide expansion in France and Mr. Zahut was there to help make it happen. He and his agency were responsible for the promotions and events for the openings of three to four McDonald’s restaurants each week across the country.

However, cinema never left his thoughts. A reconnection with a film press agent friend lead to a chance meeting with the marketing director of Disney, Jean Francois Camilleri which would change Laurent’s professional direction. While sharing an idea with Mr. Camilleri about creating movie posters for the company, Laurent realized he wanted to return to cinema, but with the invaluable lessons, he learned in general marketing.

Combining his love and knowledge of the cinema industry with the marketing and advertising skills he acquired along with a rolodex full of film industry contacts, Laurent Zahut launched Terre Neuve, cinema-focused marketing and advertising agency. In the following years, the agency created some of the most memorable promotional materials, and radio and TV spots for some of the most well-known movies from France, the United States, England, and around the globe.

All work was done in-house to ensure the continuity of the slogans, taglines, moods, artistry, and message of each movie the agency created. So great was the impact of Terre Neuve’s work, that some filmmakers themselves personally called Laurent to congratulate him on capturing exactly what they were looking for – one being Woody Allen himself for the outstanding work Terre Neuve did for his movie, Match Point.

The successes of his agency could be attributed to not only Laurent himself, but his nature as a risk taker, a think “outside the box”, trying new and innovative things, and always pushing himself and those around him to think more and more about audience reaction, and for – like the young boy running through the streets of Paris in the 1970s – his undying love for cinema and the movies.