The secret of unleashed creativity is out – and it’s remote work, according to Canary Islands’ gaming company Triple O Games. 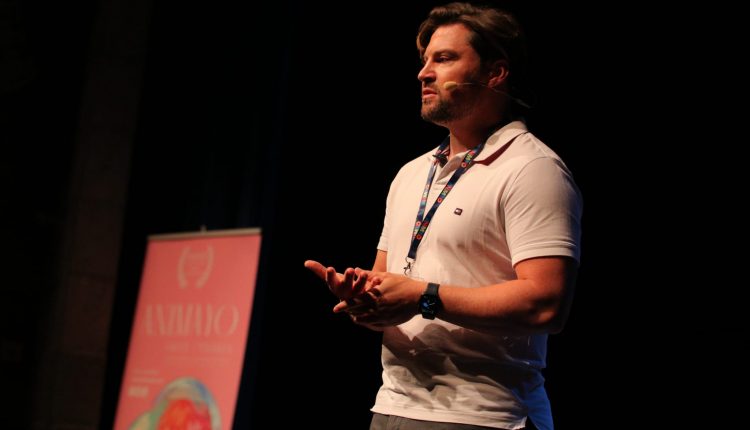 Although ‘Triple O’ reflects the out-of-office identity, diving into deeper conversations with the team reveals an overarching freedom mindset which is ingrained in every aspect of the company’s lore.

The blockchain-enabled gaming start-up, headquartered on the paradise island of Tenerife located off the coast of Africa, is about to change how people interact with video games.

Triple O’s first title, Battle Derby, is a multiplayer mobile game that will allow players to choose how they want to play. They choose between free-to-play and play-to-earn models. Similarly, the team of 20, led by CEO Isidro Quintana, foster the same freedom of choice mentality when it comes to working.

The rise of remote working has emerged as one of the biggest shifts in the workplace over the past few years, and the current generation of startup founders seem keen to continue this trend, which has gained momentum post-pandemic.

Proponents of the out-of-office workstyle argue that giving people the choice to work from wherever they want, when they want, and with whom they want has many advantages. One of the most cited benefits is an improved work-life balance, which, many believe leads to a higher level of employee engagement and effectiveness – driving productivity among teams.

“I have always thought it was the best way to work (remotely). This job has a lot of inspiration, it is not about clocking in and out, you have to get the job done and make good use of the time, that freedom to organize yourself I think is very positive, both for the worker and for the final product. Also, I am a supporter of small teams in which everyone is immersed and aligned in the production, something that is lost in large companies where sometimes you don’t even know where you will go, and what you are doing and you get dizzy with a lot of bureaucracy, ending up disconnecting yourself from the project,” says Moisés Ríos, Senior VFX Artist at Triple O Games.

Out-of-office workstyle is having a major impact on allowing diversity, which is desperately lacking across tech sectors, to grow. Diversity-rich environments foster creativity, amplify learning and enhance communication – where a sense of community can develop organically.

By incentivising players’ skill, loyalty, and commitment, Triple O is ushering in an innovative economic concept that involves sharing profits within the player base – allowing players to become a part of the game’s success.

Similar to playing, when it comes to working, there are a few things more motivating than knowing you are a part of a smash hit.

“I have seen 90% of NFT projects that have come out to date and without a doubt, this one has something different, it is more serious, the team is 100% verified and can be contrasted on our own website to give more credibility to the project. I like the good atmosphere that the company has and it is a very good opportunity to be part of a winning project for several reasons, one of them can be economic, no doubt –  because if the game is known – the token can be a good extra. And then, to be one of the workers/creators of a great game, which makes us have a very good curriculum for the future,” says Daniel Salvador (Vegeta), Crypto Economy Designer at Triple O Games.

Creating an inclusive and welcoming environment where all voices matter is another major aspect of any creative powerhouse. This is something that Quintana – armed with 15 years of experience in the technological and audiovisual innovation industry, where he worked with some of the best entertainment companies like Disney, Warner, Marvel, DC and Mattel – knows very well.

“I decided to join Triple O Games mainly because of their work philosophy – a perfect philosophy for any junior who wants to start in the gaming world. By this, I mean that despite being a junior, in Triple O, they give you the opportunity to have a voice and vote and sometimes to lead tasks despite the little experience. On the other hand, the choice of this company is due to the confidence that the CEO transmits to each of the employees, their transparency in difficult times and above all, the closeness to its employees. In other places, the relationship between the CEO and employees is usually quite distant. Another reason why I joined this company was the desire to learn, to be able to be self-taught (with schedules and tasks in the project) and above all the desire to immerse myself in the crypto world,” says Alex González, 3D Artist at Triple O Games.

Out-of-office workstyle is having a major impact on allowing diversity, which is desperately lacking across tech sectors, to grow. Diversity-rich environments foster creativity, amplify learning and enhance communication – where a sense of community can develop organically.

“To be working with people who may be in other parts of the world is awesome and gives us the possibility, like me, to be alone with my thoughts or if necessary to have the whole team in less than a minute, it’s rewarding and reassuring. Triple O Games has a spirit of unity, we care about each member. We could be a family, or in our case, a tribe,” says Yeray Del Pino, 3D Lead Artist at Triple O Games.

Such freedom demands a heightened sense of responsibility. However, if you have successfully nurtured your team into becoming a tribe, you have created an environment in which self-management skills can flourish.

“Triple O Games was one of the pioneer companies in Spain and the Canary Islands to implement the remote work philosophy before the pandemic and even more within the video game sector. It is true that the company must trust and rely on responsible people, but it is the best way to balance personal and professional life. If I can, I would never go back to work in a company that was not remote,” says Raquel Castro-Estévez, Marketing and Communication at Triple O Games.

The last word comes from the CEO himself, Isidro Quintana:

“Companies have always tried to have a high level of control over their employees to ensure that they did the tasks they were given.

We are seeing a new model of business, where if the individual’s purpose is aligned with that of the company there is a much higher degree of commitment and productivity.

Then add in intrinsic motivation incentive policies, which are aligned to individual freedom such as days off, flexible hours, remote work, asynchronous communication and fewer meetings, family reconciliation, together with fair and reasonable extrinsic incentives including salaries, economic bonuses, shares and tokens.

The result is that you get not only highly productive people, but happy people who see their work as a part of them, like any founding partner.

Gone are the company-worker labour models where you did x work for y hours for z money, for a much more open model where employee and company have a more human, intimate and close relationship.

This is the spirit of Triple O Games.”