Building in the Winter

Tim Gentry, CEO of TokenTraxx on the joys of launching a web3 music company in a pandemic and building it in crypto winter. 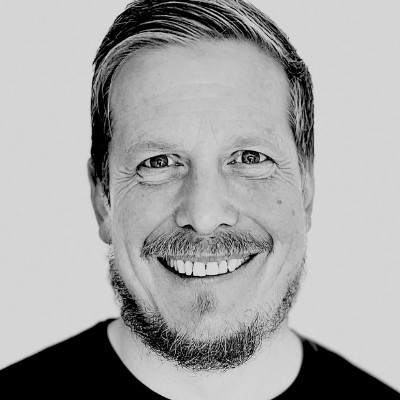 Outside of work, one of my hobbies is cycling. There is a saying in cycling that there are two types of cyclists – those that have just had an accident, and those that are just about to have one. Anyone who has watched cycling at any level from the Tour de France to their local criteriums will see where this truism comes from.

Many of us running companies through the unexpected challenges of recent years may feel there’s a parallel in business. We’ve lurched from pandemic to energy crisis to conflicts and the impact on all markets – macro and micro, traded or trading – has been beautifully described to me as ‘absolute carnage’. It is only human to long for ‘the good times’ – but is it realistic?

I don’t think so.

“Pressure makes diamonds.” The joy of building a business in tough times is that one knows that if you can create a modicum of success in tough environments, when more pleasant times come around, you can expect to reap rewards.

In 2001 when the dot-com bubble burst, Amazon suffered as well – revenues stayed in the $2bn-$3bn range for a few years, staffing levels reduced and losses were for a brief time over $1.4bn p.a. Since then, by deploying expertise honed in a few verticals to many, and owning the underlying infrastructure of much of web2 with AWS, it brilliantly created two decades of 10x growth in revenues and profit and become a business with market capitalisation of over $1trn.

The Facebook story began at a similar time, back in 2003, but it was not until 2009 – in the aftermath of the financial crisis, that Facebook landed on a monetisation strategy and then became cash flow positive. Facebook’s valuation went from $5bn in August 2008 to $11.5bn in June 2010 and then $50bn by January 2011.

The takeaway from these stories is that brilliant work delivers results in what Dickens described as ‘the best of times, and the worst of times.’

TokenTraxx, the web3 music company I am co-founder of, was conceived in the pandemic and launched in the midst of the current crypto-winter of March 2022, compounded by the latest crypto ‘correction’ in May of this year.  When the business was conceived in early 2021, it seemed one could simply say the word “NFT”, sneeze, and quickly make a few hundred ETH (or many hundreds of thousand dollars). Hundreds of projects saw the opportunity to bring the benefits of web3 to the music industry.

What the challenging environment of 2022 has forced TokenTraxx to do, is focus hard on the problem that needs solving for these dreams to become reality. One of them is “the adoption problem”. As Grammy award-winning songwriter & producer @genzomusic said recently:

“​NFTs are going to change the landscape for musicians worldwide — but for this to occur, mainstream adoption needs to happen. The reality is it’s going to take people who both understand the traditional music business and who are putting in the time to build in the Web3 space, and who have the access and ability to bridge those worlds. TommyD and the TokenTraxx team are poised to be that company that cracks the code.”

We see the following issues. Firstly, creators and curators need support and incentive to conceive and execute web3 projects that deliver value to their communities. They are nascent in their understanding and adoption and sometimes awash with other opportunities of making money.

The solution TokenTraxx has is to have three core pillars for our business.

A web3 advisory that develops web3 strategies for creators and curators that connect with brands, grow communities and create value.

A marketplace which is a vehicle for creators, curators and collectors to connect and transact on a TokenTraxx-owned and operated platform.

Lastly, but not least, our TRAXX Protocol where TokenTraxx is‘ decentralised’ brings our technology to communities.

They connect closely but have non-correlated revenue streams. Our advisory service gives us deep insights into the needs of the creator economy we are here to serve. Our marketplace connects us directly with collectors and provides a sandbox to deploy and develop our technology in, and then our secret weapon, TRAXX protocol, brings depth and breadth of scale by deploying that technology in music communities and beyond to music and entertainment-based enterprises, helping them transform from web2 to web3.

This model is going to get us further, faster, and build a platform for growth in the years beyond the current crises. However, we would never have reached this point if the clement conditions of summer 2021 had prevailed.

It would have been all too easy to build a house on sand. Instead, we’ve learned to build on the rock.

Hybrid Work and the Productivity Challenge