Inspiring The Next Generation Of Entrepreneurs 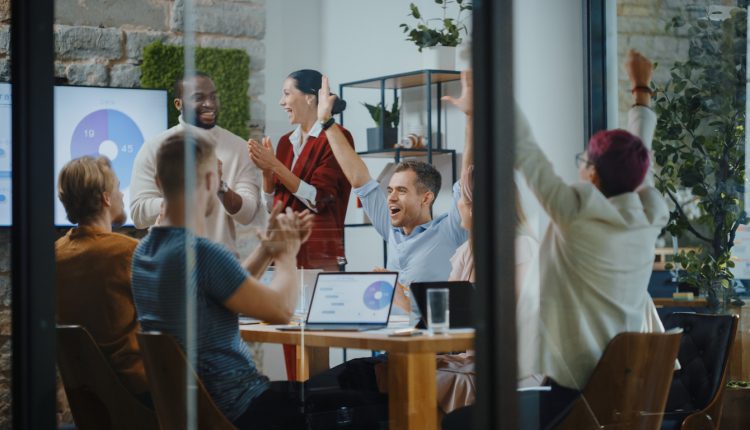 Kaseya CEO Fred Voccola got a taste for entrepreneurship early on, selling his first company while still in college and crediting his father for instilling a passion for innovation at a young age. Voccola shares the importance of entrepreneurship, the inevitable challenges and his own roadmap for success.

Entrepreneurship is important for a lot of reasons, among them, it provides an outlet for creativity and problem-solving. It offers incentives for people to find innovative solutions that humanity wants and needs to leverage. In a capitalist system, society makes decisions about what wins and loses by how people decide to spend their money. Entrepreneurship is the ultimate manifestation of that system by rewarding creative thinking and problem-solving with financial gain. It helps society find solutions to challenges while providing an outlet for people commercially. Modern medical devices, the internet, treatments for diseases – all these innovations were created by thinkers who had the incentives and courage to try something different.

The road not taken

Entrepreneurship is not an easy road. There is a graveyard full of entrepreneurs who wanted to be successful, but the level of commitment, focus and work were not commensurate with their desired objectives. The best lesson I’ve learned is being completely honest with yourself and knowing what it’s going to take so that you can navigate challenges and prioritise your investments, time and energy into making it happen.

The first challenge is fear. Fear can be crippling; human beings are wired to not like change. Yet, change is the one constant of being a human being. Entrepreneurs embrace change in the most fundamental way – they’re looking to create change in the hopes that it’s going to make something better. In my career, I’ve always been in tech, and you never know if people are going to like the product or service you’re producing. I’ve asked countless times, “is the market ready for this?” You always have doubts, but you move forward regardless, which brings me to the next challenge – finding good people.

There’s a tendency to try and go it alone. The entrepreneurs I know who are successful have a good professional support network. They’re the first people you hire to jump in with you. You have to get the right people on your journey, those who believe in you and in your vision. Very few people make it by themselves.

There are those who don’t think of businesspeople as creative. They associate creativity with writing a great poem or song or designing a beautiful building or even clothing. But entrepreneurs are among the most creative people in the world because they’re driving change. The problem arises when you get married to an idea. There are people who are experts at taking a great idea and making it even better, and that requires being self-aware.

More often than not, when entrepreneurs don’t “make it,” it’s not because their idea was not good.   Rather, they did not put as much time and focus into the execution of the idea or product. There are many reasons for failed execution. If I were to think of one reason why good ideas fail, it is that the entrepreneur focuses on being right as opposed to focusing on being rich. Now, I am not telling people to drive their values based on money. However, a successful entrepreneur is one who is taking an idea all the way from creation through all stages of execution. By definition, that means financial success. If financial success is not the point of measurement, then the person is not an entrepreneur. The classic example is the person who has an amazing idea for a product and is unwilling to make any changes to the original idea as he or she feels that idea is pure. No one is buying the product. However, with one or two small adjustments, that product would sell like hotcakes. But, that person does not want to adjust or deviate from the original idea. And the business fails, and the person is not successful. It may have been a really good idea that could have led to a great product that would have created a great business. But in this case, the business failed due to a lack of flexibility.

Most successful entrepreneurs who I have met are concerned with success. Their ego is centred around the fact that their business is successful. They are open to ideas and input and changes from anyone and everyone if it makes their business better. That does not mean they do not build great products or have strong principles, that goes without saying. What it means is many failed entrepreneurs are more concerned with their ego around the control of ideas, as opposed to the success of the business.

Grit will get you there – control what you can control

There is a great expression: “If it was easy, everyone would do it.” And it is so true. There is a reason that there is one valedictorian in every graduating class. It is hard to be number one. There are lots of equally smart people. The valedictorian is often among the smartest, but not always the smartest. I will bet that 99.9% of the time, the valedictorian of every graduating class was the hardest-working student in the class. There were times when he or she did not want to be studying at the library at 9 pm on a Saturday night; or in bed at 10 pm on a Thursday night prior to a big test. They made the sacrifices to achieve their goal of being the best. They controlled the things they could control (effort, preparation), and outworked everyone else.

That trait (I like to call it grit) is so critical for successful entrepreneurs. It is taking the lumps, and not quitting. Not letting ego get in the way. Never ever being outworked. Grit and toughness are close cousins. Being tough does not mean being able to beat someone up in a bar, rather, it means being able to apply a non-ending supply of energy in the face of defeats and obstacles in the quest to achieve a goal. Dealing with all kinds of frustration and pain, not quitting, turning weaknesses into strengths, and doing whatever needs to be done to be successful – that’s being gritty.

A lot of people have grind and fight in them. If you don’t possess the desire, don’t do it. There’s nothing wrong if someone “taps out,” but you can’t go half in if you want success. You have to be absolutely honest with yourself – know what you want. Get comfortable being uncomfortable and embrace change. And finally, do your best to align yourself with great people who are as committed to the vision of the business as you are. And if you fail, it’s okay. You learn and you get back up.

Necessity is the driving force

Necessity is what drives everybody. I was fortunate to have been exposed to one of the most entrepreneurial minds in the world, my dad. My father was the pioneer of electronic toll collections and later, a founding member of the group who invented in-vehicle navigation – two incredible innovations. I was exposed to a way of thinking early on that focused on solving problems, and how thinking outside the box to address big challenges can lead to new ways of doing things that make people’s lives better.   And consumers are willing to pay for that. That gave me the foundation and motivated me.

When I was in college, I thought I wanted to work on Wall Street. I had about 20 interviews, but I couldn’t get hired.  (I was and am a terrible interviewer; also, I did not, and do not, fit the “privileged Wall Street kid” profile).  Since I could not get a job, it created a necessity to do something; so, I started my first company in college.

And when I did it, I felt like a loser. At that point in time, the “cool” thing was to go work on Wall Street. No one thought technology startups were the place to go. I was an outcast for doing it; people thought I was crazy. I was envious of my college peers who were launching careers in accounting and finance management consulting. But in hindsight, I wouldn’t change a thing. People who take risks are valued and society benefits. Every lump, every scar I earned, made me who I am today. I made many mistakes, but it made me better for it.

Right now, we are just getting started at Kaseya. We are one-third the way into our journey here. Over the next decade, every managed service provider (MSP) and small to medium-sized business (SMB) will be using Kaseya’s IT Complete platform to manage their IT and security environments. We will transform the industry completely and impact not only our employees but also the lives of our customers.  My seven years at Kaseya have been the best of my professional life. It is super fun; the market is exploding, and we are right in the centre of one of the largest economic shifts the world has ever seen – small and medium-sized businesses becoming the dominant economic driver of the global economy. Technology is what is making that happen. MSPs are delivering that technology to the SMBs, and they are doing it on our platform.