Flexibility, Not Four Days: Why Autonomy is the Key to a Productive Workforce

As of July, thousands of UK employees have enjoyed a three-day weekend, every week for at least six months, with zero loss of pay. To most of us, it sounds like a dream scenario—after all, a bank holiday is often the highlight of a working month. But what effect would regular extended weekends have on business profits? And can workers really be as productive in four days as they were in five? 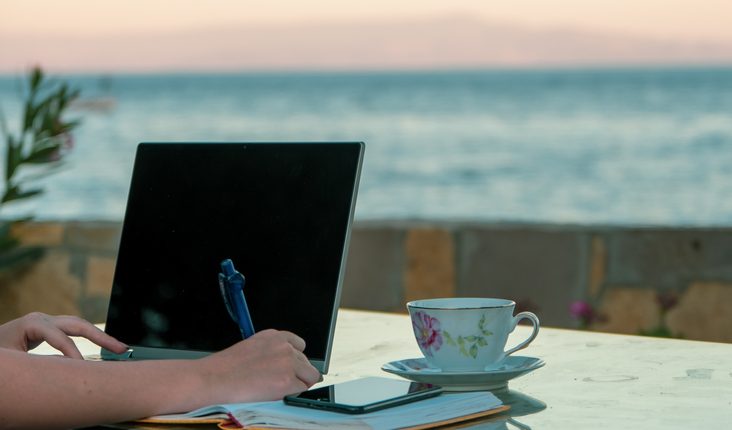 These are just a handful of questions that 2022’s imminent four-day working week trial—coordinated by think tanks, campaigners and world-leading universities—seeks to analyse. But while the study has stolen headlines, and excited employees pray for its success, some of us suspect the researchers are actually misplacing their focus.

For sceptics like me, a four-day working week doesn’t go far enough. While it seems more flexible, it can be just as restrictive as the five-day week, if not more so. What works for person A may not work for person B, and a one-size-fits-all approach to flexibility would be irrational. If businesses want to be more receptive, why not offer total flexible working and let employees choose when they work?

Out with the old

In 2022, the average UK employee works between 36 to 37 hours per week. This sounds like a lot on paper and can feel even longer in real-time, but it’s a cakewalk compared to previous working patterns. In fact, until the concept of the weekend was introduced to the US workforce in the 1920s and 1930s, many people toiled for up to 16 hours, six days a week, without any paid holidays.

The capped five-day week was partly introduced to counter employment turmoil resulting from the Great Depression, and we’re seeing a similar revolution today. After two years in and out of lockdown, Britons are now yearning for fulfilment and freedom. The worldwide ‘Great Resignation’ is rumbling on with almost a third of British workers ready to swap jobs in 2022, while UK businesses are posting higher numbers of job vacancies than there are unemployed people for the first time in history.

It’s no surprise, then, that 97% of organisations are planning to implement hybrid working policies in a bid to retain their workforces and attract new talent. The rise of the four-day week is another offshoot of this—but it may not offer the autonomy that workers truly crave.

The future of work

Instead, giving workforces more freedom is often the best way to boost productivity and satisfaction. After all, each employee is different—some work better in the early mornings, while others can only concentrate later in the day. Even before the pandemic, more UK employees preferred working between 7 am to 3 pm than a standard 9-5 shift.

By offering staff the flexibility to adapt their hours and hone their output, employers can unlock their workforce’s maximum potential. Here’s where the four-day proposal may fall flat: While it ostensibly offers extra freedoms, a shortened week still anchors workers to a restrictive working pattern. If employers want to provide true flexibility, they need to offer interchangeable hours—and the technological resources to facilitate this.

Technology to enable workplace automation has developed immensely over the past decade and can now handle multiple day-to-day tasks, like timesheets, expenses claims and email scheduling. By introducing automation, employers can streamline workflows and remove inefficiencies, freeing employees to take on more fulfilling, impactful work at a time that suits them best. Automation also gives staff extra time to recharge and unwind, without worrying about not completing their daily duties.

Since lockdown, fears that workplace technology would solely amount to employer surveillance have largely proved unfounded. In fact, 86% of UK employees want pandemic-era tech to stay due to its transformative flexibility benefits, like being able to access files from anywhere, hold video meetings from multiple locations, and use AI-powered task managers to stay up to date and organised at any time of the day.

The growth of digitisation

Technology also helps to smooth the transfer of legacy knowledge and processes between outgoing and incoming workers. This is particularly important during the Great Resignation and the rise of homeworking, in which co-workers often no longer meet in person. Virtual calls with managers and colleagues enable successful remote onboarding, while screen-capped tutorials, interactive handbooks and various other digital tools help recruits get started sooner than ever.

Workplace technology doesn’t replace humans—it empowers them. Instead of leading to fragmented employer/employee relationships, we often see technology create greater employee engagement and higher levels of satisfaction and productivity than ever.

It’s no wonder, then, that the UK’s digital transformation market is set to grow to $146.63 billion (£116.54bn) by 2030. And this proliferation should only lead to even greater freedoms for all.

On its surface, a four-day week may seem just as forward-looking as technology. But these set working patterns, even when a fifth shorter than before, still force staff to potentially work outside of their optimal hours of function, impacting their output and wellbeing. Similarly, a shorter workweek could mean that employees are forced to cram five days’ worth of work into four, elevating, rather than soothing, their levels of stress.

Not all workers will suit this jam-packed, faster-paced ‘100:80:100’ working model. So, if a staff member prefers to work the full five days and take a little longer over their tasks, or blitz through them in three days to an equal standard, it’s often beneficial to give them the liberty to do so.

Ultimately, the debate between offering a four-day week and full flexibility can only be resolved by an individual workforce. So, it’s always worth trialling a period of flexibility by allowing employees to manage their own hours and schedules. It may prove unsuccessful—or it may transform a workforce’s output and wellbeing.

After all, 43% of workers say that flexibility in their working hours helps them achieve greater productivity than ever before. And as the number of UK employees with flexible working contracts grows to 4.27 million, and polls find that most workers would prefer continued flexibility even over a 10% pay rise, managers who spurn it will increasingly find themselves in an archaic minority. We must all embrace change, not just for the benefit of our employees—but for our businesses, too.