There has been a lot of hype around ‘Web3’ recently, and how it could potentially transform the relationship between customers and brands. But what actually is it, and how could we benefit, both as business leaders and consumers? 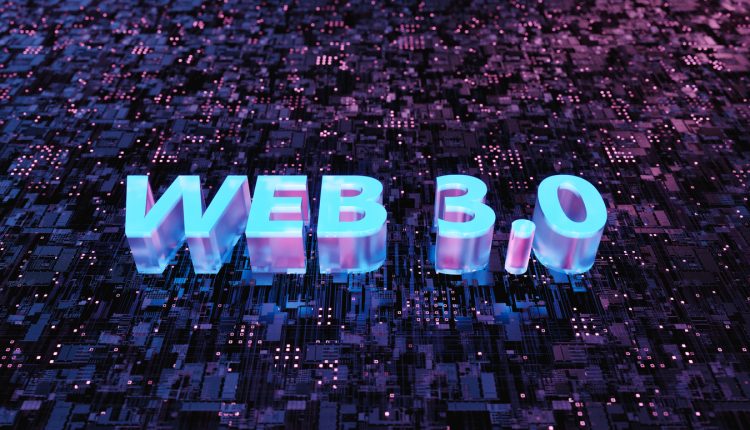 You can think of Web3 as a technological evolution to something more efficient and sophisticated. While Web1 was a ‘reading only’ phase, limited to simple, static websites with little interaction for the user, Web2 became much more participatory. Users could create content, interact freely and share information. For the most part, we are still in this ‘read-write’ phase, and it is dominated by centralised, data-holding giants such as Facebook, Google and Twitter, while the user is often powerless in terms of ownership.

Web3 is supposed to be a more decentralised version of the Internet that leverages revolutionary blockchain technology to empower the user and restore ownership to the individual. Heralded as the user-centric iteration of the Internet, Web3 has the power to increase consumers’ control over their content, data, and assets via blockchains, and potentially create a fairer, more autonomous and open Internet for the future.

With Web3, end-users will regain complete ownership and control of their data and enjoy the security of encryption. This means that they will be able to choose if and when information about them can be shared or used by advertisers and marketers. One way to do that is with simple and intuitive interfaces that will allow users to understand what information they are sharing with web service providers.

This is a big deal and will have a huge impact on the consumer’s privacy and security. It holds the potential to grant us full control over personalisation and even receive money for the use of our information. In future, we could earn micropayments of real money in exchange for the use of our data or even get paid with tokens for consuming or sharing content.

We will also be able to track our data and see the source code of the platforms we decide to use, which will increase transparency and the motivation to be an ethical, trusted brand.

One big difference between the physical and the online world is “interoperability.” If you buy a dress in Zara, you can wear it anywhere. However, if you buy a digital version of a Zara dress in the online game Roblox, you will probably not be able to wear it in Meta’s Horizon metaverse, for example. That’s because the metaverse, for now, is a collection of separate metaverses and not one big open platform. This means, unfortunately, that consumers can rarely move digital possessions from one virtual world to another, which is extremely inconvenient, and costly.

Web3 has the power to change that. All of your information and possessions will be centralised in your own little ‘suitcase’ – be it a crypto wallet or a self-sovereign identity (SSI) space – and represented as tokens. What you own will be connected with your identity instead of with a platform, allowing you to carry everything with you as you hop from one application or ecosystem to another.

This will also increase the interoperability between IoT devices in general and those of smart homes and smart cities, in particular, which should make life easier for consumers.

The impact of Web3 could go far beyond merely privacy and convenience, however. In this new model, users or consumers will be able to participate more directly in the value and influence of the companies they support. This is where NFTs and smart contracts could have a huge role to play.

If the company does well, the value of the NFT will rise and the consumer will profit too as emotional shareholders. Many blockchain organisations in the Web3 model will be DAOs, (Decentralised Autonomous Organisations). These smart contract-led businesses have the potential to allow customers to share in a company’s value and to influence it, as direct stakeholders. Just like the data ownership element, this would empower users and shift their relationships with organisations to entirely different levels.

DAO models can potentially help users and consumers to organise themselves online more efficiently, by automating ownership and decision-making power among members and their communities. They are a great way to quickly and fairly allow groups of people to work together, whether it’s in an organisation or just a one-off project. All the stuff that traditionally takes lots of lawyers, paperwork and time, and is often complicated by geographical and bureaucratic limitations, could happen a lot more quickly and efficiently in a Web3 world.

Highly centralised metaverse platforms like Meta’s Horizon are not (yet) a part of Web3, although the company did recently announce plans to look into crypto and blockchain for that reason. At the moment only decentralised platforms, like Decentraland, can strictly be considered Web3. However, metaverse platforms can already sell digital goods as tokens, often non-fungible ones (NFTs) which are a part of Web3.

To give an example, Nike recently bought virtual shoe company, RTFKT to sell sneakers as NFTs in the metaverse. In an exclusively Web3 metaverse, users could buy a virtual Nike sneaker and wear it across all platforms, improving customer experience dramatically.

The combination of ownership, smart contracts, reward systems and immersion could be really interesting for metaverse platform customers and Web3 users of the future. Consumers can decide which companies get their data and for what, so can enjoy more personal and tailored services, transforming the relationship between them and the brands they like and perhaps even disrupting the balance of power that the Web2 giants currently hold.

About the author: Steven Van Belleghem is one of the world’s leading thought-leaders, speakers and authors on customer experience. His latest book, The CX Leader’s Manual to Customer Excellence can be downloaded for free at www.stevenvanbelleghem.com