Top Unicorns to Watch Out for in 2022 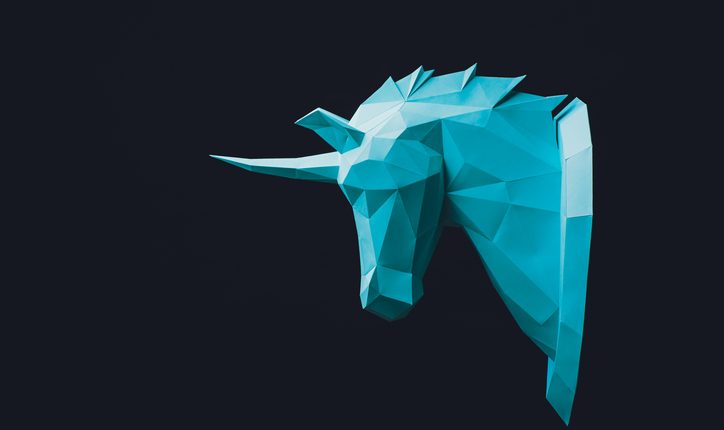 Unicorn Hunting with Cornelius in the Valuation Swamp

“Keep the money together” was proud Staten Island native Cornelius Vanderbilt’s very last words to his family. Following that heart-warming goodbye, he took his final breath of cold air at the beginning of 1877’s lethal winter, which later became known as the “Big Die-Up.” Although no unicorns died that year, over 90% of corn-fed Midwestern cattle did—and America bid adieu to its most iconic industrialist and marked the end of the Open Range Era.

As we lay out our top/to-be unicorns for 2022 below—while we will not be discussing fatty cows or the dramatic impact Dear Cornelius had on transportation and global commerce—we will lightly reflect on his masterful asset acquisition legacy and potential lessons it offers us in today’s pricey market.

While the “Commodore” sobriquet originated—and his lore cantered on transportation—Mr. V amassed a notable chunk of wealth from optimally deploying his assets and exploiting the emotional irrationality of other spineless investors.

By putting fundamentals and strategy over sentiment—in an almost Buffettesque fashion—as stock values collapsed during the Great Panic of 1837, Vanderbilt scooped up loads of equity on the cheap. Years later, the Commodore bought his first railroad, as shares of New York Central were plummeting. Interestingly, ~150 years after that, Warren Edward Buffett similarly acquired his first railroad during a sluggish market with the $44b purchase of BNSF in 2009.

With today’s valuation reality, sentiment couldn’t be more different than 1837 or 2009. With the Buffett Indicator (ratio of total USA MCAP to GDP) flashing Lucille Ball red at its highest level ever, we are staying as far away from publicly-traded equities as Ukraine.

On the private side, the number of unicorns has grown from around a dozen fifteen years ago to more than 1k today.  While we don’t have the capitalisation or swagger of Cornelius or Warren, we’re more conservatively biased in this Bentley rich multiple environment. So we remain focused on tangibles over sentiment and keep a quote from our favourite Little Rock President, “trendlines over headlines,” near and dear.

For the four companies below, we’ve coupled those that possess unique proprietary tech within a defined long-term sector potential. In short, there will be no NFT, crypto or metaverse spewing.

A Pittsburgh-based autonomous driving technology platform co-founded in 2016 by veterans of Google and Uber automated driving programs, Argo headlines Ford & Volkswagen as primary investors. These strategic partnerships provide a clear pathway to market and scale, and their impressive proprietary algorithms with advanced perception and decision-making capabilities, really get our investment engines roaring.

For our business, BINJ, a discovery engine and community-driven platform to help users find and watch the most relevant streaming content, we have invested heavily in developing and cultivating a unique Binj AI aggregator and Binj AI emotional processor which not only harness the untapped potential of machine learning but also provide users a vital tool for navigating streaming content overload. Beyond our mountain of raw and processed data, the propriety tech also provides investors value tangibles.

Some of the greatest technologies have always existed courtesy of Mother Nature and some entrepreneurs are well-positioned to harness, mimic and unleash that which has always been present. Silicon Valley-based Koniku blends the right ingredients of healthcare, technology, and biosecurity. A Shazaam for smells, the company’s central tech elegantly takes what already works amazingly well in the natural world (a dog’s sensory apparatus) and packages it into a small device that can seamlessly detect explosives, narcotics, and COVID in real-time.

Beyond these arenas, the revolutionary underlying tech is broadly applicable, including for manufacturing, agriculture, defence, and others. Koniku partnered with early-investor Airbus for explosive detection and last month completed a successful deployment at SFO airport. Additionally, Koniku possesses the only platform to effectively and substantively detect fentanyl.

Earlier Stage Ones to Watch

While not yet unicorns, two earlier stage companies we have our eye on, INO & Pallo, are well-positioned with both unique proprietary tech and sector relevance. Pallo is an all-in-one platform designed specifically for freelancers that helps users manage all personal and business finances, from money management to taxes.

INO has innovated a patented, all-natural, and impact resistant material composite that can be used as an alternative to synthetic foam in a range of products such as helmets or to protect valuable products during shipment.  INO’s founder suffered a life-threatening head trauma injury and wound up partnering with the neurosurgeon who saved his life, along with a renowned Oxford materials scientist, to develop an all-natural, next-generation solution.

As we left the office recently, with railroads, the Commodore & unicorns on the brain, we noticed large columns of smoke sadly lingering above.  We drifted to thoughts of a locomotive’s smokestack and what that signified—output, a tangible thing that indicated progress, interconnectivity, commerce, evidence of a new country and economy being built.  As we moved onto the sidewalk and gained a full view of the sky, the letters NFT were revealed as a worn-out crop-duster sputtered above. We stopped and pondered what that faux marketing smoke signified, if anything. Alas, as the three letters faded to nothing, Def Leppard’s Hysteria blared from a shiny Tesla cruising by.

Steven Barrow Barlow serves as the CFO of BINJ and co-runs Andon Okapi Holdings, an investment firm providing financial, operational and strategic support to founders with big ideas & unique tech. After a decade as an equity analyst on Wall Street covering the consumer and healthcare sectors, he co-founded Kallpod in 2014, a tech solutions provider for the hospitality & healthcare industries.