Karl Lagerfeld & the ‘Me, Myself and I’ Phenomenon

It’s been three years since iconic fashion designer Karl Lagerfeld’s death and to commemorate him, Rainer Zitelmann takes a look at his life and career. 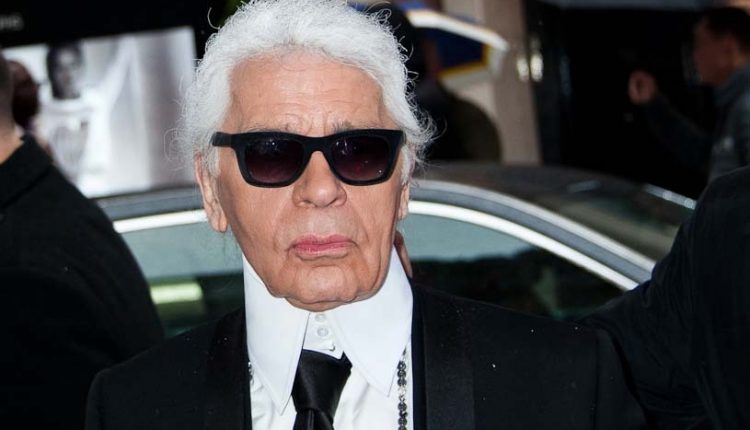 Even as a child, Karl Lagerfeld, who was born in 1933, reports being told he was unique. With a characteristic lack of humility, he admitted: “And I probably believed it, too.” Lagerfeld shows up at school in tailored jackets, an impeccable shirt with a starched collar and a silk tie. Later, he took up bodybuilding, posing on the beach with his body shapely from training.

In the course of his life, Lagerfeld built his public image – the Lagerfeld brand – around a series of distinctive features. He did not establish his brand overnight or with a single conscious decision – he cultivated his celebrity over the years. “I don’t put on a costume like Charlie Chaplin. My hairstyle, my sunglasses, they have all come to me over the years. Slowly but surely, I have become like a caricature of myself.”

As he developed his signature style, a distinctive trademark emerged: The fingerless gloves, the powdered braid, the stand-up collar, the sunglasses, and, at times, a fan. Thanks to his iconic image, Lagerfeld certainly made life easy for caricaturists. But the Lagerfeld brand was about far more than just his outward appearance. He also became famous for his irreverent sayings and his staccato, melodious way of speaking.

Many people define themselves through their profession, Karl Lagerfeld even called himself a “professional person” – as opposed to a “person of leisure.” And he had so many professions that it would be unfair to identify him exclusively with just one of them. He once said in an interview that the job title to describe everything he did had yet to be invented. “His profession changes like a chameleon,” is how Paul Sahner described Lagerfeld’s mastery of many domains in his biography. “Fashion designer, discoverer of top models, photographer, interior designer, parfumier, entrepreneur, silent filmmaker, lord of the manor, gallery owner, author, porcelain collector, advertising guru, PR man, publisher and bookseller.” Lagerfeld was Lagerfeld. Like almost no one before or since he established himself as a brand and narcissism as his religion.

Happiness,” he said, “is a question of order and discipline. I am the result of what I myself have painted and imagined, what I wanted and I decided to be.”

During the course of his life, Lagerfeld explained, he had turned himself into a caricature, into an abstraction: “I am no longer human. I am an abstraction. I am both the puppet and the puppeteer. And that’s how I like it. I have little to do with earthly problems.” Lagerfeld once greeted a journalist sympathetically with the remark, “I was once a mere mortal like you.” But that’s exactly what he never wanted to be – a mere mortal like everyone else. “I no longer feel like a human being.”

Such sentences would seem extremely odd if they came from anyone else. But coming from Lagerfeld, we accept them, maybe because of his great sense of self-irony. He was proud to be on a diet thanks to which he lost 40% of his weight, but he also said afterwards: “When I stand in front of the mirror without clothes, it tells me that I have something of the appearance of a medical student’s anatomical skeleton.”

He had no fear of anyone confronting him with one of his earlier statements or pointing out his logical inconsistencies. He immunised himself against criticism by repeatedly emphasising that what he said was only valid if he had just said it. “Please don’t take what I say so seriously. If I say something today, I may not remember it tomorrow. Tomorrow I’ll be a completely different person.”

Whether Lagerfeld really wanted people to take him less seriously and not pay such close attention to his opinions is doubtful. For Lagerfeld, what came across as self-irony was more of a strategy in self-marketing. It allowed him to display a level of arrogance and snobbery that would not be accepted by anyone else. Had he ever written an autobiography, he wanted to write it in English and was adamant he would never have allowed it to be translated: “If people in France or Germany want to read my autobiography but don’t know English, I say: ‘then this book isn’t for them!’” On another occasion, he explained that since most of his trips are paid for by corporations, he always travels by private jet. “If I’m not worthy of a private jet to someone, I don’t have to go there. I take that liberty. It also confirms that the companies value me and my work.” Otherwise, he’d rather stay home and read a book or do nothing.

He created so much because his business model gave him the freedom to focus on what he was best at – designing. He left everything else to others. And in this way, he earned much more than he would have earned with his own brand or even as a designer working exclusively for one company. According to Lagerfeld, it was completely natural for him to be creative. “The more you do, the more ideas you have. Like a pianist, the more you play, the more natural it becomes to improvise. If I sketch all the time, I find new ideas.”

Discipline and a ceaseless work ethic were among his most important traits, despite the fact that he lived in a hedonistic world, full of seductions and temptations. Lagerfeld did not succumb to these temptations. He didn’t smoke, didn’t take drugs, and almost never drank. He probably knew that he needed this self-discipline because he sensed that he was prone to addiction. At certain periods in his life, he regularly drank several litres of Diet Coke a day and ate vast quantities of sweets. Fashion designer Wolfgang Joop said of Lagerfeld: “You could really take his advice to heart: You have to keep your own feelings and addictions in check because otherwise, you will become a victim of the scene. After all, many around him have become victims…How to deal with discipline, how to keep one’s composure, he demonstrated that par excellence. In that respect, he’s the greatest phenomenon I’ve ever met. Ingenious.”

This discipline increasingly became a central feature of the Lagerfeld brand. You can’t imagine him being casual about anything, and his statement on a German television talk show that “if you wear sweatpants, you have lost control of your life” was probably quoted more often than any other of the many Lagerfeld bon mots. “People tell me: ‘You are German. You have lots of self-discipline.’ … I am much worse. I am an auto-fascist, a dictator, who puts myself under pressure. When it comes to me, I don’t tolerate democracy. There is no discussion, I give orders. I don’t suffer much from that either. Orders are orders, period.”

He didn’t mind being described as a narcissist. In fact, he hardly tried to hide his narcissistic tendencies. Lagerfeld, according to one of his close associates, often did not even look at his colleagues when he spoke to them. When he answered, he looked at himself in the mirror over the shoulders of the people he was talking to. Even during fittings, he was primarily interested only in himself.

When Lagerfeld was asked whether he was thinking of perhaps setting up a charitable foundation, he replied that he had nothing to gain from that because: “All that I am begins and ends with me.” Lagerfeld’s approach to life can be summarised in two principles: boundless freedom and the irrepressible urge to constantly evolve. “Happiness,” he said, “is a question of order and discipline. I am the result of what I myself have painted and imagined, what I wanted and I decided to be.”

Dr. Rainer Zitelmann is a historian and sociologist. He is also a world-renowned author (he has written 25 books), successful businessman and real estate investor. His latest book: How People Become Famous: Geniuses of self-marketing from Albert Einstein to Kim Kardashian – (https://how-people-become-famous.com) was published in November 2021.