International Women’s Day 2022: How To Honour Women In Business 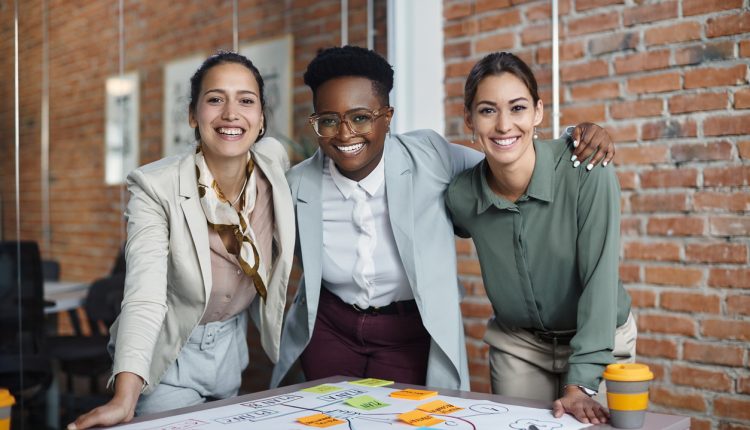 The 8th March is International Women’s Day (IWD), an important annual celebration of social, economic, cultural and political achievements made by women throughout history. The idea grew out of the US labour movement at the turn of the last century with women campaigning for the right to better pay and hours and the right to vote. Initially only observed in the US, Germany, Austria, Switzerland and Denmark, it took until 1975 for the United Nations to recognise IWD as an annual event.

Today, International Women’s Day is globally embraced as a day to champion the successes of the world’s great women and the continued pursuit of gender equality.

Is Gender Equality Still An Issue?

While many people feel that the gender equality war may have been won, the figures clearly tell a different story. According to recent findings, men outnumber women in positions of power by 2:1, and the levels of underrepresentation are even greater for ethnic minority women.

Research by the Cranfield School of Management found that in the UK’s top 100 companies, only eight CEOs were female. White males account for 60.4% of FTSE 100 board seats. What’s more, the gender pay gap in the UK currently stands at 15.4% overall, and at 7.9% for full-time workers.

The theme for this year’s IWD 2022 is #BreakTheBias, and it is the perfect opportunity for organisations all over the UK and across the globe to do their bit to combat issues, such as gender bias and discrimination for women of all races, sexuality and identification in an effort to make the world of work a more inclusive place.

In support of this year’s theme, the organisers of IWD have identified a number of key missions that you can actively support. Whichever avenues of female enterprise you decide to promote, the overriding objective should be to champion female empowerment. The aim is to show women that it’s okay to follow their dreams and strive to achieve their goals without needing to worry about gender bias and stereotypes, glass ceilings and other barriers.

Artists, musicians, dancers, photographers, writers – the creative work of females is in need of awareness-raising and appreciation, enabling individuals to secure commercial work and commissions and helping them thrive. The esteemed Female in Focus exhibition (sponsored by the British Journal of Photography and online retailer MPB) is an excellent example of showcasing and highlighting female talent.

Many women have shaped technological innovation but only 19% of the tech workforce are women. Find out about our great technological inventors and encourage women to follow in the footsteps of computer programming pioneers Ada Lovelace and Grace Hopper; Mary Wilkes, the first person to use a personal computer in the home; mother-of-the-internet Radia Perlman and Kären Spärck Jones, the ‘forgotten mother of the search engine’.

Did you know that only six countries in the world give women and men equal legal work rights? And were you aware that 52% of women in the UK have experienced sexual harassment at work? These are some uncomfortable facts that clarify the need to build more inclusive workplaces. Women need to feel safe and be treated as equals, whatever their background, ethnicity, sexuality or identification, and celebrate their achievements.

Companies are celebrating IWD in a variety of creative ways, showcasing women’s achievements, raising awareness against bias and taking action for equality. Here are some practical tips to inspire you to get involved:

Encourage team members to take a photo of themselves striking the IWD 2022 pose (arms crossed in front of the body to show solidarity) and share online using the hashtags #BreakTheBias and #IWD2022. Here are last year’s winning results.

Feature positive female role models and share stories of female achievements in business to empower other women to forge their own paths. Include historical inspirations such as Rosa Parks and Florence Nightingale.

Did you know that women only account for 1/5 of all Hollywood directors, writers, producers, editors and cinematographers? Choose a film that views the world from a woman’s point of view such as Suffragette, Hidden Figures and Trapped, and redress your team’s understanding of gender norms.

HBR reports that gender inclusion programmes where men and women are engaged are 96% more successful compared to 30% when men are not engaged. IWD must never become a women-only affair – a truly inclusive workplace must seek to engage all gender identities.

Hold an informal event during working hours, either online or face-to-face under the theme of #BreakTheBias. Encourage participants to share their personal stories of inspirational women in their life, or female figures they look up to.

Any IWD event you host or initiative you arrange can also be an opportunity to raise funds for charities that make the world a better place for women, as part of your CSR engagement. There’s a wide choice of good causes, both local and global, to choose from.

If you look back at history, there are countless women who have made important contributions to the world we know today. Landmark achievements include the suffragettes’ fight for women’s right to vote, Marie Curie’s pioneering scientific work on radioactivity and Rosalind Franklin’s discovery of the structure of DNA. From Mother Teresa to Margaret Thatcher, Clara Schumann to Ella Fitzgerald, Frida Kahlo to Princess Diana, women have continually impacted social, cultural, scientific, economic and political developments over the course of history.

In a world where gender bias and discrimination still persist, it is more important than ever to appreciate female achievements and honour women in business.

About the author: Annie Button is a professional content writer and branding aficionado.