Do Recruiters Consciously Discriminate Based On Names? 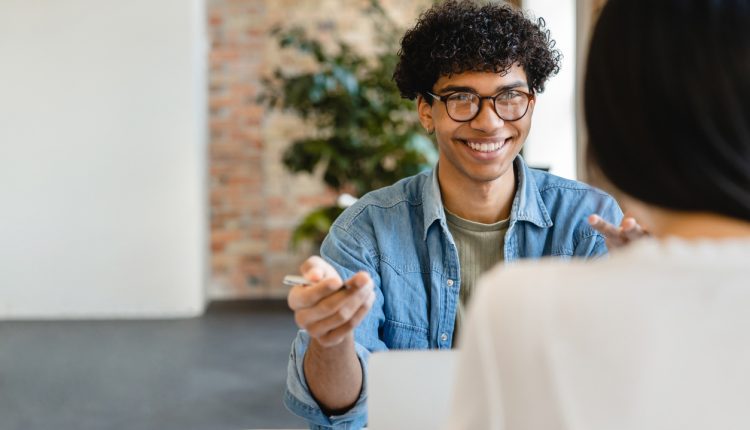 Do employers consciously discriminate based on names? Of course some may, but a majority would be shocked if they were told that they do. A lot of discrimination is unconscious, but it exists, nonetheless.

The fact is that while organisations want to attract and retain the best people, amidst a global struggle for talent, many fall at the first hurdle. This is because there is often unconscious bias against potential employees with foreign sounding names and organisations create an unwelcoming first impression to candidates by failing to pronounce names correctly.

On the surface this may seem like a minor issue, however I argue that it is far from that. in order to recruit and retain the best talent from around the world – and crucially to treat people with the respect they deserve – we need to be made aware of our unconscious bias in this area. This is something I teach future leaders on the CEMS programme.

Having a foreign name automatically creates exclusion. Research has shown that candidates with a ‘foreign’ name were not as likely to be called back for an interview as candidates with a western name. This is shocking but not surprising if you understand that our mind always looks for the easy route, so tends to associate something new with existing knowledge in our memory bank. Hume (1748) called the idea that you automatically associate ideas without even realising it the associative mind. For example, what is the first word that comes to your mind when you hear ‘table’? I am sure the word that comes to most people’s minds is ‘chair’, because in our mind there is a strong association between those two words. Our mind creates links based on cause-effect, such as ‘virus-flu’ or based on properties (banana-yellow) or categories (horse-animal).

Imagine you meet two people. One introduces themself as Shields and the other as Mrkonjic. You have no problem saying and remembering Shields, but probably can’t remember how to pronounce Mrkonjic, having heard it just once. You might try to avoid having to use the second name again, and by doing that you are already discriminating. If you have to talk about both people, you might automatically feel very much at ease talking about Ms Shields and “the other person”.

We are more likely to have a positive impression of names if we have read their names in the past – these will appear more clearly to us and thus our brain will be able to take a shortcut. We also have a more positive association with names which are easier to pronounce because these are easier to retrieve in our memory, so we remain in a state of cognitive ease. In other words, the associative links in your brain are positive. Chances are that you will recruit this person or favour them, rather than the second one, unconsciously, which opens the door for biases and discrimination.

A name is identity and heritage

It is all too easy to brush this off or think that this doesn’t apply to you. However when you have a “difficult” name that makes others unsure or when your name is mispronounced, the result is not being heard, being hurt, otherised, aggressed and ultimately not feeling important enough. A name is so important because it is identity and heritage, so mispronouncing a name can often be experienced as micro-aggression, as the person feels that their entire identity is being questioned.

With difficult names, people adopt different strategies: you may just decide not to care and continue pronouncing it wrongly without checking or treating it as a joke. You may ask and then forget, especially if it is a difficult name, and continue to pronounce it wrongly; you may avoid having to use it. All of these should be avoided.

How do you learn how to pronounce a name correctly?

Well, there is no escape, it takes effort. You ask, and ask again, repeat and repeat again. Chances are that you will forget and will have to check repeatedly, but that is okay as long as you make it clear that you are trying.

If you know that you are meeting or interviewing someone with a difficult name, make the effort in advance to research how to pronounce it and practice, so that you are not caught off guard in the meeting and are able to build a positive relationship from the outset.

You might try to build what I call a “bridge” – something you can remember. The philosopher Mihaly Csikszentmihalyi who is best known for his work on the notion of flow and who for non-Hungarians has an ‘impossible name’, offers this bridge for the pronunciation of his name: “(this) chick sent me high”. In many languages, names have a meaning, like Smith, Baker, Johnson (John’s son), and if you ask, people will tell you. You can then link that meaning to the person, their appearance (hands like a smith), or to another person with a similar name in your language.

Talking about the name helps the person to feel valued and helps you to remember it, because of the story attached to the name and the person. At the same time, you learn something about the culture of that person.

So I urge you, next time you come across someone with a difficult name, don’t simply brush it off. Make a concerted effort to learn and remember it. This will pay off for your organisation in terms of recruitment and engagement and also help to stamp out unacceptable bias.

About the author: Professor Marie-Therese Claes teaches on the CEMS Masters in Management programme at WU business school in Vienna.