Climbing The Right Mountain: What Should Success Look Like? 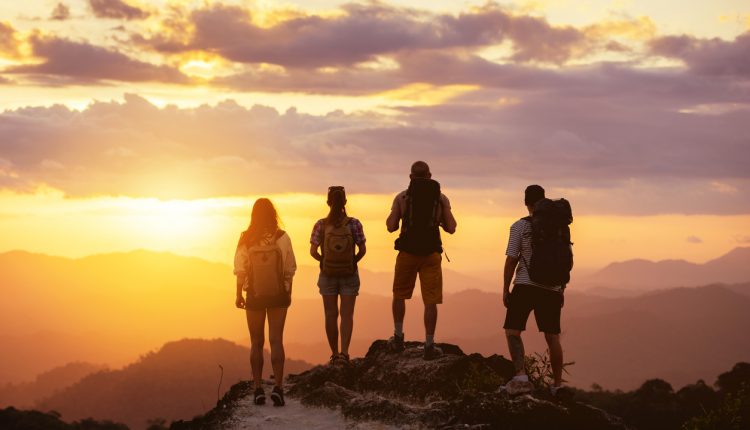 According to a recent Deloitte survey, Gen Z employees consider themselves the hardest-working generation in decades, while also demanding more flexibility. Perhaps understandably, some two-thirds also reported that money worries kept them awake at night.

The findings come during an era in which much is made about how much time we should be spending at work. From trials on four-day weeks to allocated duvet days and mental health breaks, the future of work, it seems, lies in getting the overall work-life balance right.

This question of how to fit career goals around personal ones is hardly a new one either. During the 80s and 90s, female leaders were faced with the impossible task of having to work harder than their male counterparts to achieve the same professionally – while remaining predominantly responsible for childcare and running the household. Unsurprisingly, many ended up wondering if it was worth it.

This very public inner-monologue is often blamed for women shying away from positions of leadership. However, while the battle on gender equality in the workplace is far from over, I believe this is far from the truth. In asking questions such as ‘How can I juggle it all?’, women have given permission for professionals everywhere to challenge old-fashioned notions of what it means to be successful.

This is by no means an attempt to say that no one should aim high – for some, this is what success truly means (grateful to them, someone needs to do those roles). It’s more an invitation, irrespective of gender, to stop and think: what does success look like for me?

For Millennials, Zillenials and the ones to come, the prospect of retiring relatively early seems completely out of reach. And even beyond the dire reality that we’re still likely to be paying our mortgages in our 60s, the division between private and professional is ever more blurred. Sheryl Sandberg famously called on women leaders to bring their whole self to work, so that they could access the support they needed to perform at their best.

For us, the best measure of success is absence: how many weeks, days or hours in a year we can afford not to be at work. This was one of our main drivers in setting up our company over 10 years ago: to have the flexibility to decide how hard we wanted to work and how high we wanted to reach. And to take our foot off the pedal once we got there.

This isn’t about making millions quickly and retiring early. It’s about enjoying the journey rather than just the destination. Work ideally gives us a sense of personal achievement or intellectual stimulation, but it doesn’t (or shouldn’t) prevent us from spending as much time as possible doing other things.

Let’s not be naïve: this can only work when the money is coming in. But the key here is the approach. Someone who sees financial results as a measure of success will ask “how high can I go?” In our case the question is always “what’s the minimum we need?” – anything over that amount is a choice.

At times, that has involved saying no to opportunities. But more often than not, it’s about focus and priorities. We live by the wise teachings of some anonymous internet philosopher: “It’s better to rest than to climb the wrong mountain”. Time is the most valuable currency we have. And success can be as much about what you don’t do as what you do. Once you are clear on what will get you there, it becomes easier to say no to anything else.

About the author: David Clayton is the Founder and Managing Director of True & North. In his previous life, David tended bars in South Beach, Miami and in the Hamptons, where client centricity is crucial. He went on to lead commercial teams at The Guardian, designing products and selling partnerships to the likes of Google, IDEO, Vodafone and the United Nations. In 2011, David founded True & North with one question in mind: “How can we give busy people the tools to master their client relationships?” This journey has taken David and True & North all over the globe.