The Dangers Of Putting Profit Before Customers 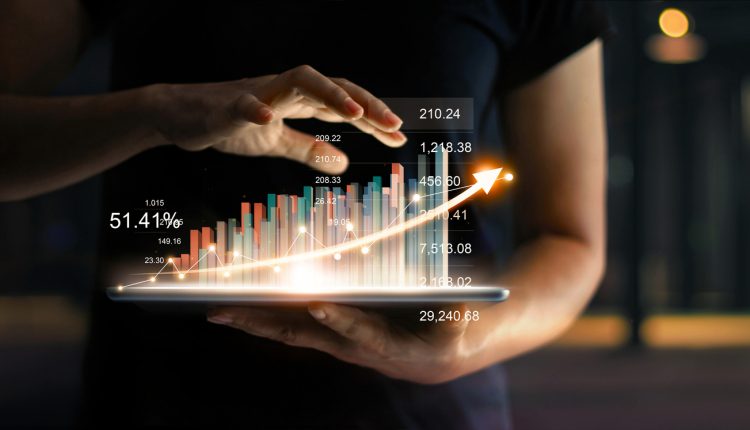 On arrival at the city of Thebes, Oedipus encountered the great sphinx. If Oedipus could answer the sphinx’s riddle, he would be able to enter; if not he would be devoured. In the age of deep tech, our heroes are those who have undertaken their own personal odysseys to become billionaire founders of unicorn startups. But as they are now finding, the path is fraught for those who fail to truly decipher our rapidly changing societal context.

Facebook’s decision to “grow at all costs”

This was seen clearly in the case of Facebook, with the revelations from whistleblower Frances Haugen, whose role at Facebook was to fight misinformation. She had collected thousands of internal documents which she said showed that Facebook “is choosing to grow at all costs” and that the company’s profits are being “bought with our safety”.

One of Facebook’s core metrics is engagement, since the more engagement, the more revenue from advertising. The allegation is that Facebook chose to revert to old algorithms that encourage a greater amount of conflict between people since this generated greater engagement through posting and commenting. By ignoring the negative effects of social media platforms, the outcome has been a greater division in society and a significant impact on children’s mental health. At the same time, big tech is also facing the challenge of rapidly falling trust in their services, with people questioning the security of potentially invasive technology such as wearable devices, smart speakers, phone apps, tablets and monitoring devices.

Stories like Facebook’s demonstrate that we still separate profit from people as if one thing has nothing to do with the other. The separation of profit from people is a false dichotomy. In my work helping to develop digital transformation and deep tech strategies, I have often been told by executives that it is impossible for them to place any effort on customers due to the corporate focus on results. This attitude shows a complete lack of appreciation for the link between treating people as customers to be served and the profits which then naturally follow.

As our economies matured from the start of the industrial age to mass production in the twentieth century, the idea that to generate profits it was necessary to sacrifice people, such as employees, suppliers and customers became established almost as an axiomatic truth. But while this way of conceiving business and growth worked in the past, the fact is that reality has changed and we live in a time in the world where many barriers between the customers and the wider public and organisations have either fallen or become very porous. This means that actions are more transparent and people are more aware of what they want and what is good for them. In this context, it is no longer conceivable to imagine a business that separates people and profit. Profit is a condition of how organisations deal with people and with the planet. One will not come by not being for the other. The idea of ​​still treating these things separately will not bring growth or prosperous results but will generate downward movement and loss.

One of the great challenges that leaders always have is to be able to make sense of the variables that act in the business environment and that impact on their organisations. In times of great change like the one we are living in, the challenge is even greater. People still act, relate to and interpret reality based on their prior knowledge and believe it will work. But now that the rules of the game have changed, organisations have to evolve to more elevated levels of actuation.

New conditions such as greater transparency brought about by unprecedented levels of access to information, people and different ways of thinking and interpreting demand that relationships be more authentic and true, with higher quality. Leaders who fail to understand this will forever be swimming against the tide, insisting on a way of doing business that is no longer fit for the future we are now entering.

As was widely reported, Facebook’s problems in part were the result of Mark Zuckerberg resisting making changes to the platform’s more detrimental algorithms. The most powerful quality that leaders now need to possess to read and act accordingly in this new reality is detachment. Detachment is an attitude that enables leaders to let go of what is no longer working, and which facilitates new conversations, interpretations and ideas. It is an internal decision that, once understood, emanates and spreads to new behaviours, developing sustainable high-quality relationships, elevating an organisation as a whole to become in harmony with their external environment and with people’s desire for more meaningful experiences.

Methodologies and frameworks created to help organisations adapt to our new reality will only work if there is a collective willingness for them to be put into practice. For this reason, my work in digital transformation and deep tech has been to introduce the five universal human values of peace, truth, love, righteousness and non-violence to business leaders. They are universal in that they express the deepest essence of humanity, and therefore provide a profound foundation to inspire leaders to change the way in which their organisations’ design and implement technology, thereby elevating their value propositions and amplifying the impact of their purposes.

Technology is now becoming more democratic, giving people more power than ever before to make more conscious choices about their purchasing decisions. Organisations inspired by universal human values are naturally more transparent since their internal operations are fully coherent with their external branding and communications. This makes them naturally more engaging and authentic to people because the experiences they deliver are perceived to have a genuine soul.

The COVID-19 pandemic has been an invitation to leaders to reflect on and truly understand what is happening in the world in new ways. Rather than leading solitary paths that lead to being swallowed by the sphinx, the new generation of amplified organisations can travel not only faster on their own, but further, together, by embracing universal human values and creating authentically regenerative businesses where people and planet matter.

About the author: Maria Moraes Robinson is the co-author of Deep Tech and the Amplified Organisation and the CEO (Brazil) of business consultancy Holonomics.