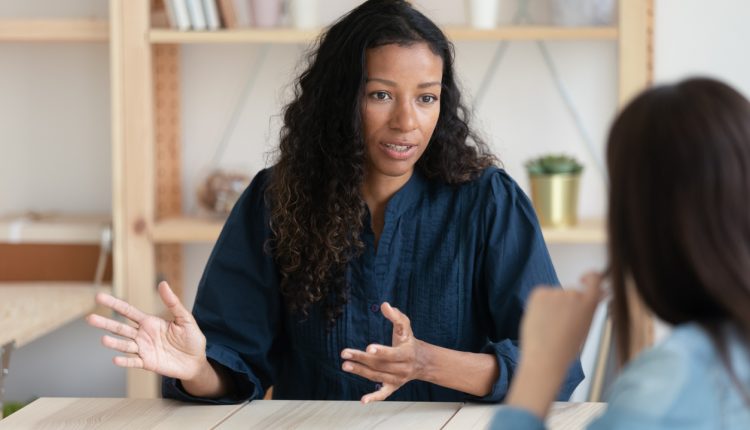 It’s no secret that today’s executives are under a lot of pressure. In fact, according to a recent report by Oracle and Workplace Intelligence, a HR research and advisory firm, C-suite executives are struggling to adapt to the new realities of a pandemic world, with 85 percent reporting significant remote work challenges ranging from virtual team collaboration (39 percent) and increased stress and anxiety (35 percent) to difficulty learning new technologies (29 percent).

Burnout among executives is also growing, with another survey of over 15,000 leaders across more than 24 industries revealing that 60 percent are feeling “used up” by the end of the workday and 44 percent considering a change of companies as a result. In many cases, they’re trying to keep their organisations afloat with a whole lot less: less focus, less time, and fewer employees.

Given these statistics, it shouldn’t come as a surprise that sellers and marketers are now having to work harder to capture executive attention, secure meetings, and close deals. According to data from HubSpot, a developer of inbound marketing, sales, and customer service software products, the professionals utilising their services created 27 percent more deals in September 2021 than they did in January 2020. However, they only closed 22 percent more deals—losing 5 percent of their prospects somewhere along the way.

It’s likely this loss was due—at least in part—to their approach. Sales and marketing methods that may have worked in the past are increasingly less likely to result in success in today’s business environment. Fortunately, slight tweaks to your outreach channels and messaging can actually improve the impact of your efforts and help you land more meetings with potential clients.

Over the summer of 2021, Emissary, a human sales intelligence network, surveyed 191 senior executives responsible for billions of dollars in technology spending. These executives shared the factors that stand out to them in the barrage of contacts they receive from technology marketers and sellers. With more than 50,000 software vendors in the market (a number that’s growing more than 10 percent each year) this equates to hundreds of prospecting emails, phone calls, mail pieces, and other messages per executive per day.

The executives surveyed indicated that they’re more receptive to some outreach channels than others. If you’re still spending time and marketing dollars on physical mailings, for example, you’re likely wasting your resources. More than half (56 percent) of the executives said they never respond to mailers.

Prospecting phone calls aren’t much better. Though HubSpot’s data revealed that its customers made 133 percent more calls in September 2021 than they did in January 2020, The Emissary survey found that only 49.2 percent of executives sometimes respond to these verbal missives. Forty-two percent said they never respond to prospecting calls at all.

If you’d like to tweak your outreach for better results, the data show that emails, LinkedIn InMail, and colleague referrals are likely to give you the most bang for your buck. In the Emissary survey, 77.5 percent of executive respondents said they sometimes respond to LinkedIn InMail and nearly 43 percent said they were very likely to respond to outreach if a seller were first referred by a colleague.

More than 62 percent (62.3 to be exact) said they sometimes respond to prospecting emails. However, the content of these emails is crucial, or they are likely to be ignored. HubSpot’s data found that even though its customers sent 120 percent more sales emails in September 2021 than they did in January 2020, they received 36 percent fewer responses as a result.

Craft Messaging According To What Executives Currently Want To Know

Generic one-size-suits-all copy, flashy braggadocio, a too-familiar tone, or rambling paragraphs of sales-heavy language… These are just a few messaging approaches that are likely to land your sales team’s executive outreach in the metaphorical trash. Instead, tweak your messaging towards the factors today’s executives value most.

In their GET THE MEETING Playbook based on the aforementioned survey of 191 senior executives, Emissary suggests that personalisation, relevant and detailed benefits, crisp language, a respectful tone, and added value are viewed favourably by most C-suite leaders. This, of course, means research into your prospect is key—and relying on information generated by artificial intelligence alone is unlikely to be enough. Instead, your sales team is going to have to find resources that dig deep to identify the correct executive to approach as well as the specific technology needs of the organisation before making contact.

This may mean building virtual relationships with executives at your target companies on LinkedIn or in-person relationships through trade and professional organisations—all of which take time. It could also mean collaborating with a company like Emissary to access their network of more than 10,000 advisors, all director-level or higher, in order to gain actual buyer perspective that you can then use when crafting messaging. According to the Emissary website, the time savings alone can be substantial. One Emissary client, in fact, cut more than four hours of research time per prospect account.

From there, other messaging tweaks likely to garner a higher success rate include prioritising benefits (supported by evidence and data) over making the sale, keeping copy conversational and genuine but respectful, and providing value in the form of case studies, white papers, and research papers your prospect can review before you move on to a sales phone call or take the next step and ask for a meeting.

“Most tech buyers don’t think they are getting a higher level of partnership, and they want their solution providers to step up. With less buyer interaction in 2022, sellers and marketers will need to go deeper on adding value early and often,” explains Emissary CEO, Allen Mueller.

How To Optimise Black Friday And Establish Loyal Brand Followers

The Dangers Of Putting Profit Before Customers

London, Paris, Multiverse: The Unlikely Alliance Between Fashion And The Gaming…