Why Silicon Valley is the Home of the ‘Eureka’ Moment

San Francisco is home to two of the great loves of my life: excellent wine and world-leading tech. As the founder of both an online wine store and a global tech platform, Napa and Silicon Valley speak to my passion for evolving and transforming human efficiency through tech advancement and a dry, medium-bodied Chardonnay. 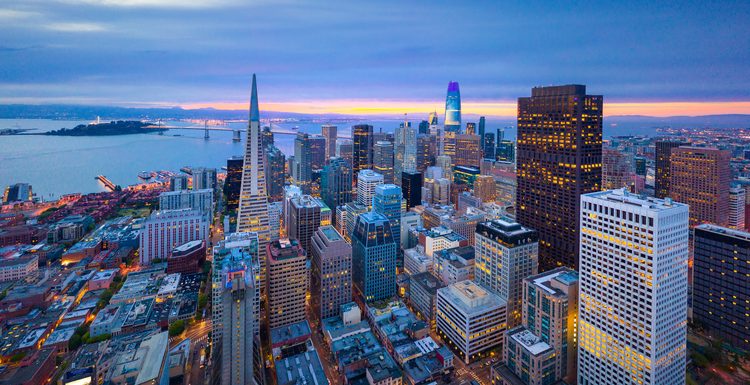 But while the world may question California’s contribution to wine-making, it is impossible to deny the impact the region has had in cultivating the technology that is embedded in our businesses and our homes. From the stalwarts like Apple and Google to the new kids on the block like Stripe and Zoom, these children of creativity and entrepreneurialism haven’t just put the Bay Area on the map, they’ve made it the centre of the tech universe.

Silicon Valley has taken and retained the crown as the world’s leading destination to grow a technology business as it continues to soak up startup energy and churn out new generations of founders and innovation. As one of the oldest startup ecosystems, it continues to leave other budding tech hubs across the globe wondering how they can compete.

So, what has been the recipe for Silicon Valley’s success and can it continue its reign at the top?

The key to any business’s success is its ability to innovate. Innovation is what puts companies in the front row and differentiates them from those that fall behind.

More than ever before, we’ve seen just how powerful the need for innovation can be across all markets. An entire pandemic later and the world has been completely transformed as businesses were forced to find solutions to the challenges it created. It is in these hard times that we see a generation emerge of tough people, tough ideas, and tough solutions.

By clustering talent together on corporate campuses, the likes of Google and Apple have created environments that allow people to share ideas and collaborate on innovations that would be hard to replicate across a vast distance.

But Silicon Valley didn’t need a pandemic to inspire innovation. It was already embedded into its streets, offices, imaginations and history. This is because innovation breeds innovation. The success of a few businesses in the region’s infancy has been essential in forging an entrepreneurial environment that is characterised by the willingness to take risks and collaboration. Starting a tech business in the Valley now gives founders access to a legacy of businesses and other like-minded leaders, idea makers and sounding boards, who help with iteration, improvement and competitive evolution.

It is this legacy and the resulting motivational landscape that has made Silicon Valley a desirable location not just for startups, but also investors.

In 2020, $84.3 billion in venture capital funding made its way to California. The state with the next highest amount of investment was New York, with just $17.8 billion in comparison. This gap is continuing into 2021. In the first quarter of 2021, a third of all US funding ended up in the hands of businesses in Silicon Valley alone.

It is this availability of capital and investors who are seasoned pros at betting on companies in the area that makes it easier to smash a pitch, get buy-in from financiers and build an empire.

But more importantly, Silicon Valley’s success is down to the people that inhabit it. Tech is inherently a talent-led industry. Much like Hollywood and Nashville whose locations are hubs for artists to build their art, Silicon Valley has established a reputation that pools talent from across the globe and has built relationships with institutions like Stanford University which provide a constant supply of talented candidates.

By clustering talent together on corporate campuses, the likes of Google and Apple have created environments that allow people to share ideas and collaborate on innovations that would be hard to replicate across a vast distance.

And despite the pandemic allowing many to rethink their relationship with physical working, the tech giants largely seem to be choosing their staff by implementing in-office working policies to maintain a sense of culture and spirit of innovation.

Silicon Valley is not, however, a perfect utopia. In fact, its position is not a sustainable one.

The Race is on

Silicon Valley is not, however, a perfect utopia. In fact, its position is not a sustainable one.

As the top tech giants hoover up the best talent, the smaller companies are fighting for a pool of talent that is growing at a slower rate than previously seen. This will ultimately impact their bottom lines as salaries go through the roof artificially. Engineers won’t be paid $300,000 because they deserve it, it will be because that is the benchmark.

This is taking place against a backdrop of political and economic change. With Biden’s attack on big tech ushering in a new age of regulation, poor IPO performances from the likes of Uber and Lyft forcing investors to apply more scrutiny to funding applications, and the rise of public demand for accountability disrupting revenue streams, the startup map is beginning to shift.

Cities like London and Tel Aviv are receiving record levels of venture capital this year, and even my home country of Romania is a leading source of tech talent in Europe—Silicon Valley isn’t the only destination in demand.

But with healthy competition being a fundamental principle embedded in the culture of the Valley, this will only help to increase the flow of the creative juices that drive forward the technology that transforms our lives—and that’s just the wine from the vineyards down the road.