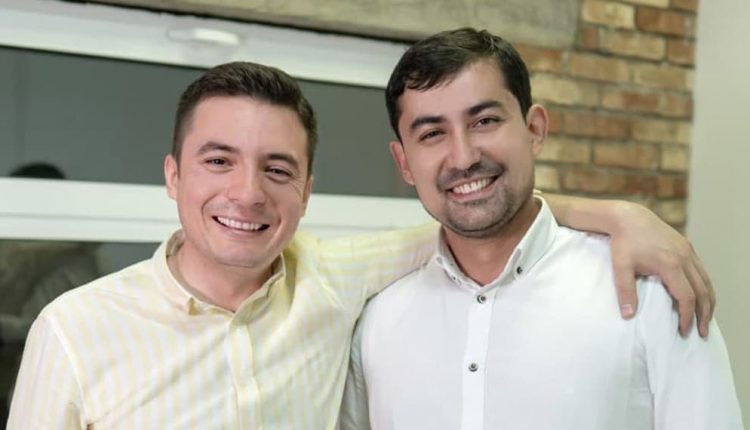 Abdullo Kurbanov, co-founder and CEO of Alif Bank, speaks to CEO Today about Alif and his career so far.

You’ve got an interesting story of coming back home from London against all the odds and building a company in Central Asia. Why start a fintech in Tajikistan?

In the early 2010s, the world was reeling from the global financial crisis. At that time, I had completed my studies at the London School of Economics (LSE) and had held positions at UBS and Oliver Wyman in London. And after spending some additional time in Mongolia, I returned to my homeland – an intention of mine since first leaving Tajikistan.

At the same time, Zuhursho Rahmatulloev, was also undertaking studies at Southbank University and Warwick University. We did initially meet during our time in London in 2008, though our friendship really flourished once we had returned to Tajikistan.  Finally, Firdavs Mirzoev, my brother in law, who completed his LLM at St Louis University in the US was also eager to contribute to Tajikistan’s development.

When we returned, we found that Tajikistan was lagging behind other international markets when it came to technology, customer service and risk management. In addition to high-interest rates and high non-performing loan ratios, making simple payments, like paying for utility bills, required going to a bank and standing in a queue for hours.

Together, we established Alif to help modernise banking in Tajikistan and provide market-leading customer service.. When we launched in 2014, Alif had two full-time staff and two part-time staff. We set up the company in a small office, and like anyone who has launched a business, the initial months of operating were both exciting and nerve-racking. As an add-on challenge, in 2015 Tajikistan found itself amidst a regional crisis that had started from the fall of the oil prices and collapse of the Russian rouble, with the ripple effects impacting Tajikistan’s economy and the banking sector.

Now, over seven years later, I am pleased to say that Alif has over 700 team members and over 600,000 users. Supported by our like-minded investors, particularly, Khofiz Shakhidi, who also became the Chairman of our Board, we have established a firm presence in Tajikistan and Uzbekistan, and are looking to expand into Russia and the UK in the coming months. Most importantly, we are regional leaders in Buy Now Pay Later and mobile payment, with fully in-house written banking technologies.

What have been your biggest mistakes and the most valuable strategic decision you have made so far?

We started with a very limited IT background. We wrote our initial code on an Excel file, powered by Visual Basic since we couldn’t afford to buy a Core banking solution. That file took us up to our first 2,000 clients. Over this period, we were actively seeking Core Banking Solutions (CBS) available in the market.

We tried the one, but when it became clear that customisations needed to fit the vendor’s standard CBS with Alif’s non-standard business model would be too deep and time-consuming for the vendor, we had to cancel. We tried a second vendor and had to cancel again for the same reason. Both decisions were my mistakes and clearly among the biggest mistakes since we had lost almost 2 years before realising how important IT would be to Alif’s future.

Thankfully, by this point, we had already assembled a small team of amazing and daring programmers, accountants/project managers. Due to earlier challenges with vendor solutions, we took a non-traditional decision to write our own Core Banking System based on the suggestions of our young and bold tech team. It took a while, but eventually, we launched in May 2016.

Despite all the challenges and time commitment that came with writing our own Core Banking System, it turned out to be one of the most strategically important decisions we had taken in the early life of Alif. We doubled down on this strategy over time, writing our own CRM, payment processing, mobile wallet, and building a strong and dedicated IT team. This is how Alif became a FinTech company, rather than a traditional bank.

Do you think the success of Alif will encourage natives of Tajikistan and Uzbekistan to remain in their home countries instead of relocating abroad?

One of our objectives is to encourage Tajikistan and Uzbekistan natives to consider a long-term career instead of relocating abroad permanently.

To be completely transparent, “brain drain” is one of the biggest problems developing nations in Central Asia are facing at the moment. To overcome this, we want to provide a working environment that offers Tajikistani and Uzbekistani citizens the opportunities to pursue exciting careers, all the while offering support and training.

Meritocracy, culture, ability to take on great challenges to help improve the lives of people around us, the sense of belonging, giving the ownership of Alif to our people – this is what lies at the heart of what we do at Alif. We want our employees to determine the future of the company, which we believe is fundamental to any attractive business environment. And we also give ownership through employee stocks – today 110+ out of 121 shareholders of Alif are Alif’s employees. And as Alif’s share price has been more than doubling every year, financial gains from this have also been material for our team.

Thus, today, for those who can work at Alif, there is no need to leave the country to self-actualise. They can be with their loved ones and also contribute towards improving not only their own and their family lives but also the wider community.

Tell us about Alif Academy. 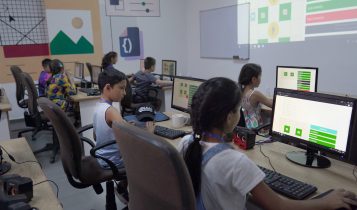 As we faced the challenge of finding people with coding skills early on, in 2017 we established Alif Academy to provide free programming courses. Over time, the academy grew to a full-fledged EdTech project, teaching thousands of people how to code. The best graduates join Alif, and many more get access to jobs and opportunities they didn’t have before. Today we are teaching at elementary schools, we are teaching coding to girls, and we are expanding to other regions.

Alif Academy is training the workforce to meet the skill needs of the future. Simply put, Tajikistan is a landlocked country, which means we cannot be globally competitive in certain sectors. However, I believe Tajikistan has the potential to excel in software and IT services. To turn this potential into a reality, we need to invest in the future. From university courses, regulatory infrastructure, competitive taxation structures and government programmes, we need creative reforms and initiatives so that Tajikistan is globally competitive in software and related services.

What is the most exciting about the future of Alif?

We are building the world’s first Islamic Fintech champion, through our efforts in finance, technology and education. We have written our technologies in an easily scalable way which means we are primed for growth over the immediate and long term. We are now looking to expand in the region and beyond, providing our BNPL, mobile payments and mobile remittance services.

Most importantly, we are keen and committed to serve those members of society who are commonly overlooked, by ensuring people looking for Islamic alternatives have options beyond conventional banking products.