From Rags To Riches: How Rihanna Became A Billionaire 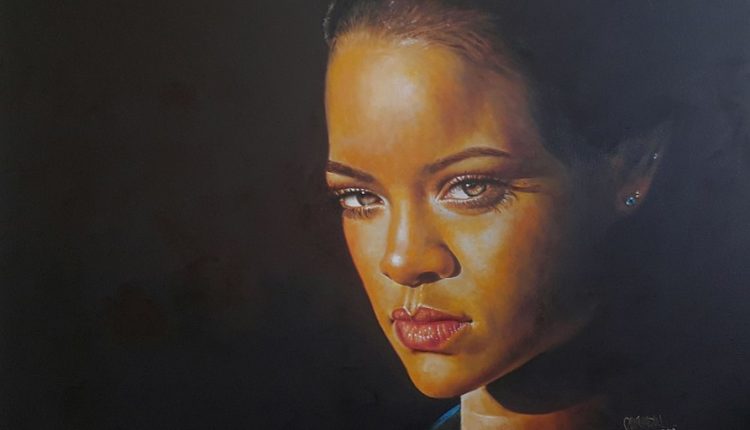 Robyn Rihanna Fenty, now known mononymously as Rihanna, was born in Saint Michael and raised in Bridgetown, Barbados, in a three-bedroom bungalow. Her childhood was defined by pain, abuse, drug use, poverty, and illness. But, with all odds stacked against her, Rihanna went on to release her debut single “Pon de Replay” in 2005. It charted successfully worldwide, peaking in the top five in fifteen different countries and reaching No.2 in the UK Singles Chart. Fast forward sixteen years and Rihanna now has an estimated net worth of $1.7 billion, making her the wealthiest female musician in the world and the second richest female entertainer after Oprah Winfrey. However, while the 33-year-old billionaire may be best known for her music career, it is Rihanna’s businesses that are to thank for the bulk of fortune.

Although the brand’s success was undoubtedly bolstered by its founder’s huge fanbase and its backing of LVMH, Fenty Beauty is far from simply being a “celebrity beauty brand”. It booted open a loud conversation on unrealistic and Eurocentric beauty ideals that have for too long been the norm in the beauty industry. Shortly after its launch, Time magazine labelled Fenty Beauty one of the 25 Inventions of the Year and the “Fenty effect” quickly took hold. Beauty brands, large and small, began expanding their shade ranges to accommodate for a substantially wider spectrum of skin tones. Where 6 or 8 shades had perhaps been the norm, 40 shades quickly became the new standard. In just a month, Fenty Beauty made over $100 million.

The rest of Rihanna’s $1.7 billion fortune lies in her stake in Savage X Fenty, her lingerie brand worth an estimated $270 million. Like Fenty Beauty, Savage X Fenty was praised for redefining inclusivity, creating lingerie for people of all shapes, sizes, and colours within an industry that has long favoured excessively slim figures and white bodies. Savage X Fenty’s bras are available in sizes ranging from 32A up to 44DD while its sleepwear sizes range from XS to XXXL. In an interview with Vogue, Rihanna explained how she’s using Savage X Fenty to promote female empowerment: “Lingerie is not just about exploiting the female body, it’s about celebrating it and that’s what Savage X Fenty is all about,” she said. “Savage to me is such a powerful word. Especially for women, you know. Women are usually looked at as weak and needy and Savage is just that different woman.”

“Rihanna has taken a no-holds-barred approach”

Speaking to Retail Gazette in 2020, Lisa Perrone, chief creative officer at Stylze, explained why she believes Savage X Fenty has seen such huge success: “Rihanna has a powerful growing fanbase and she designs with them in mind by eliminating all boundaries and broadening the definition of beauty in an industry that has traditionally had a more narrow definition,” Perrone said. “She has taken an unapologetic approach to democratising the once thought of ‘risky’ world of lingerie. While other fashion brands have begun to revolutionise this space gradually, Rihanna has taken a no-holds-barred approach in a much more sensitive niche of fashion, lingerie and intimates.”

In 2020, Savage X Fenty saw revenue growth exceeding 200% and increased its active VIP member base by over 150%. By February 2021, just three years after the brand’s launch, Savage X Fenty hit a major milestone as it reached a $1 billion valuation. The milestone followed a round of Series B funding that raised $115 million for Savage X Fenty’s upcoming expansion into activewear. Rihanna currently maintains a 30% ownership stake in her lingerie brand.

Although the vast majority of Rihanna’s wealth stems from her businesses, her music career gave her the fame and status that bolstered the success of Fenty Beauty and Savage X Fenty. Rihanna was just 17 years old when she released Pon de Replay in 2005, having scored an audition with American music producer Evan Rogers when he was visiting Barbados with his wife. Having released 8 studio albums and sold more than 250 million records worldwide, Rihanna has won 7 MTV Video Music Awards, 8 Billboard Music Awards, 9 Grammy Awards, and 13 American Music Awards. However, Rihanna hasn’t released an album since Anti in 2016. For the past five years, the Barbadian singer-turned-businesswoman has instead focused on her successful beauty empire.

Fans may be disappointed by Rihanna’s sudden lack of releases, but from a financial perspective, there’s no denying that her career shift has been an incredibly savvy move by the superstar. With a 2016 net worth of $307 million, Rihanna has made over a billion dollars in the space of just five years.