Can CEOs Really Make A Difference To The World? 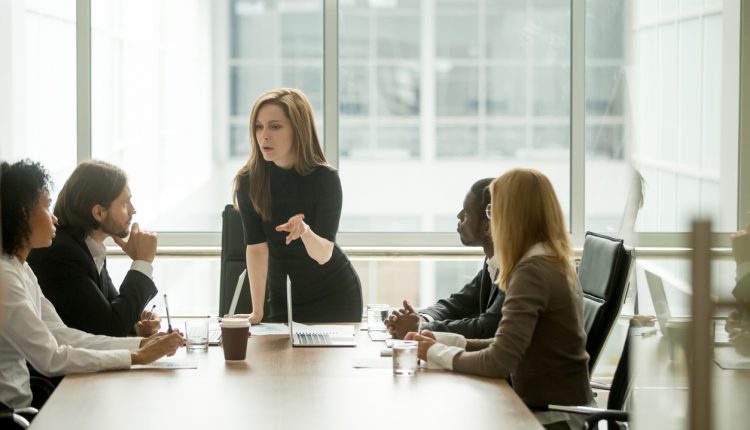 Bridget Grenville-Cleave, a positive psychology consultant specialising in happiness and well-being at work, considers the sphere of influence of CEOs.

Our expectations of companies are rising

The idea that companies can and should try to change the world is hardly new; Corporate Social Responsibility reporting (sometimes referred to as ‘people, planet, profit’) has been around for decades. Fortune magazine’s ‘Change the World’ list recognises companies with annual revenues of over $1bn which have made a positive social impact. In 2020, the Vaccine Makers, a collaboration between 9 global pharmaceutical companies including AstraZeneca, BioNTech and Pfizer, was top of this list. Each CEO signed a historic pledge to prioritise the safety and well-being of vaccinated individuals in the development of the first COVID-19 vaccines.

CEOs matter more than we think

All CEOS are in a position of great influence.  As a business leader yourself, you wouldn’t have got where you are without the ability to persuade, inspire and negotiate with others. It’s not about getting your own way; the most effective leaders are those who bring out the best in others. According to the co-founder of the Center for Positive Organizations, Professor Kim Cameron,  leaders’ behaviour accounts for up to 70% of the variance in companies’ performance, more than any other factor, including culture, strategy and incentives.

Leadership behaviour matters to individual employees too. Job satisfaction, engagement, performance and well-being at work are all increased when leaders are ‘positive energisers’. This is someone who is supportive and generous and expresses appreciation, compassion and forgiveness. Together with research showing that emotions are contagious, the impact of a single CEO is not limited to their company or even to their employees. It turns out that positive leaders can even affect the well-being of employees’ families too.

Our expectations of CEOs are rising

The 2021 Edelman Trust Barometer surveyed 33,000 people in 28 countries and found that CEOs are increasingly expected to speak out on societal issues and fill the gaps left by ineffective or unethical governments. For example, 86% of respondents said CEOs should speak out publicly about challenges like the pandemic and job automation, 66% said CEOs should step in when a government doesn’t fix social problems, and 65% that CEOs should hold themselves accountable to the public, not just to the board or shareholders. These days, being a CEO isn’t only about leading a business, it’s about being a role model in wider society. What, why and how you do things matters.

What can CEOs do differently?

According to Simon Sinek, best-selling author of Start with Why and Find your Why, inspiring leadership depends on being able to communicate why you do what you do. “People don’t buy WHAT you do”, he says, “they buy WHY you do it”. As CEO you’ll be able to express your organisation’s purpose in terms of how products and services create financial value, but can you explain their social value? And can you articulate your individual purpose? He recommends completing the statement ‘To ____, so that _____’. His purpose statement reads: “To inspire people to do the things that inspire them so that, together, we can change our world” Can you identify your ‘why’?

CEOs can create a bigger personal impact by practising mindfulness, which boosts self-regulation and mental clarity. Not only does mindful awareness help us build more positive relationships, but we also become more aware of our motivations, values and emotions. This then frees us to make better decisions. A study of senior business leaders found that mindfulness training developed three crucial skills for successful leadership in the 21st century: resilience, collaboration and the ability to lead in complex situations. Leaders who practised at least 10 minutes a day made significantly more progress.

Leading with compassion is described by former LinkedIn CEO Jeff Weiner as empathy plus action. This isn’t about standing in other people’s shoes, avoiding hard decisions or difficult conversations. Leading compassionately means actively supporting people to achieve mutual goals by finding a role that plays to their strengths and coaching them on their weaknesses, whilst being open, honest and constructive. Compassionate leadership builds trust which results in better, faster decisions.

4. Use social media to boost transparency and authenticity

Five times more employees would rather work for a CEO who uses social media than one who doesn’t; it makes the CEO more accessible and keeps them connected and informed. 74% of financial readers globally trust a CEO who is on social media more than one who isn’t. Rather than trying to sell, experts advise making posts inspirational, educational and fun, perhaps telling a story about how your company is contributing to the greater good or how an employee has overcome adversity. It needn’t be all-consuming; the Brunswick Group says that CEOs can invest as little as 15 minutes per week to discuss their weekly social media strategy and 5 minutes per day to engage online.

The emergence of the science of positive psychology in the late 1990s has led to a growth in the number of organisations taking a strengths approach, for example in recruitment, team development and performance management. A strength can be defined as a ‘pre-existing capacity for a particular way of behaving, thinking, or feeling that is authentic and energising…which enables optimal functioning and performance’. CEOs are in an ideal position to influence a culture where strengths are integrated into the organisation’s mission, values and processes. Studies have found a number of benefits, including lower employee turnover and higher engagement, productivity, sales and profitability. 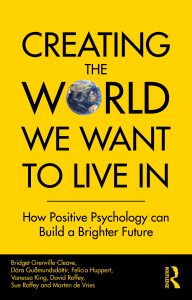 Pilots have a rule of thumb called the ‘1 in 60 rule’, which states that for every 1 degree that a plane flies off course, it misses its target destination by 1 mile for every 60 miles flown. Small actions accumulated over ti

me add up. “Too often, we convince ourselves that massive success requires massive action,” James Clear writes in his bestselling Atomic Habits. This is not the case. The advantage of a science like positive psychology is that it offers a vast array of simple, evidence-based actions that can help CEOs lead more effectively and increase their impact. Over time small changes make significant differences.

Bridget Grenville-Cleave is a positive psychology consultant specialising in happiness and well-being at work and co-author of Creating the World We Want to Live In (Routledge) available now at £19.99.