An Interview With Group CEO Of Reliance Entertainment Shibasish Sarkar 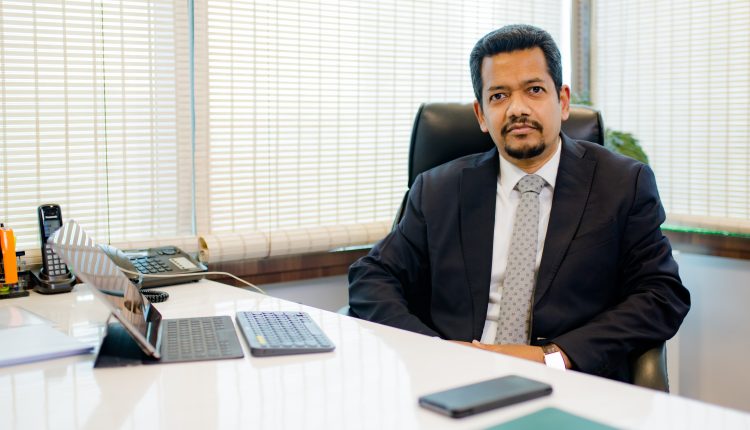 With over 27 years of experience across the media and entertainment industry, Shibasish Sarkar has produced more than 500 films, raking in over $5 billion in box office figures, along with more than 90 TV shows, and over 10 OTT series.

As the Group CEO of Reliance Entertainment, one of the biggest international production houses with a stake in Spielberg’s DreamWorks Pictures and co-Founders of Amblin Entertainment, Shibasish has a seat at the table amongst the world’s biggest media and entertainment personnel. With 300+ commercially and critically acclaimed movies in its portfolio, Reliance Entertainment has been distributing and syndicating films across 100+ countries.

What inspired you to go into the media & entertainment industry?

I started my career in 1993, with a background in finance as a certified Chartered Accountant and Cost Accountant. My journey started in the public sector undertaking in India in the FMCG manufacturing industry, but from an outsider’s perspective, I developed an intrigue in the media and entertainment industry. When I look back on why I chose to switch from the FMCG manufacturing industry to media and entertainment, I think the main reason was the fact it was a fairly new, upcoming sector at the time in India. I liked the idea that the industry didn’t have 200+ years of norms, cultures, rules and standards and there was scope to be creative. Compared to the manufacturing industry where certain processes are simply cast in stone, the media and entertainment industry excited me because it was so open to interpretation and innovation.

When I look back over my 18-20 years in media and entertainment, technology has shifted so drastically, and the nuances of this business are almost unrecognisable. When I first dealt with Netflix in 2006, I could not have foreseen that in 15 years or so it would be as large as it is today. At the time, Reliance was supplying video rentals to a company that was thriving, but the fact this digital platform came in and turned the entire industry on its head was fascinating and exciting.

I think the media and entertainment industry is one of the best stimulants for your own entrepreneurial abilities. There is always an opportunity to create something new, just as Netflix did all those years ago. There’s nothing to say the next innovator isn’t around the corner ready to shake the entire notion of entertainment up again! This industry simply doesn’t stand still.

What is the most valuable lesson that your career has taught you so far?

The most important lesson I have learned in the course of my career, across both industries,  is that it is so important to carry people with you. Our industry, and culture at Reliance Entertainment, is extremely people-centric. You have to create great teams and get the best output from them. You have to be with your team on the good days and bad days because forming that kind of collective group is almost a guarantee of success in the long term. That’s not to say there won’t be setbacks along the way, as there always are, but ultimately learning to be people-orientated is my most important message. There are so many facets to creating a ‘work of art’ in entertainment that will be consumed by millions of people. Hundreds of people come together for the production of a film – from sound, lighting and photography to actors and directors. You’re not relying on machinery, you’re relying on the creative talent and professionalism of real-life people who are grouped together for an end product.

Earning their respect is so important and building strong people management skills is crucial.

Post-pandemic, do you think that patterns of content consumption will return to their pre-pandemic norm, or do you think the changes we’ve seen are here to stay?

I’m a strong believer that the experiences of entertainment consumption will return to normal because the dramatic changes which we have experienced over the past one and half years have been enforced upon us. It’s not reflective of a snub towards cinemas for example. People have been consuming content from their homes using technology and subscription for OTT platforms has certainly grown, but this is natural given the theatres were shut. During this time, people were willing to open and there is much excitement now that they are.

I maintain that the theatre and OTT experiences are two entirely different things that can co-exist and thrive. You have to consider that somebody puts aside around two or three hours to view content in a theatre, often collectively with their friends as part of a social experience, but with OTT streaming it can be entirely at your leisure or if some free time arises. Plus, you can literally pause and resume at will. They are entirely different.

If you look at certain nations like China and South Korea that have opened up their cinemas, it’s almost back to a pre-pandemic level for footfall. As and when each country opens up, we’re seeing a strong return to cinema’s which suggests that the habit of collective viewing remains. At the same time, I believe that content where you don’t necessarily need an ‘experience’ and you can enjoy them on a smaller screen, audiences will be happy to watch them from their home. This is the case for films that are not necessarily ‘blockbusters’ where you need the sound and big screen to add to the enjoyment.

I think something which is changing as a result of the pandemic is the marketing of productions. We’ve witnessed the growing success of digital marketing vs. newspaper print and ad boards because digital consumption is at an all-time high. I think this is something that is here to stay, and digital industries such as gaming are going to reap the rewards of this.

In May of this year, it was announced that Amazon would be acquiring MGM. What do you think this acquisition will mean for Hollywood and the wider streaming and content industry?

It was a significant acquisition, perhaps a milestone of sorts for the industry. The 18 months has put a lot of strain on the media and entertainment industry for obvious reasons, but the result is an additional activity in the way of major deals and acquisitions – such as Amazon with MGM, and you hear of others.

One of the largest platforms in the world, whose original objective has always been e-commerce, is taking control of one of the world’s best libraries in MGM – an announcement that entices consumers to spend money in itself.

One of the biggest content creators joining hands with one of the world’s largest distribution platforms is a recipe for success that cannot be denied.

The impact on the industry is that it will create a fresh level of competition and more acquisitions. It’s a wake-up call of sorts that will likely result in a chain reaction of responses. I think we’ll see some significant movements from the likes of Netflix, Disney+ to reinforce their position – whether that be acquisitions of libraries and studios, long-term talent deals and exclusive rights to major series. This is all positive from the perspective of the industry ecosystem. It’s a new phase of the competition!

How have you tackled the challenges posed by the pandemic and what has been the industry wide impact?

The pandemic has had a significant impact on our industry. In March 2020 when the news of COVID-19 really went global and it was becoming clear that it was a global health crisis and not an isolated issue, we had almost seven ready-made films which had been shot and finalised and suddenly theatres across the world were shut down. 18 months down the line, I have managed to release four out of the seven directly to digital, with the other three awaiting the mass reopening of theatres.

Honestly, from a production perspective it was a nightmare because the films which were supposed to be on the floor remained in the development stage and everything got stuck. Although shooting restarted last October/November, there were many challenges on a production level. We had to have very strict protocols and medical infrastructures to ensure the safety of our teams – from serious levels of testing to PPE and crowd control. Planning was pretty much doubled and working with smaller teams meant longer shooting periods and increased budgets, not to mention the fact you couldn’t go ahead with some of the preferred locations because it simply wasn’t viable, such as real locations. Then you can imagine that when the second wave struck in India this year, everything stopped again and plans were up in the air.

It has been a big challenge in terms of cash flow, which came to a standstill. Stakeholders couldn’t make payments and they couldn’t receive them either, but somehow the industry managed to stick together and help each other through.

Film-making is a completely different world now to before, and the budgets have shot up. But we realise that this is all essential for the safety and wellbeing of everyone, and the industry needed people to accept this in order for it to restart.

Finally, what is next for Reliance Entertainment?

There is something special about pressing resume after such a challenging period and it also means we have a lot in the pipeline, which after a tricky year and a half, is so refreshing. We have two international films ready for release, 83 which depicts India’s heroic triumph at the 1983 cricket World Cup, and Sooryavanshi in Hindi. There are also a number of almost complete projects such as ‘Cirkus’ which is inspired by William Shakespeare’s play, ‘The Comedy of Errors’, and at least five other films approaching completion.

We’re also working on the development of OTT productions such as ‘Pan Parda Zarda’ a crime thriller releasing on Netflix, ‘Stardust’ for Amazon Prime and a number of projects with Disney+ Hot Star. We have at least four more new film slates, including highly anticipated remakes of classics, coming up as well. All in all the list could go on, and that’s without going into the details which we cannot yet discuss. It’s a very exciting period for us.