An Interview with Alex Klein, COO of Efficio Consulting

Alex Klein shares what inspired him and his fellow founders to form Efficio, the greatest challenges he faced, and offers his advice to anyone wanting to start their own business. 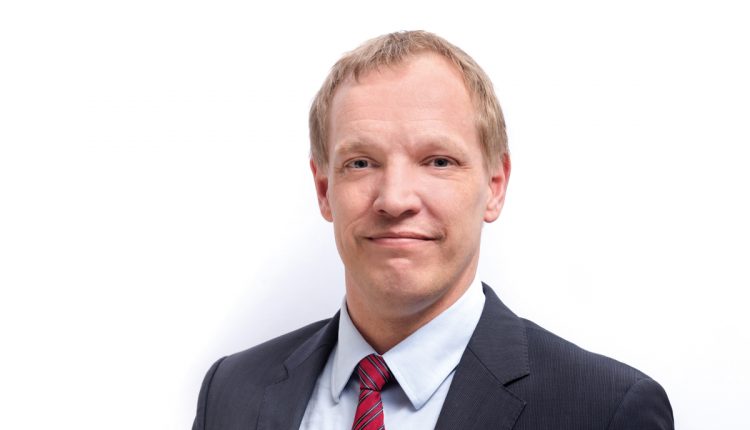 Born in Germany, living in Spain, and finally migrating to England at just 12 years old, Alex began his career in consulting after achieving a BA from the University of Bristol and an MBA from Manchester Business School. Alex was driven to the industry of procurement by a desire to make a big impact, recognising the power that procurement had over profitability and wanting to enable the Chief Procurement Officer (CPO) to be able to deliver that value.

After seven years serving as Principal at A.T. Kearney, and at just 31 years of age, Alex decided it was time to fly the nest and left with six of his colleagues to form their own consulting firm, Efficio Consulting. With no client relations, and beginning as mid-level consultants, the team knew they needed to learn quickly to make the business a success. Starting at the bottom, Efficio was built up client by client, with word-of-mouth recommendations prompting a snowball effect that would rapidly take Efficio to the global enterprise it is today.

What inspired you to form Efficio?

In 2000, the six founders of Efficio all had roles at global, premium consulting firms.  However, during the dot com explosion of 2000, many of our colleagues left the big consulting firms to join start-ups in B2B e-procurement. This meant that suddenly procurement people were in demand, and we all had job offers to join big start-ups with massive venture capital funding. However, we realised that if we were to join these start-ups, we would be mere cogs in a big wheel, so we decided to start our own company – from scratch.

What we saw in the consulting market was a lot of large, generalist consultancies with very high day rates and clients who were increasingly dissatisfied with a perceived lack of expertise in procurement. However, when those clients looked at the niche, specialist procurement consultancies, they found that the calibre of those firms was not nearly as strong as the glitzy, big global firms.

We saw a gap in the market, and the six of us set up Efficio. The USP was “combining blue chip ‘big consulting’ credentials with niche depth of expertise and execution”. And we carried that off credibly.

We were indeed ‘blue chip consultants from premium global firms’, but we combined this pedigree with a laser focus on procurement – and it worked. Clients were very attracted to the combination of “top consulting quality” and “niche firm expertise”.  As a result, over the last 21 years we’ve built a global firm with 450 employees, and we are still seen as “the premium niche firm” in procurement.

What were the greatest challenges you faced when forming Efficio?

The biggest challenge was that we had no idea what we were doing! We were not a group of partners – we were six mid-level consultants. We managed projects, but had no idea how to sell work, how to build a client relationship, and how to bring in revenue. These are things that the large firms find difficult so, for us, with no brand and no track record, it was even more of a challenge. This meant we had to learn on-the-job.

In the first 18 months, our learning curve was ridiculous! Yet we developed a winning proposition, we sold it to the first few clients, and we slowly built credibility, project-by-project.

The fact that the six of us had managed to raise only $1m in venture capital, was a further challenge. We actually ran out of money after 18 months. However, we had a very large anchor client at the time whereby 100% of the fees were paid based on results achieved at the end of the project.  We delivered significant savings to the client which resulted in a large one of payment which was in effect our second-round funding.  This set us up for success.

We took a lot of risks, we worked incredibly hard, and we persevered – which definitely paid off in the end.

What is the best piece of advice you could give to someone who is wanting to start their own business?

Be careful! 90% of new businesses fail within the first couple of years, so you need to ensure you have a proposition that fills a gap in the market, that meets a need that has hitherto not been met – or not met well by the incumbent providers. You then need to quickly show that your proposition works by building up a roster of case studies. When you’re starting out, and you only have a handful of clients, you can’t afford not to deliver.  You have to over-deliver for every one of those clients, so that you slowly build up a word-of-mouth reputation.

Another piece of advice is, be patient!  Yes, there are examples of companies like LinkedIn or Google that sell for billions of dollars 18 months after being created. This is not the norm.

Beyond this, there is no substitute for hard work, grit, and perseverance. Success takes time, and it doesn’t come easily.  Most consultancy start-ups are started by individuals, who then quickly become overwhelmed and throw in the towel.  The fact that Efficio was founded by six of us made a huge difference – we had enough arms and legs to get the company off the ground, and we were a team that were “in it together”.  And it seems that, across the six of us, we had the required skills and competencies to make Efficio a success.

Are Business Cards Still Important In 2022?