Lightning Bugs, Snow and the Importance of Inclusive Language 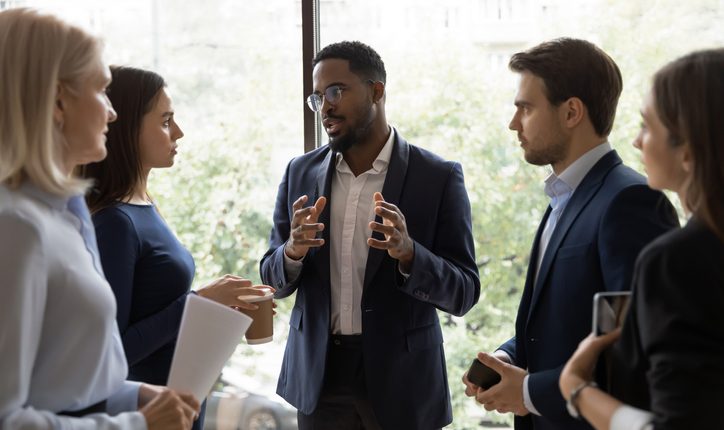 Words are important. Language is a prism through which we all experience the world — it’s how we interact with the culture around us. And so it follows that there is a clear and powerful relationship between how we talk and how we perceive the world around us.

An often-cited example of this comes from the Sapir-Whorf hypothesis, which evidences how language shapes our reality. Linguist Whorf provides the example of the Inuit words for snow; the Inuit people are inhabitants of the Arctic, and consequently, the Inuit language has many words for snow. English, on the other hand, only has one.

Whorf argued that Inuit people “see” snow differently than speakers of other languages. A different experience of reality, constructed through language.

Another interesting factor to note is how the use of tense in language, or the absence of it, impacts our sense of the future. For example, certain languages (such as German) do not frame the future in a specific way. These languages are called ‘present-tensed’, in contrast with English, for example, which is future-tensed. Language structure actually impacts the way we see and think about the world (an idea that was popularised by Whorf): a study showed that people who speak present-tensed languages are more likely to engage in climate-conscious behaviour as the future is not a conceptual, nebulous idea. It appears somehow closer when tomorrow is spoken of as if it were today.

The same applies to other areas too, like finance and how people spend their money because the structure of their language has taught them to think in a specific way. Language certainly plays a part as a cultural marker, but it can also influence behaviour.

Inclusion is your business

Diversity, equity and inclusion (DEI) is a high priority on global business’ agendas.

The business case for DEI has never been so clear than at present. Research from McKinsey finds that companies in the top quartile for gender diversity on executive teams are 25% more likely to have above-average profitability than companies in the fourth quartile – an increase from 21% in 2017 and 15% in 2014.

Moreover, the report found that the greater the representation, the higher the likelihood of outperformance — the most gender-diverse companies rate 48% higher than the less diverse ones. The case is equally compelling for ethnic and cultural diversity, with companies in the top quartile for diversity outperforming those in the bottom quartile by 36% in profitability.

Businesses of all shapes and sizes need to develop an inclusive language strategy, ensuring brands, consumers and colleagues are together building a better, more nuanced and accepting world.

Since October of last year, Google Chrome has included guidance in its official code style guide on how to write “racially neutral” code. The document clearly outlines that Chrome developers are to avoid the words “blacklist” and “whitelist” in favour of the neutral terms “blocklist” and “allowlist” — addressing a subtle but impactful form of racism.

A report from UNESCO identified bias with voice assistants, with the vast majority being designed and gendered as female. Researchers at the Institute of Information Systems and Marketing found that “gender-specific cues are commonly used in the design of chatbots and that most chatbots are – explicitly or implicitly – designed to convey a specific gender.”

The prominence of “female” chatbots encourages stereotypes of women as submissive and compliant. UCLA professor Safiya Noble said in 2018 that chatbots can “function as powerful socialisation tools, and teach people, in particular children, about the role of women, girls, and people who are gendered female to respond on demand.”

Over the years, we have been advising numerous clients on how to best roll out inclusive language across different markets, bearing in mind market maturity and actively ensuring that language is inclusive across all customer communications. This comes with its challenges particularly in Latin languages, which are constructed in such a way where feminine and masculine are strongly marked and where active efforts must be made to remain as neutral and inclusive as possible.

We are all more conscious of our words and how we use them. From how we see snow, to how we address our audiences, small choices make a big difference in language, and ultimately improve customer satisfaction.

Businesses of all shapes and sizes need to develop an inclusive language strategy, ensuring brands, consumers and colleagues are together building a better, more nuanced and accepting world. Because as Mark Twain said, the difference between the almost right word and the right word is really a large matter.

Keeping Up With Millennials? Brace Yourself For Gen Z

Could A Swap To Hybrid Working Benefit Your Business?

The Future Of Tech Engineering