Income is Not All It’s Cracked Up to Be

It makes sense that luxury goods marketers try to target high-earning customers – but finding a ready buyer is rarely so simple. 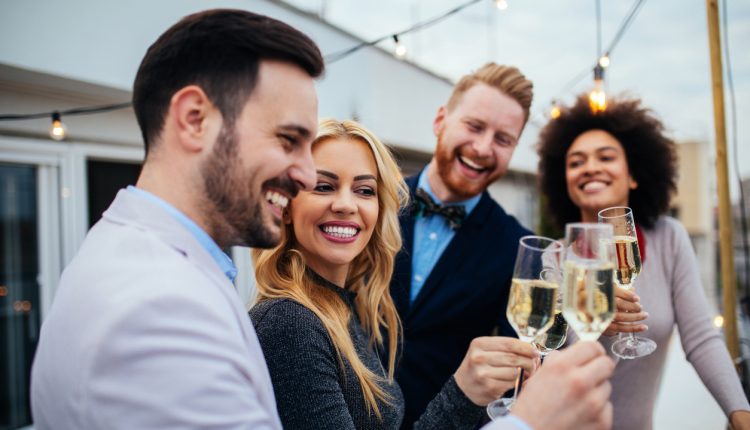 CEO Today hears from Michael Solomon, a global consumer behaviour expert and the author of ‘The New Chameleons: How to Connect with Consumers Who Defy Categorisation‘, on why the “poor vs rich” distinction may be damaging your business.

“The rich are different from you and me.”
F. Scott Fitzgerald

…And it turns out that they also are different from one another. Obviously, income is the way many of us “keep score” in our consumer society. A popular bumper sticker proclaims: “He who dies with the most toys, wins.” Even a person’s credit score sometimes doubles as an admission card, when dating sites like Datemycreditscore.com use it to screen potential suitors.

But in today’s highly fragmented culture it’s a mistake to blindly pursue “the rich.” Imagine two affluent women, both of whom make $500,000 per year. One owns a successful home renovations business, while the other is a trial attorney. Can we assume that these two women share a lot of other characteristics, such as interests in apparel, travel, cars, or music?

Many marketers love to target affluent, upscale markets. This often makes sense, because these consumers obviously have the resources to spend on costly products that command higher profit margins. Having said that, important marketers like Procter & Gamble and Unilever also discovered riches at the bottom of the income pyramid once they realised that, by selling millions of products at very low prices, the sheer volume can sometimes compensate for lower profit margins on each widget.

But even companies that want to capture the affluent consumer often need to move beyond simple income to become more surgical with their targeting. It’s a mistake to assume that we should pigeonhole everyone with a high income into the same category. One simple reason is that income is only one variable that drives consumer tastes and preferences. Social class is far more complicated; it links to a multitude of lifestyle choices, and several factors—including where they got their money, how they got it, and how long they have had it—significantly affect wealthy people’s interests and spending priorities.

And after all, how do we even know who is “rich” today? Although income is an objective demographic variable, the reality is that wealth is very subjective. Some people don’t earn a huge amount, but they save religiously, while others do quite well but spend like a drunken sailor. In a 2019 survey by Charles Schwab, for example, the consensus among respondents was that the cutoff point to consider yourself wealthy was a personal net worth of $2.3 million. On the other hand, another survey during the same period by YouGov reported that the cutoff is just an annual income of $100,000.

To compound the problem, you can’t necessarily tell a rich person just by looking at them. Some affluent consumers practice what we call parody display, where they deliberately adopt symbols we associate with people who don’t have such deep pockets, such as ripped jeans and trucker hats, in order to make an “ironic” statement.

In addition, many affluent people just don’t think of themselves as rich. They may indulge in some luxury goods while they pinch pennies on everyday items. One study reported that the typical millionaire is a 57-year-old man who is self-employed, earns a median household income of $131,000, has been married to the same wife for most of his adult life, has never spent more than $399 on a suit or more than $140 for a pair of shoes, and drives a Ford Explorer (the humble billionaire investor Warren Buffett comes to mind).

We also tend to ignore the power of aspirational spending, where shoppers prioritise the acquisition of status symbols that telegraph their wealth to others – even if they’re not actually wealthy yet. Thus we hear about a psychographic segment called the “HENRYS,” short for “high earner not rich yet.” These are younger consumers who earn reasonably good incomes, but still feel broke because they fervently pursue the markers of an affluent lifestyle. Henrys will shop at budget stores like TJ Maxx, but still be first in line when the Gucci store opens. These folks may not be your prime customers now, but they are your golden goose down the road.

“I’ve been poor and I’ve been rich. Rich is better!”

“If you can’t afford a Cadillac, buy a Chevrolet.” The pioneering marketers at General Motors invented the concept of market segmentation when they created separate divisions to meet the needs of drivers with different preferences and resources. Since that time, the common wisdom is that customers who share certain basic characteristics will gravitate to products and services that cater to their common needs. For years, we’ve been able to get away with putting our customers into neat little cages, as we grouped them according to fairly broad ranges of age, gender or income.

As I discuss in my latest book, today many of us look a lot like consumer chameleons, who frequently change our “colours” or identities depending upon the contexts in which we find ourselves – and where worn-out assumptions about how we apply discretionary income don’t always hold water. These gross generalisations no longer apply quite as well in an environment where consumers who bring home fairly low incomes may nonetheless splurge on a few expensive trinkets. Of US women with household incomes under $75,000, for example, three-quarters own a bauble from Tiffany & Co., and one-third have purchased something from Bulgari.

This volatility is especially relevant in economically developing countries, such as South Korea and China, where a rising middle class and decreasing prices for quality consumer goods and services creates explosive demand for luxury products — or at least “affordable” versions of these goods that analysts refer to as mass class or “masstige” products. These changes fuel demand for relatively affordable products that still offer some degree of panache. Companies such as H&M, Zara, EasyJet, and L’Oréal have risen to the challenge to feed this appetite for mass class products. Visa projects that by 2030, 60% of all new consumer spending will come from middle class households.

So, F. Scott Fitzgerald was right: The rich are different – from one another.