Emerging markets are creating new billionaires at an impressive rate. Key to this is foreign investment, a spirit of entrepreneurship – and the multi-family office. 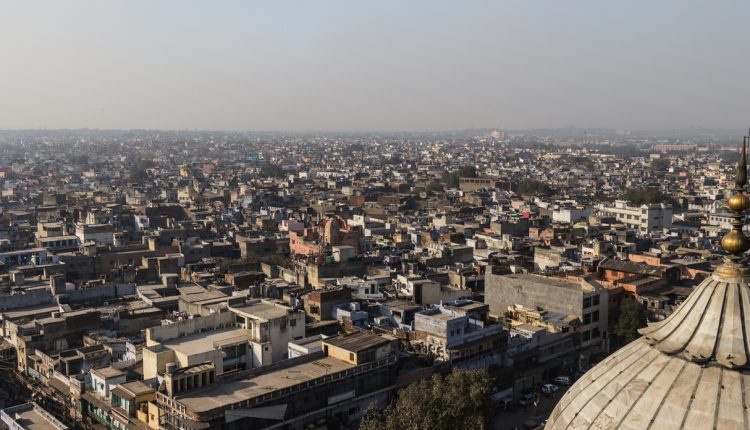 Richard Shearer, Founder and Director of Tintra, offers CEO Today his insight into the role of family offices in supporting UHNW businesses and ruling families from the emerging world.

There is never a bad year to be wealthy

Last year, the World Bank announced that COVID-19 had “plunged the global economy into the worst recession since World War II”. Yet for the world’s 2,755 billionaires, the pandemic has resulted in one of the best financial years on record, with Forbes reporting a collective fortune increase from $8 trillion in 2020 to $13.1 trillion in 2021.

While the Forbes’ annual list of the world’s wealthiest people will never be the most insightful or comprehensive guide to wealth – as the publication’s wealth-estimating methodologies can easily be thwarted by Ultra High Net Worth (UHNW) individuals simply exaggerating their worth or obfuscating it through a variety of clever means – it does, however, provide a good starting point in understanding the proliferation of UHNW’s across the world.

According to Forbes’ latest report, there are now 660 more billionaires than a year ago, and they can be found in almost every country on the planet. In fact, emerging markets such as Brazil, China, India, and Russia feature heavily in the Forbes top ten countries with the most billionaires, while Africa, Central and Eastern Europe, and the Middle East have all seen impressive rises, and are certainly levelling the playing field with the United States and Western Europe.

For the world’s 2,755 billionaires, the pandemic has resulted in one of the best financial years on record, with Forbes reporting a collective fortune increase from $8 trillion in 2020 to $13.1 trillion in 2021.

Antoine van Agtmael is widely acknowledged to have coined the term “emerging markets” in the early 1980s while serving as Deputy Director of the Capital Markets department of the International Finance Corporation (IFC), the private sector-oriented affiliate of the World Bank. Unlike today, inbound investment from the West was minimal in the 80s, blinkered by an unfortunate perception that those countries outside of the ideological battle between Western capitalism and Soviet socialism were somehow “third world”.

Agtmael believed that the term “emerging markets” reflected the “progress, uplift, and dynamism” of these developing countries and the new definition quickly took off. Consequently, billions were deployed by investors and fund managers, creating brisk economic growth mainly via infrastructure development that in turn kickstarted the rapid social change of which we partially see the results today.

While foreign investment has certainly played a part in the rise of these emerging markets, it is in no way wholly responsible for these changes. It should come as little surprise that the countries that make up the emerging world are hives of entrepreneurial activity, and that their people are taking the initiative to ensure their transformation into major economic powerhouses. Unfortunately though even today there is a latent prejudice that creates a layer of business friction not found in Europe and the United States

As Caroline Freund, the Global Director for Trade, Investment & Competitiveness at the World Bank, rightly states in her paper, “Rich People Poor Countries”: “…a new billionaire class has emerged that is testimony to innovation, creativity, ingenuity, and other capitalist skills traditionally associated with advanced economies. Far from disadvantaging poor and middle-class workers, these billionaires have compiled an impressive record of providing employment opportunities that have raised living standards and increased economic stability in countries that have not always enjoyed success in these areas.”

It should come as little surprise that the countries that make up the emerging world are hives of entrepreneurial activity, and that their people are taking the initiative to ensure their transformation into major economic powerhouses.

These new business leaders have a different mindset to wealth generation than their parents and grandparents. Often educated in Europe or the US, the familiarity with the West that this brings means they are comfortable pursuing opportunities that might have been otherwise dismissed by their parents’ generation, who were more risk averse, and quite rightly so.

Increasingly, these individuals are shifting their business interests from traditional industries such as agriculture, energy, property, and raw materials, to develop revenue streams that are independent of the initial sources of their wealth. The simple fact is that over the long term, fossil fuels will run out and there are more profitable industries than agriculture. This is a key driver from emerging economies into the technology space.

This new business outlook also coincides with a different approach to wealth management. The investment strategies of these UHNWs have matured. Acquisition of trophy assets that offer more bragging rights than yield has given way to deployments into income producing assets with much less sex appeal: think data centres in third tier cities, mid-market apartment buildings and infrastructure plays into the new economy.

Put simply, their focus now is on deploying capital in a meaningful way that creates quality yields, and income is king. Doing business in Montenegro might be riskier than Belgravia, but if it offers greater opportunities to generate revenue streams, it is going to win hands down every time.

Wealth stewardship and the multi–family office

While income generation is a priority, so too is the peace of mind that investments are structured with a tangible and achievable exit, so that funds can be easily liquidated. Multi-Family Offices are increasingly taking responsibility for sourcing and managing wealth creation opportunities.

Further, an MFO, in a different way to a Single Family Office, provide discretion to UHNWs in emerging markets. Much like anyone, UHNWs do not want the world to know their day-to-day affairs, the ins and outs of their succession planning or indeed how much wealth they actually have. Public scrutiny can result in mistrust, harassment, and threats with that hangover of emerging market prejudice still evident. In less affluent economies, especially ones which are experiencing hard times, the income gap and lifestyles enjoyed by the very wealthy can come as a shock to the average worker. These problems can be exacerbated by the uncertainty and impact caused by geopolitical risks.

In many countries, the wealth of UHNWs can expose them to political infighting. Whether they support the status quo or not, they inadvertently become a threat to one side or another, which can leave them in a perilous situation whenever there is a power shift in their country. It is hard to stay away from these discussions if you are a multi billionaire in a $50 billion economy, you matter, whether you like it or not. A well-structured family office will ensure that an UHNW’s wealth is protected by diversifying investments across risk off jurisdictions and sectors. It might also ensure that UHNWs have access to a second or third passport, whether by “citizenship-by-investment” or the traditional “residency” route that provides further insulation from political risk – which in turn not only brings peace of mind, but it also makes good business sense, allowing UHNWs to travel freely and without bias or suspicion.

As emerging markets develop over time and wealth trickles down, we should expect to see the perceptions of wealth creators in the emerging world improve, allowing their UHNWs to become more accepted and integrated in the global economy. Much as the Gulf wealth has already done, Africa and Asia will follow.

In the meantime though, we can expect to see a greater proliferation of family offices, which have become a modern-day necessity for those looking to safeguard their wealth and their families.